The pairings for the baseball playoffs are all set. The field came together Sunday without the need for any tiebreakers. The Boston Red Sox and New York Yankees both won on the final day of the regular season, and they'll meet Tuesday night at Fenway Park in the AL wild-card game.

The Red Sox, at one point down 5-1 against the Washington Nationals, came back to tie it and then took the lead with a mammoth 2-run homer from third baseman Raphael Devers, winning 7-5.

Devers’ second homer of the game — and 38th of the season — came on a drive to straightaway center field off Kyle Finnegan on a 2-1 pitch with one out after Kyle Schwarber reached on an error Sunday. It capped a four-hit, four-RBIs afternoon for Devers.

But Sox slugger J.D. Martinez left the regular-season finale against the Washington Nationals in the sixth inning with a sprained left ankle. Martinez is usually a designated hitter but was playing right field in the National League park. Boston replaced him with a pinch-hitter in the top of the sixth. Martinez began Sunday with a .286 average, an AL-leading 42 doubles, 28 homers, and 99 RBIs.

For the Yankees, Aaron Judge drove home the winning run with a one-out single in the ninth inning to clinch a playoff berth on the last day of the regular season by beating the Tampa Bay Rays 1-0.

Yankees shortstop Gio Urshela made a Jeter-esque catch, charging recklessly into the visiting dugout, and New York finished the year 92-70, punching a fifth consecutive postseason ticket after nearly falling into a labyrinth of tiebreaker scenarios.

All Rise to the Occasion. pic.twitter.com/EOtbLMglep

RELATED: 'It’s almost like modern-day art' | Card collecting surges in Connecticut - and its not all about baseball 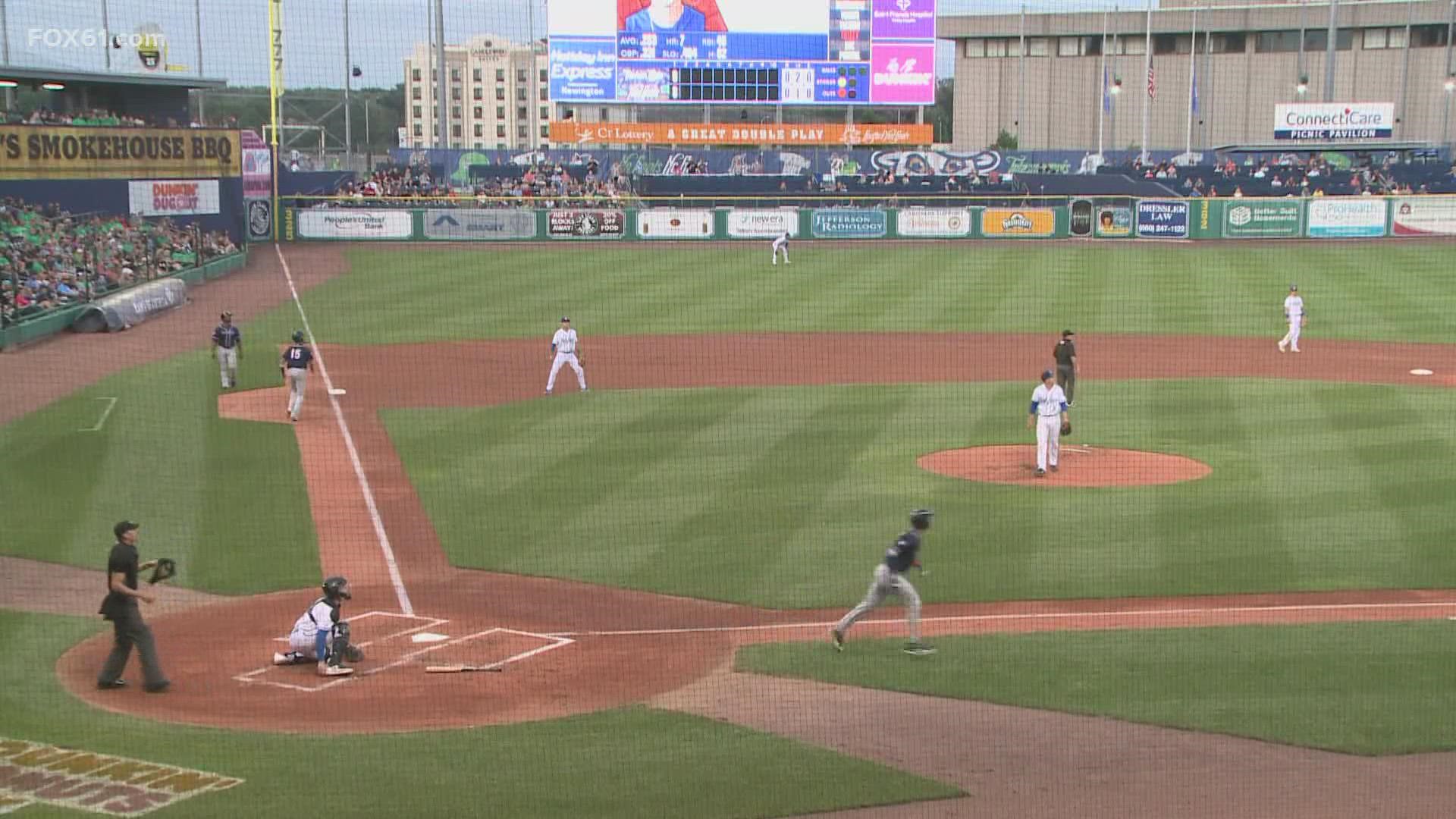