"I want to be with my teammates competing, but at this moment there are things more important than hockey in my life, and that is being with my family," Rask said. 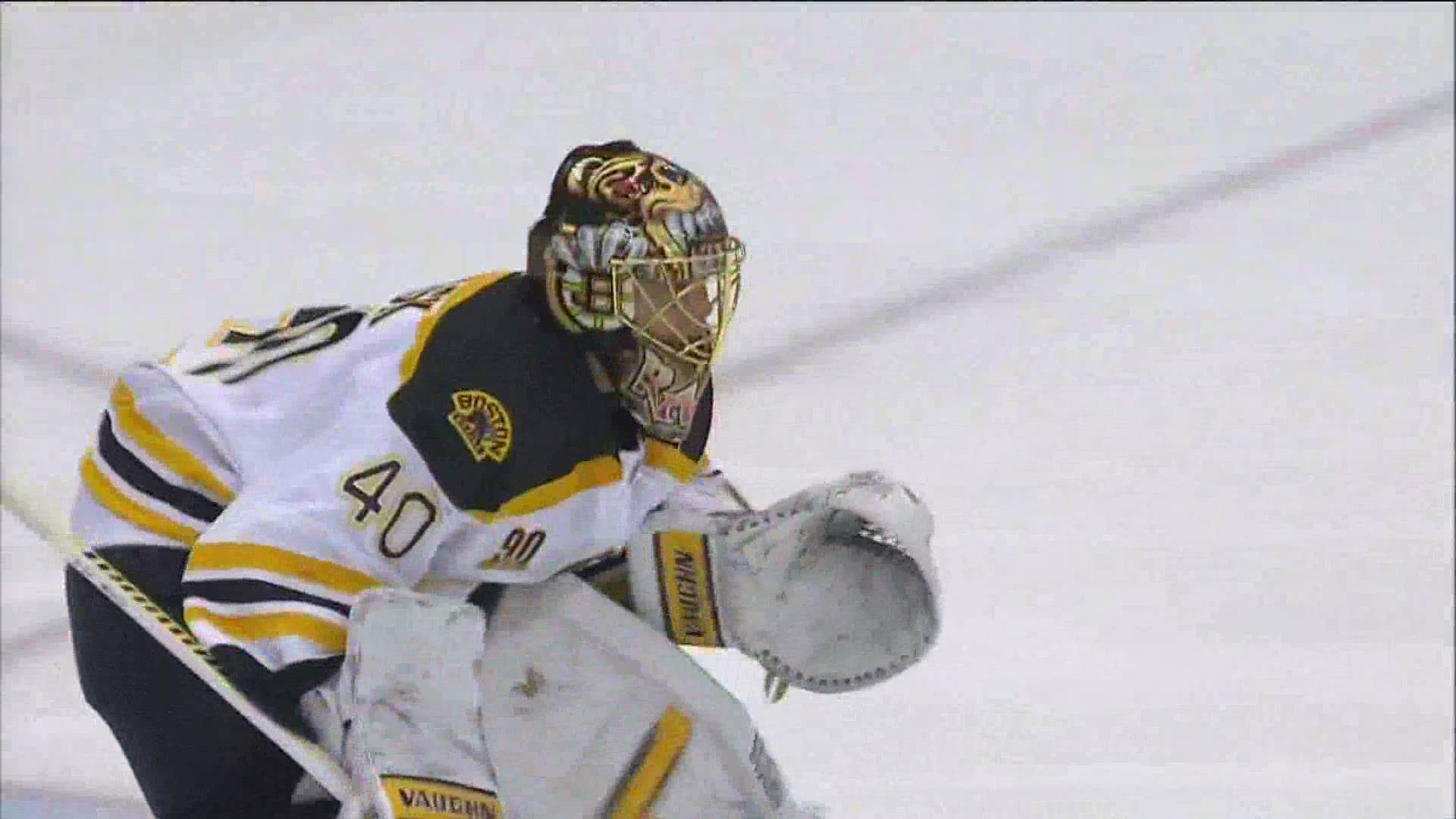 TORONTO, ON — Just hours before the Boston Bruins are set play Game 3 in a tied playoff series with the Caroline Hurricanes, Bruins goalie Tuukka Rask announced he is opting out of the remainder of the season.

"I want to be with my teammates competing, but at this moment there are things more important than hockey in my life, and that is being with my family. I want to thank the Bruins and my teammates for their support and wish them success."

The Bruins coach and general manager are holding a media-only press conference Saturday before the game.

According to NESN reports, general manager Don Sweeney said, "We understand completely where [he's] coming from. ... This has been a difficult decision for Tuukka, but the Boston Bruins are in full support [of his decision]."

#NHLBruins goalie Tuukka Rask has opted out of the NHL's Return to Play: pic.twitter.com/r3c7wjaTwR

Rask was anticipated to start in Saturday's game, which is set for noon. After dropping Game 2 to the Hurricanes, Rask expressed "feeling a lack of playoff atmosphere within the bubble," Eric Russo of BostonBruins.com reports.

Bruins coach Bruce Cassidy said, "I didn't speak to him after his comments," Cassidy said. "I think the Boston media knows him well enough, he answers his questions how he feels. It is a unique environment, but to me there is playoff intensity on the ice. You've just got to control what you can control when you're a player and, in my situation, a coach.

With Rask out, Bruins backup goalie Jaroslav Halák will likely be in the net Saturday and for the remainder of the season.

RELATED: Bruins try to get back on track in playoff series against the Carolina Hurricanes

RELATED: The voices of the Boston Bruins are ready for the postseason, despite calling the games from 500 miles away