EAST HARTFORD — A video of an East Hartford student singing is starting to get a lot of attention of the Facebook community. The video was shared by the g... 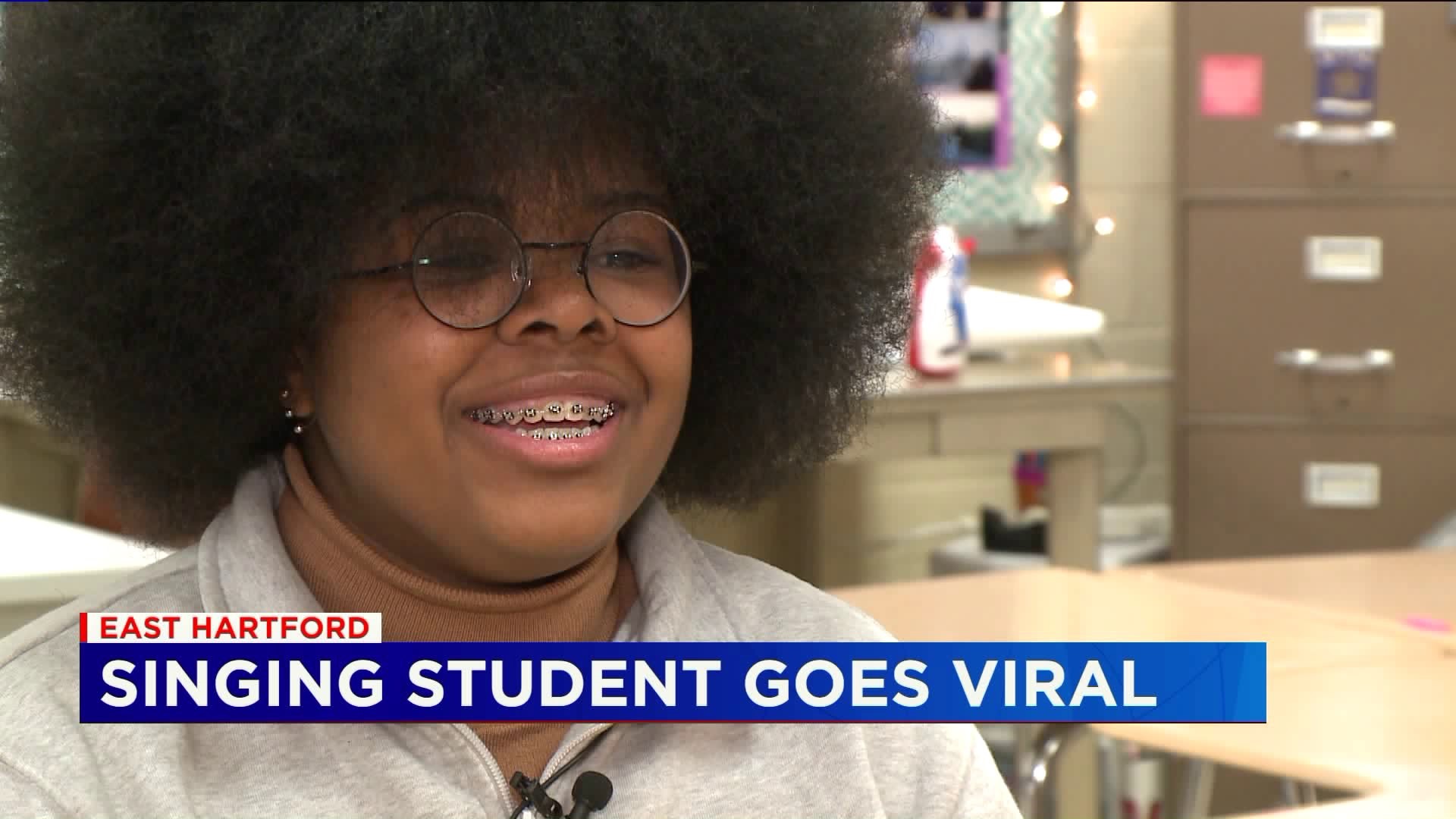 EAST HARTFORD -- A video of an East Hartford student singing is starting to get a lot of attention of the Facebook community.

The video was shared by the girl's teacher on Thursday and shows the student singing a rendition of Andra Day's "Rise Up."

Lillian Bertram is a senior in Mrs. Goletz’ first period AP Psychology class. While Goletz is aware of just how incredible of a student Lillian is, she says she never knew how amazing of a singer the 17-year-old is.

A fellow colleague recently asked Goletz, “Do you know that she’s a really great singer?”

To which Goletz responded, “no I didn’t know that, she’s pretty quiet.”

Goletz asked Lillian to sing for her the next day and to her surprise Lillian had amazing voice that brought her to tears.

“Just the power behind those words and the fact that she was standing right next to me singing it and I had not known that she had this amazing ability and talent,” Goletz said.

The video has now been viewed more than 200,000 times as of Tuesday afternoon. Lillian said she was shocked by response.

“I was like stop you’re lying this is crazy and so it was very overwhelming and at the same time it was amazing for me I was like wow I can make an impact on the world.”

Lillan plans to attended University of Hartford to study business but says she plans to use her musical talent to help other one day.

At the time of this article was posted, the Facebook post had over 500 likes and over 400 shares.

The students teacher, Ashlee Goletz, even tagged Ellen DeGeneres page in an effort to bring attention to her student's talent.

Watch the performance below: