OMAHA, Neb. — Nika Muhl scored 15 of her season-high 19 points in the first quarter and No. 1 Connecticut won the outright Big East regular-season championship with an 81-49 victory over Creighton on Thursday night.

They never lost a league game in their seven years in the American Athletic Conference, and now they’re two wins away from being perfect in their return to the Big East.

Temi Carda had a season-high 24 points for Creighton.

For the 20th time in program history, the Huskies are @BIGEASTWBB Regular Season Champs! pic.twitter.com/R6tvTDRLcW 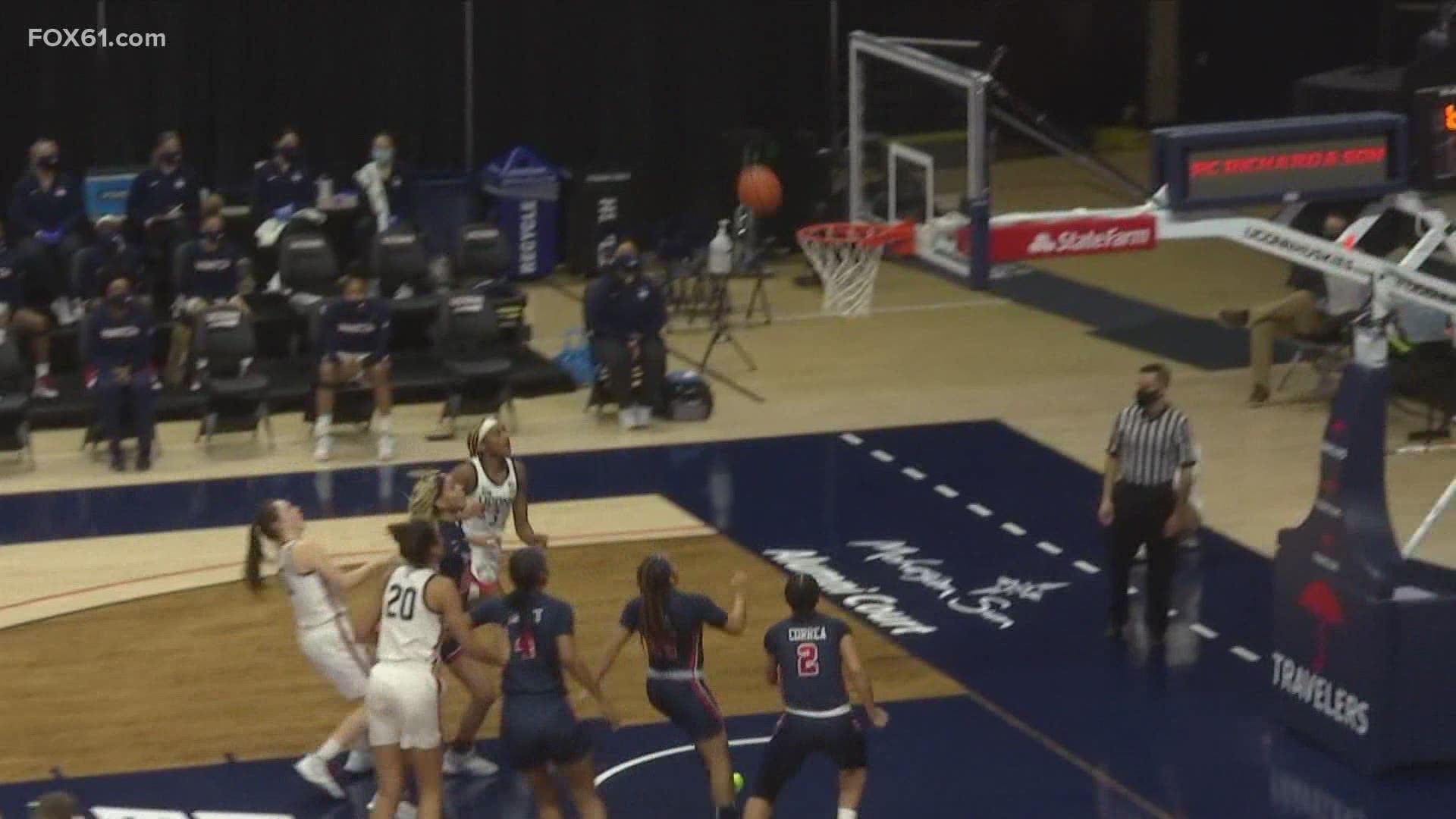