Heading for the hills, Winter is a reality in April

A Spring snowstorm brought 4.6 inches of frozen precipitation to Norfolk by the time it ended on Friday afternoon. 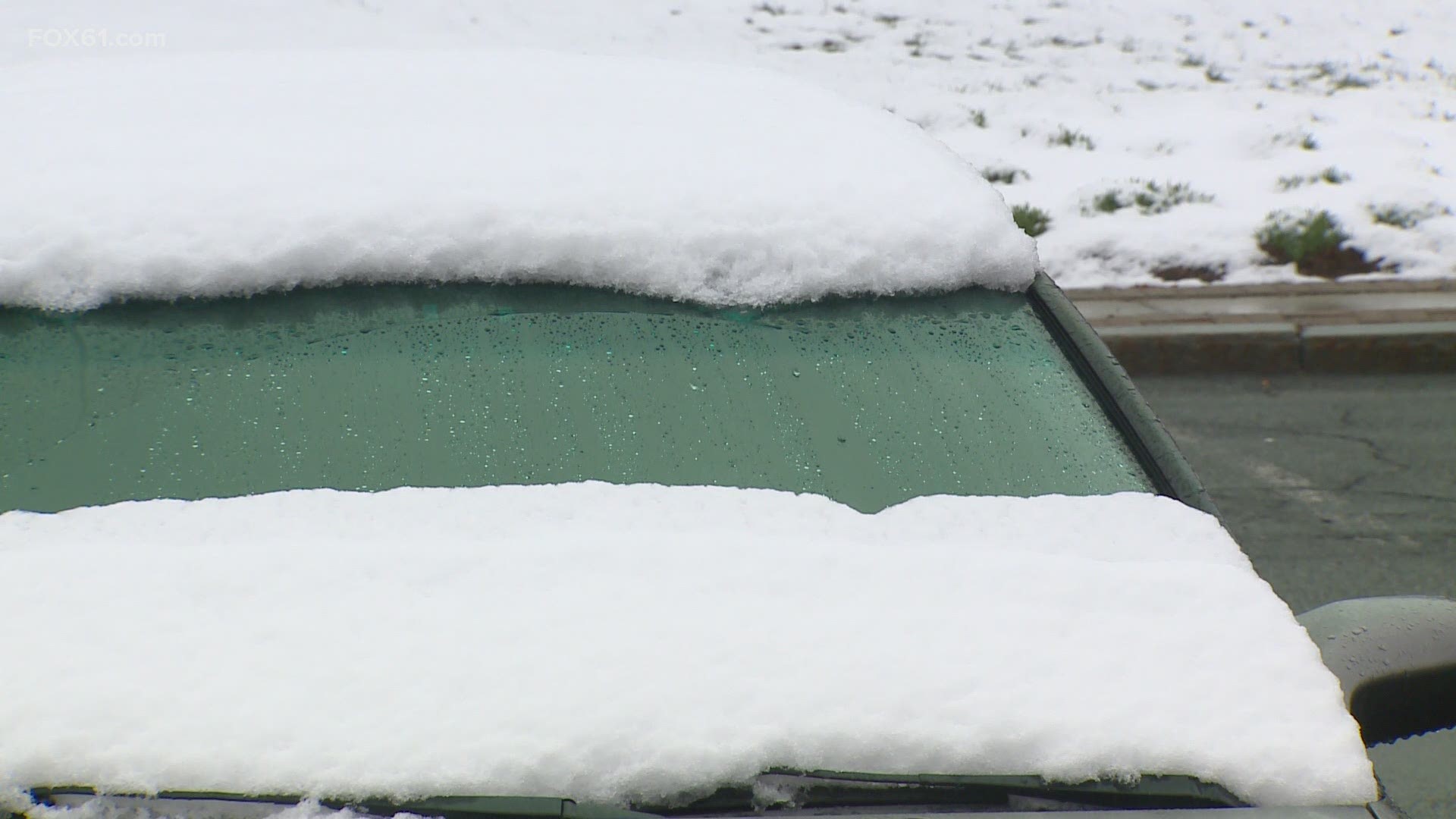 A winding uphill drive on Route 44 West from Hartford brings you to Norfolk, known as the “Ice Box of Connecticut”.

The name sticks, even in April, where a Spring snowstorm brought 4.6 inches of frozen precipitation to Norfolk by the time it ended on Friday afternoon.

“It’s April in Norfolk, anything is possible,” said Jon Barbagallo, the longtime public information officer for the town and a fixture at the fire department. Barbagallo noted that while trees and yards saw plenty of heavy, wet snow, “thankfully it was not on the roads.”

Outside the snow-covered green by Infinity Hall, where Sharon and Walter Baran said they had just made the drive from Harwinton.

“We had a nice drive here from Harwinton,” said Sharon, “there’s a lot more snow here, it’s beautiful.” Longtime town resident Lou Barbagallo, who is Jon’s father said, “this is a nuisance, I mean if we’re going to have a snowstorm, let it be a good one – this one is just preventing me from hitting golf balls.” The younger Barbagallo said, “it is what it is, this is New England.”