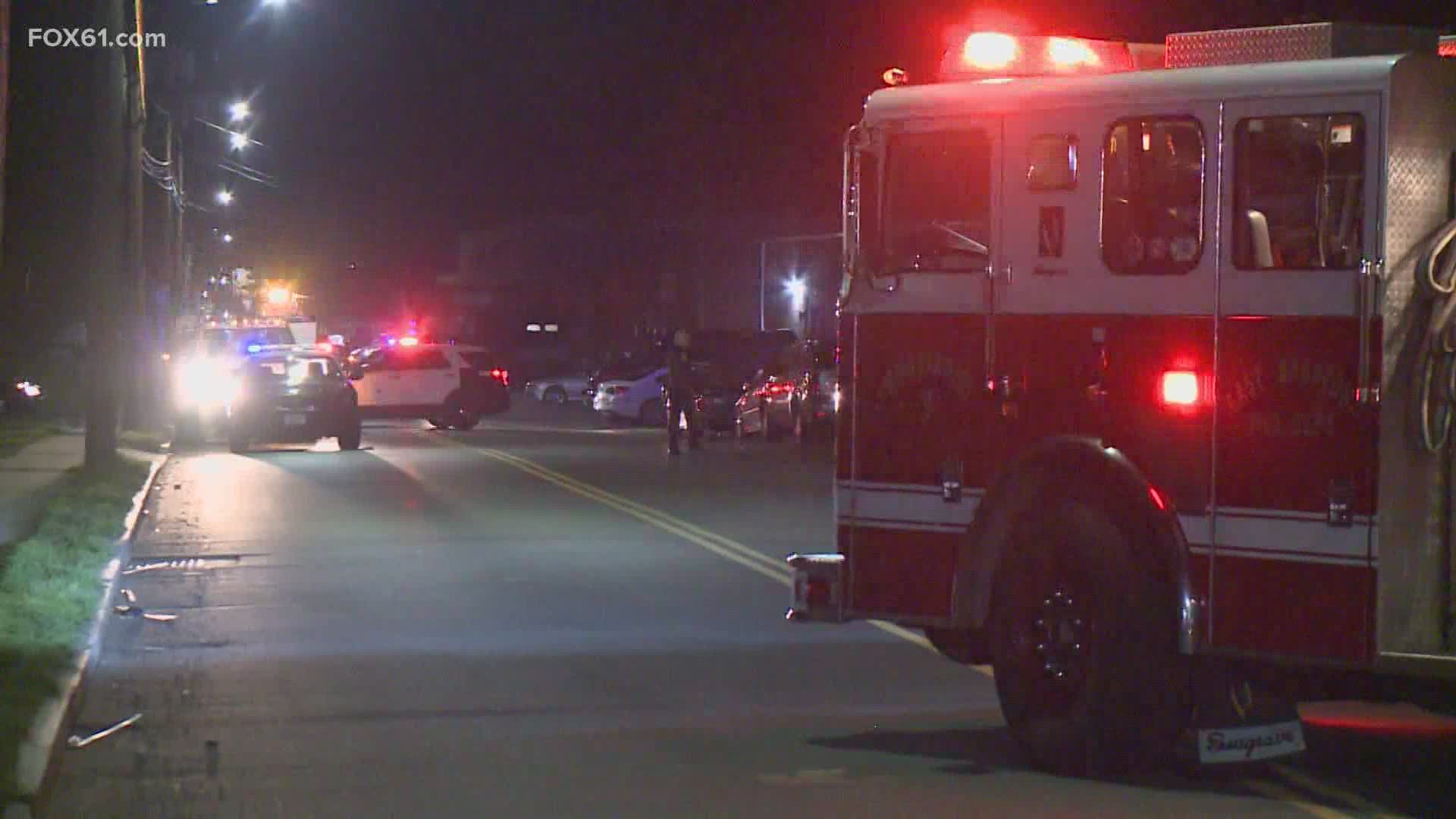 EAST HARTFORD, Conn. — Two East Hartford police officers are out of the hospital this morning after their cruiser was struck during a pursuit last night.

One suspect was arrested but police said they are still looking for two more suspects involved in this incident.

According to police, officers had spotted a stolen vehicle on Park Avenue late Tuesday night.

The suspect car then drove away north on Main Street, striking one cruiser and injuring that officer. Officers initially pursued the vehicle but eventually called it off.

Sometime later, police said an officer spotted the vehicle once more and followed it behind a warehouse near Park Street and Franklin Street.

According to police, that's when the vehicle rammed another police car head-on. The vehicle became disabled and police said three suspects got out and ran from the scene.

Police said the second officer who was injured had attempted to try and catch the suspects despite his injuries. But then, one of the suspects stole the second cruiser that was hit.

The suspect crashed that cruiser into a pole which then caused wires to fall on the car, damaging the cruiser.

The suspect took off once again but a K9 unit did locate him.

Police said the suspect was a 15-year-old male who was treated at the hospital for bite wounds.