FARMINGTON – You saw it First on FOX61 – photos from in and around the estate of Fotis Dulos. On Tuesday, Dulos Fore Group Attorney Richard Habib filed a motion... 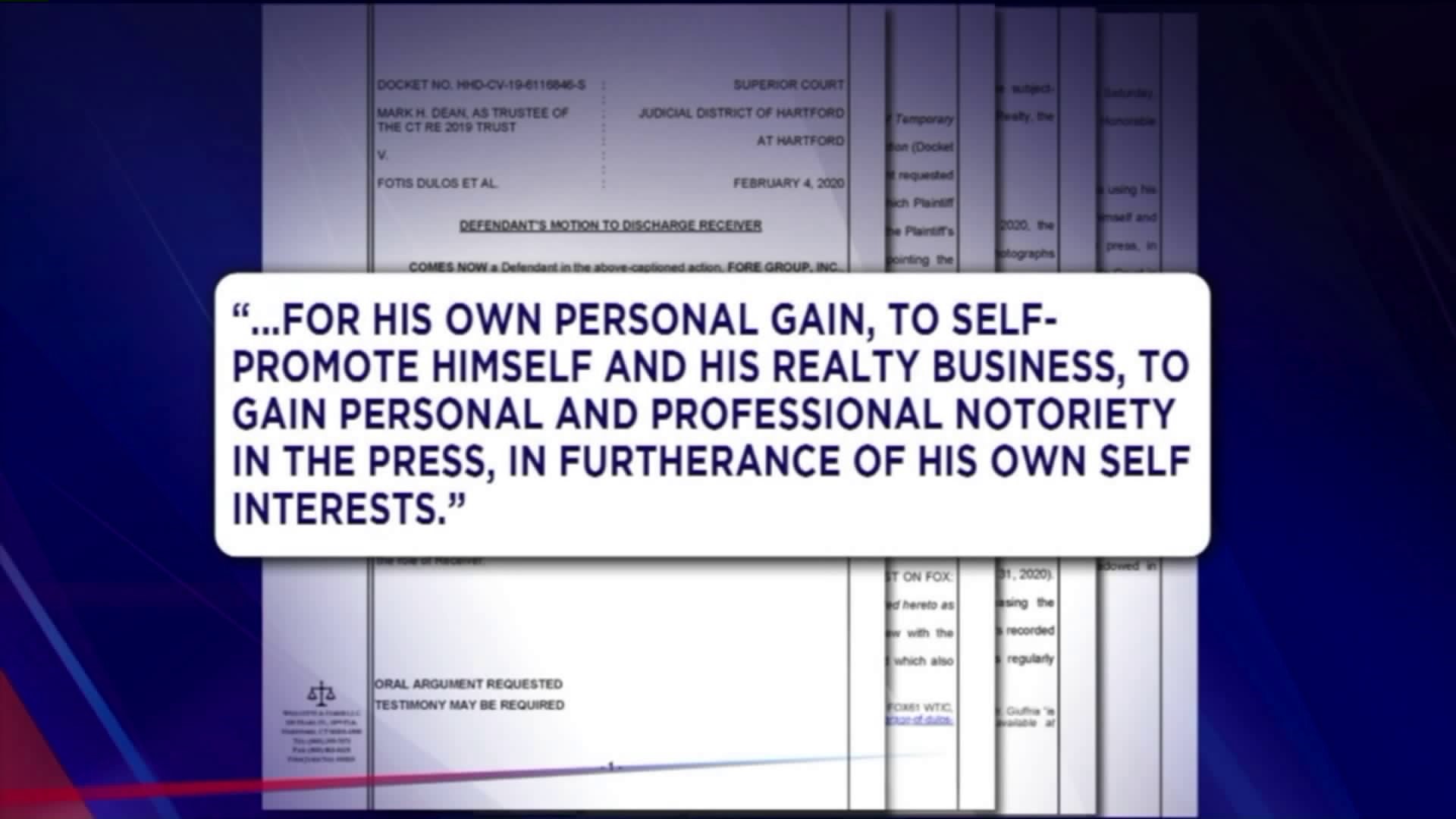 FARMINGTON – You saw it First on FOX61 – photos from in and around the estate of Fotis Dulos.

On Tuesday, Dulos Fore Group Attorney Richard Habib filed a motion to have Rob Giuffria removed as the conservator of Fotis Dulos’ Jefferson Crossing home in Farmington. Giuffria provided FOX61 with the photos.

“Being appointed conservator, we are just interested in the safekeeping of the house,” he said.

But the new motion, which cites FOX61’s coverage Monday, argues that Giuffria violated that responsibility by leaking photos in and around the Dulos home.

It says his actions, “damage further the courts mandate to provide security for the property.”

The Dulos and Farber estates are clashing over who should oversee the care of the property.

“It’s very common when a house goes into foreclosure which this house is in, that the bank or the lien holder wants to protect the underlying securitization of the collateral for the loan. Otherwise the house could go into disrepair and it could be a burden to neighbors and the Farber State doesn’t want that to happen,” Giuffria said.

The motions further claims Giuffria is using his position, “...for his own personal gain, to self-promote himself and his realty business, to gain personal and professional notoriety in the press, in furtherance of his own self interests.”

FOX61’s Matt Caron asked Giuffria, “Is there anything that you stand to gain from being the conservator?” He responded, “Absolutely zero.”

But, William Murray, a civil attorney who has represented Fotis Dulos says Giuffria demonstrated his inability to be impartial when he testified against Fotis in court.

“In my opinion his testimony was not truthful," Murray explained. "In my opinion he was adverse to Mr. Dulos in those particular cases. I think a receivership should be conducted by a party that is impartial,” explained Murray.

According to Giuffria, selling the home will be a part of the healing process.

“I think it’s important for everyone to have some type of closure," he said. "Part of that closure is protecting that house getting it sold and moving on.”

Giufrria admitted he went to Dulos home Saturday. He was escorted by Farmington Police and spoke with Anna Curry.

The Farber estate issued their own motion yesterday which said they don't mind if Curry and other Dulos family members stay there so long as they are out by Friday.

Read the motion below: