The state is asking for a grace period of 60 days, but insurance companies area not stepping up. 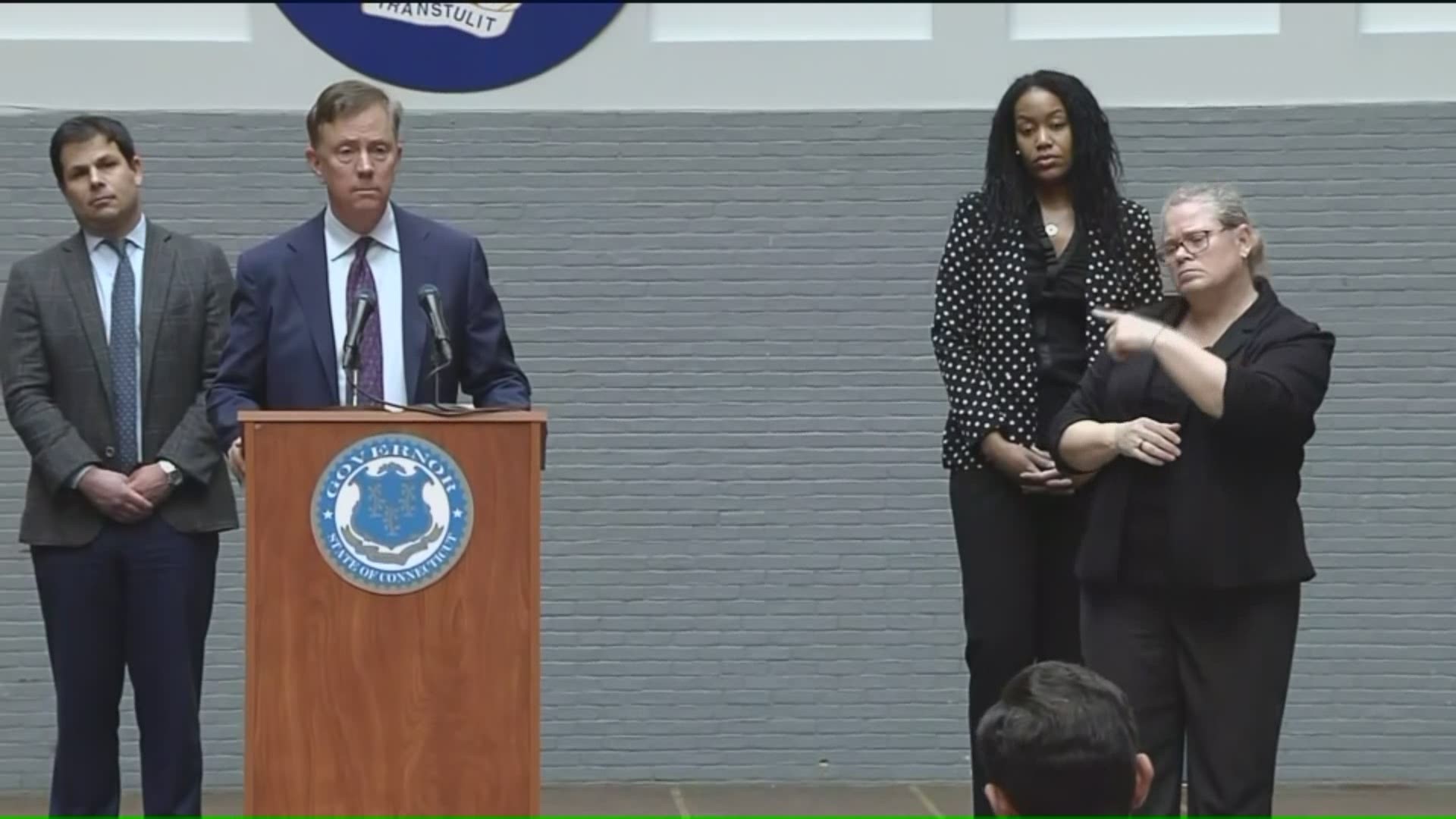 HARTFORD, Conn. — Governor Ned Lamont updated residents on the latest efforts to deal with the effects of COVID-19 Wednesday afternoon. Lamont said the number of cases in the state had grown to 875 and that 19 people had died.

Fairfield County was home to nearly half the cases in the state. At present, 106 people have been hospitalized. The people who have died are over 75 years old. The governor said testing is happening right now but has slowed a bit and the state is doing everything it can to add capacity to testing soon.

FOX61'S Ben Goldman addressed the governor regarding deferred health insurance premiums. He cited one person who wrote to FOX61, saying "she’s part of last week's 'temporary layoff due to COVID-19' and over 100,000 people since March 13 and was told 'my health insurance would expire April 1st!'" 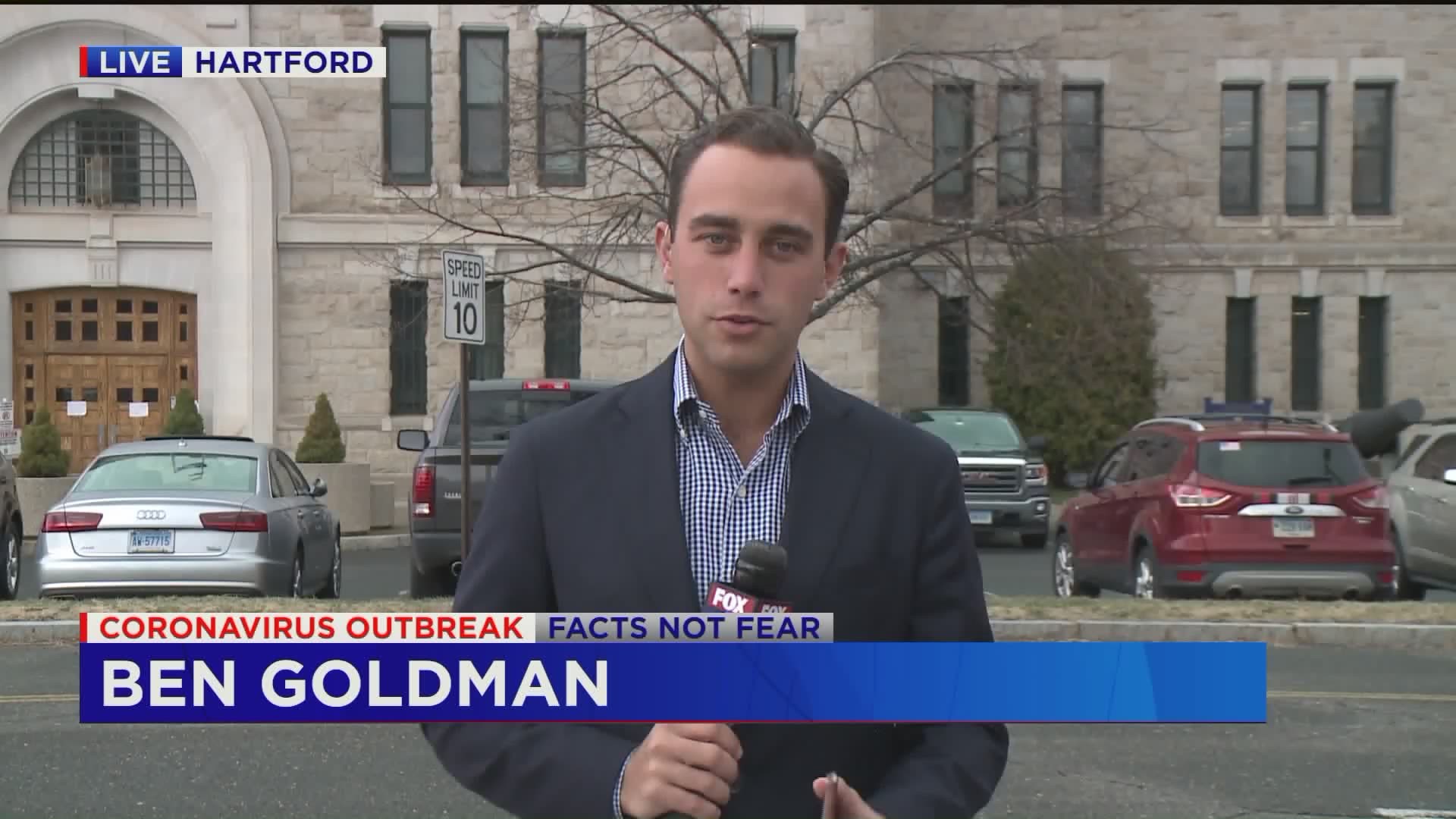 Goldman continued to say: This was almost more devastating than losing her paycheck as we are in a national medical crisis and she has "two children on my policy as well!" She was offered COBRA and HUSKY, but would much rather stay on her current policy due to what she has paid into it year-to-date along with the deductibles. Ben added: yesterday the Commissioner of the CT Insurance Department sent out a release “asking” insurance companies to extend a 60-day grace period for differed health insurance premium payments. These health insurance companies spend hundreds of millions of dollars on ads to convince people that when times are tough they’ll be there to step in. Currently, insurers in the state are not adhering to the commissioner's request from yesterday because it’s not an order. They’re still evaluating customers on a case-by-case basis.

The state is asking for a grace period of 60 days, but insurance companies are not stepping up.

The governor responded that we need to put pressure on insurance

"I will ask, not mandate." But he added, “I hope the insurance guys are watching.”

Goldman also ask if the governor has considered putting a mandatory 14-day quarantine in place for anyone coming to Connecticut from New York State. Lamont responded by saying he would not issue a mandate in terms of travel.

State workers in Connecticut are processing 20 times the number of unemployment claims they normally do. It's a deluge caused by the coronavirus outbreak and that's being blamed for longer waits for payments. Staff members have been shifted from other jobs to help the unemployment claims operation. Also, about a dozen retirees and other employees who've handled the state's unemployment claims in the past have been asked to return. 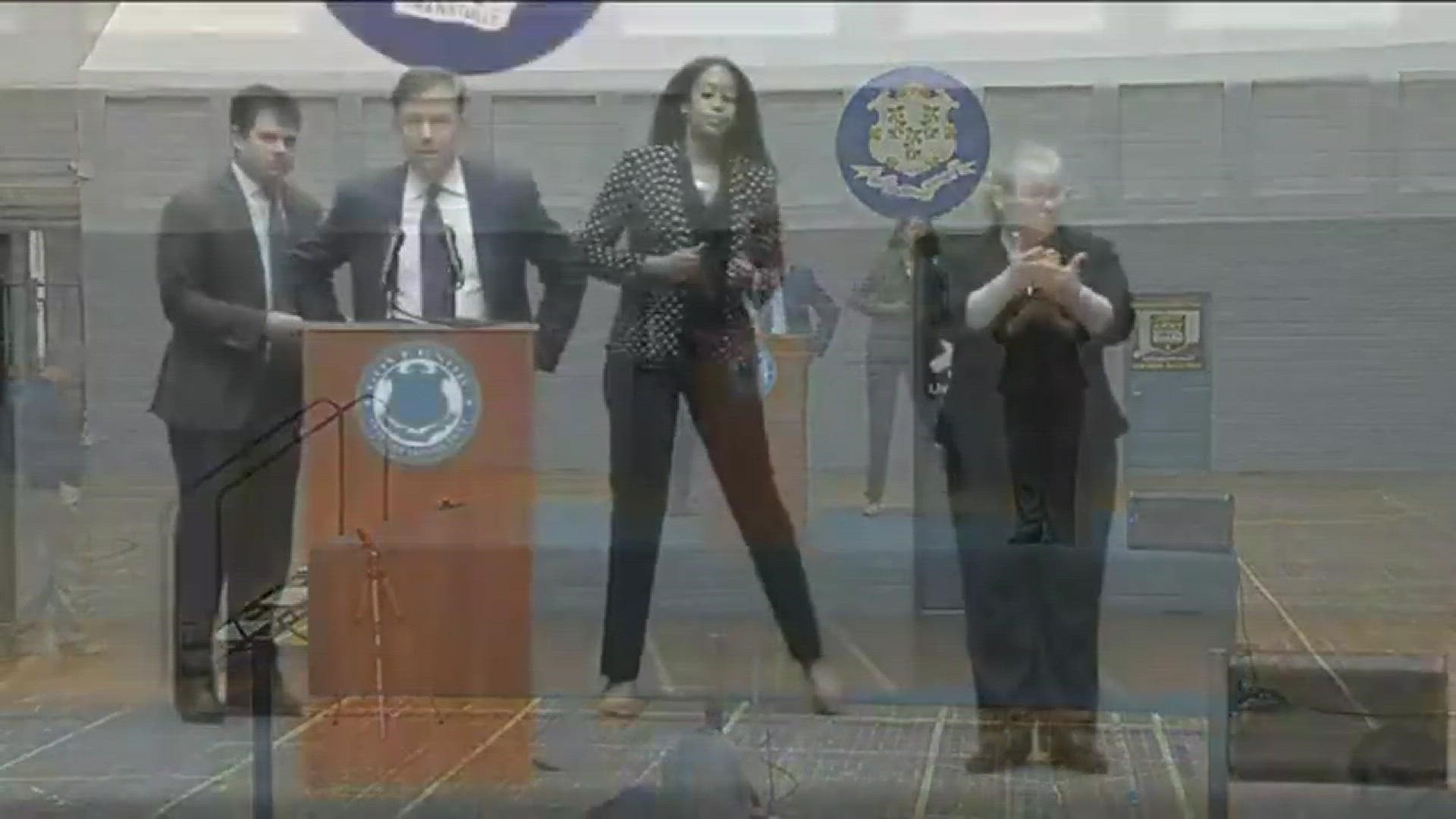 During Wednesday's briefing, Lamont spoke about the federal aid package and said he is hoping the federal government allocates resources based on need not just per capita. He said the bill included $100 billion for hospitals, $30 billion for education, $150 billion in block grants to states and around $1.25 billion per state.

Lamont continued to say that health care providers added another field hospital at Danbury Hospital Wednesday and there is still a lot of capacity at other hospitals. The governor added that he was impressed with people coming forward and helping, including a company that gave out free hand sanitizer.

Lamont said he was paying attention to the 2-1-1 calls, which included many calls about the economic situation of the state, and commented that social distancing is working. He said Metro-North is running at 5% capacity and there are fewer cars on road.

DECD Commissioner David Lehman said the state was helping small businesses with the CT Recovery Bridge Program, which received bipartisan support, The program targets small businesses with up to 100 employees, solo practitioners, and not for profits, providing loans with 0% interest, 18 month terms to provide three months of business operating expenses.

Loans will be capped at $75,000 each. He said the online application process will open starting Thursday morning. Lehman also talked about the Paycheck Protection Program: $350 billion in the federal stimulus plan, for companies with up to 500 employees. The loan would become a grant if businesses continue to employ at pre-crisis payroll levels. The loans will be dispersed through private banks and $3.5 billion would be to help CT small businesses.

Lehman said that there were businesses that were deemed essential and that they should allow their employees who could work from home to do so.

Lamont said the state has a large order coming of personal protective equipment and masks coming within 24 hours. Dr. Matthew Cartter State Epidemiologist said the team is working on the ventilator shortage, however noted that there will probably never be enough.

Cartter was asked when the state will see the peak number of cases, he said the number of cases doubles every three to five days. The number of cases seen now are the tip of iceberg. More people in the state are infected than what are known as confirmed cases. Cartter said if you project from flu numbers, which show that 10% of population will have flu from October to April, assuming 10% of the population is infected with COVID-19 in first wave that would mean 350,000 will be infected.

Carter said the first wave will last eight to 10 weeks. There is a capacity for the state lab to run 130-150 tests a day with same day results, but those are limited to the most critical cases who are in the hospitals. Other results will take four to six days.

Send your questions for Gov. Lamont to: newsteam@fox61.com