Five bills were on the table dealing with issues including the state’s prison population, gerrymandering, extending telehealth services, and children’s health 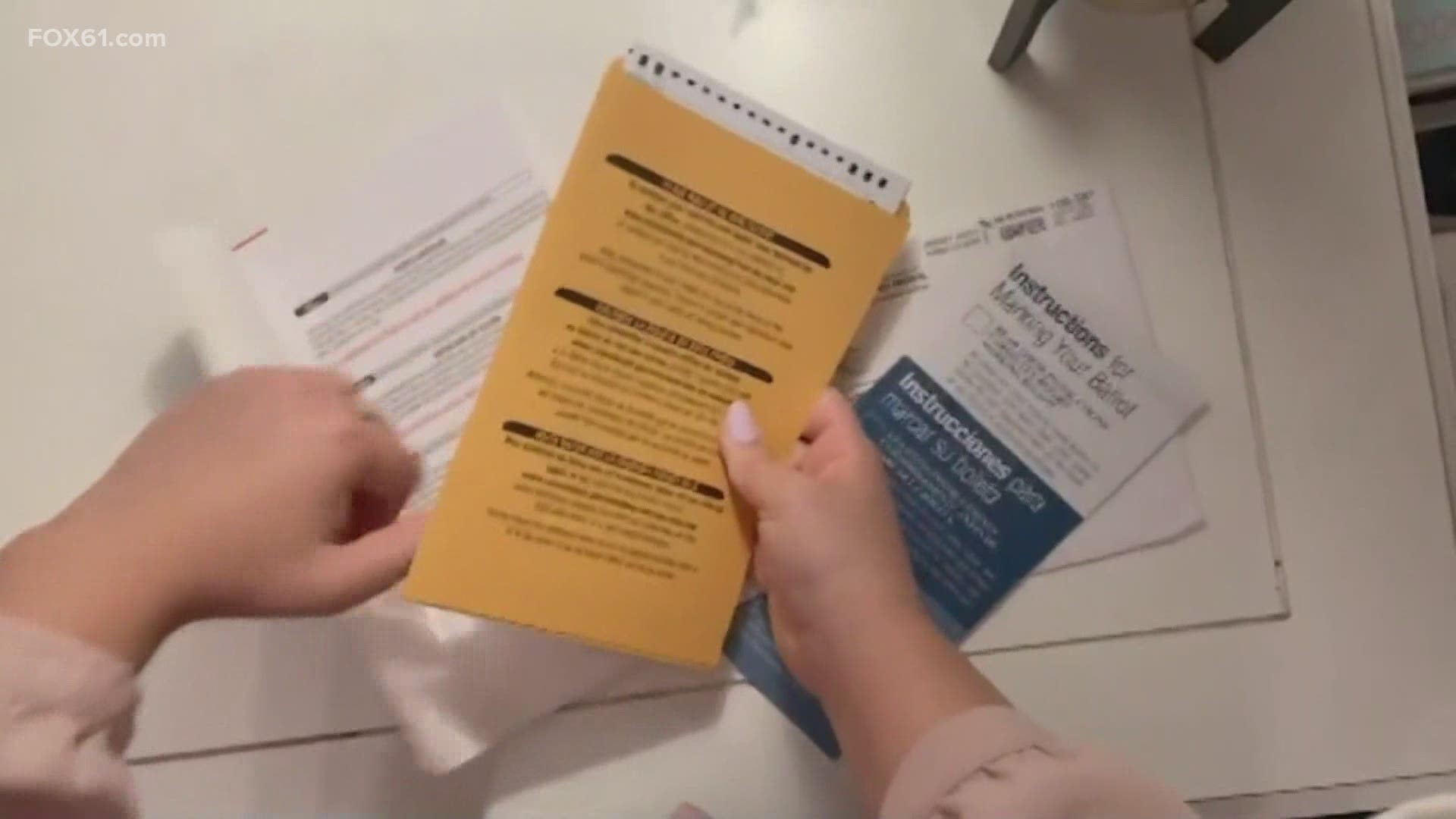 HARTFORD, Conn. — The state Senate wrapped a marathon session that stretched on from yesterday afternoon through the early morning, totaling 17 hours.

Five bills were on the table dealing with issues including the state’s prison population, gerrymandering, extending telehealth services, and children’s health.

One bill drew in heavy debate.

The bill extends the option for all people in Connecticut to vote by absentee ballot through November 3rd. It passed on a 24-12 vote with all Democrats in favor and all Republicans opposed.

“It now allows for the same possibility of outright mail ballot as we have experienced during the COVID-19 pandemic," said state Sen. Tony Hwang (R), "It seems ironic to us as we open up the state on May 19th, to reach a new normal, we are still using COVID-19 as a way to create new challenges. That’s bypassing the constitution.”

"The right to vote is one of the most fundamental rights in our country. Absentee ballots proved to be an alternative solution during the 2020 election that allowed everyone to use their right to vote while remaining safe during a pandemic. This is the future of voting by expanding access to voting," said state Sen. Marilyn Moore (D) following the passage of the bill.

S.B. 901 extends through November 3. Among other provisions, the bill:

The bill now goes to the state House of Representatives.

The bill that would allow early voting in Connecticut, passed the House of Representatives late Thursday afternoon and now moves on to the state Senate.

If it passes the state Senate, it would become a ballot question in the 2022 election. Voters would then decide.

Along with that bill, legislation that temporarily extends for two more years telehealth services in Connecticut now heads to Gov. Ned Lamont's desk.

Such services, which allow patients to visit virtually with their doctors, were expanded during the COVID-19 pandemic so patients could safely get medical care.

Provisions such as required insurance coverage for virtual medical appointments will continue until June 30, 2023. Among other things, the bill allows certain providers to conduct virtual visits using audio-only telephone and expands the types of health care providers and licensed professions that can use telehealth services.

Another bill that was passed would change the way prisoners are counted when Connecticut’s legislative district lines are redrawn has cleared a major legislative hurdle.

The state Senate voted 35 to 1 in favor of the bill, which now also awaits action in the House of Representatives.

Currently, those incarcerated are counted as members of the community in which they are imprisoned.

Under this bill, prisoners would instead be counted toward the city and town where they lived before entering prison, which advocates contend would be fairer to those communities. Enfield state Sen. John Kissel (R) cast the sole negative vote.