Set for 7 p.m. Oct. 25 at Bridgestone Arena, the all-star concert event and taping will include performances from Rogers, Dolly Parton, Little Big Town, Alison Krauss, The Flaming Lips, Idina Menzel, Jamey Johnson, Elle King and more. The concert will be the final time Rogers and Parton perform together at a public event 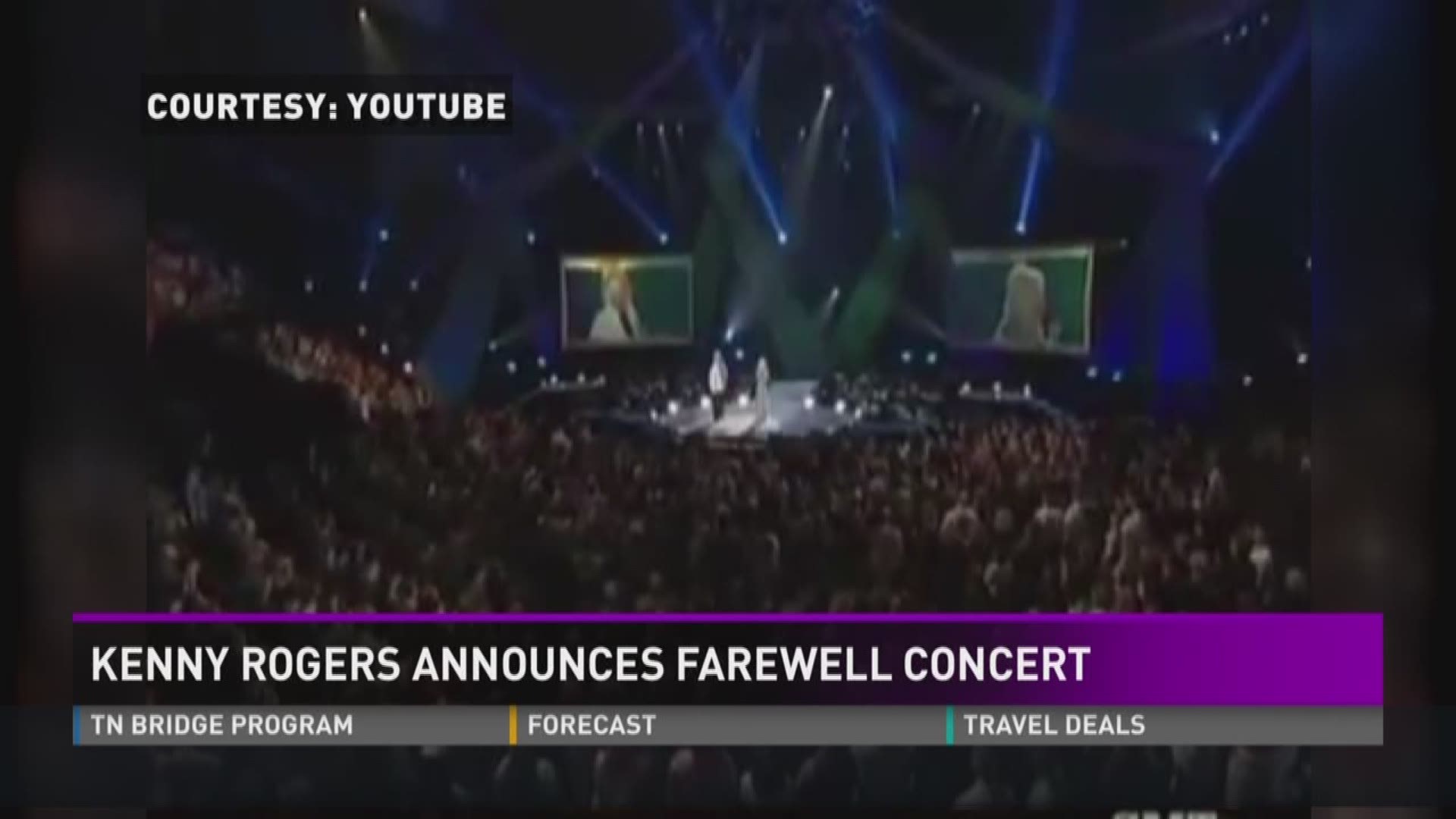 The Gambler is set to deal one last time in Nashville and with the line-up taking shape for All In For The Gambler: Kenny Rogers’ Farewell Concert Celebration, a full house seems like a given.

Set for 7 p.m. Oct. 25 at Bridgestone Arena, the all-star concert event and taping will include performances from Rogers, Dolly Parton, Little Big Town, Alison Krauss, The Flaming Lips, Idina Menzel, Jamey Johnson, Elle King and more. The concert will be the final time Rogers and Parton perform together at a public event.

Over the course of the evening, Rogers’ fellow singers and friends will take turns covering the singer’s hits, which include “Lady,” “The Gambler,” “Lucille” and “She Believes in Me.” Rogers’ final performance with Parton is a ready-made highlight. The friends famously dueted on the song “Islands in the Stream” in the ‘80s, which went on to win multiple awards and a place in country music history.

“Kenny is like a family member to me,” Parton said in a statement. “We have been friends for over 30 years and made musical magic together. Since 1983, when we released ‘Islands In The Stream,’ everyone has had an expectation to see Kenny everywhere I go and me with him wherever he goes. Well, I guess for many of those fans that wanted to see us together, this will be that night. Performing with Kenny for the last time ever on October 25th is going to be emotional for both of us, but it’s also going to be very special. Even though Kenny may be retiring, as he fades from the stage, our love for each other will never fade away.”

In addition to Parton, Rogers is also looking forward to seeing Little Big Town. He said the group has always been ‘incredibly nice’ to him and when he saw them perform one of his songs on television, he was blown away.

“They sounded great,” Rogers recalled. “It reminded me of when I used to be in a group. I miss that group sound.”

Rogers’ career has spanned more than half of a century. He has 24 No. 1 hits, six CMA Awards, three Grammys and is a member of the Country Music Hall of Fame. In 2013, he was given the Country Music Association’s Willie Nelson Lifetime Achievement Award.

Rogers announced plans to retire in 2016. His current tour is his last and he said that at the moment, he has no concerts scheduled after Oct. 25. He stops short of saying the Nashville concert will be his last show.

“It’s really designed to be a night of fun and great talent and hopefully something new will come from it,” Rogers said of the concert.

Tickets go on sale 10 a.m. July 21 through Ticketmaster, at ticketmaster.com, by calling 1-800-745-3000 and at Bridgestone Arena's box office. A portion of the proceeds will benefit the T.J. Martell Foundation and the Kenny Rogers Children’s Center.