HARTFORD – Traffic stops are routine for officers on the job but they’re also one of the daily dangers police face every time they put on a uniform. Groton Poli... 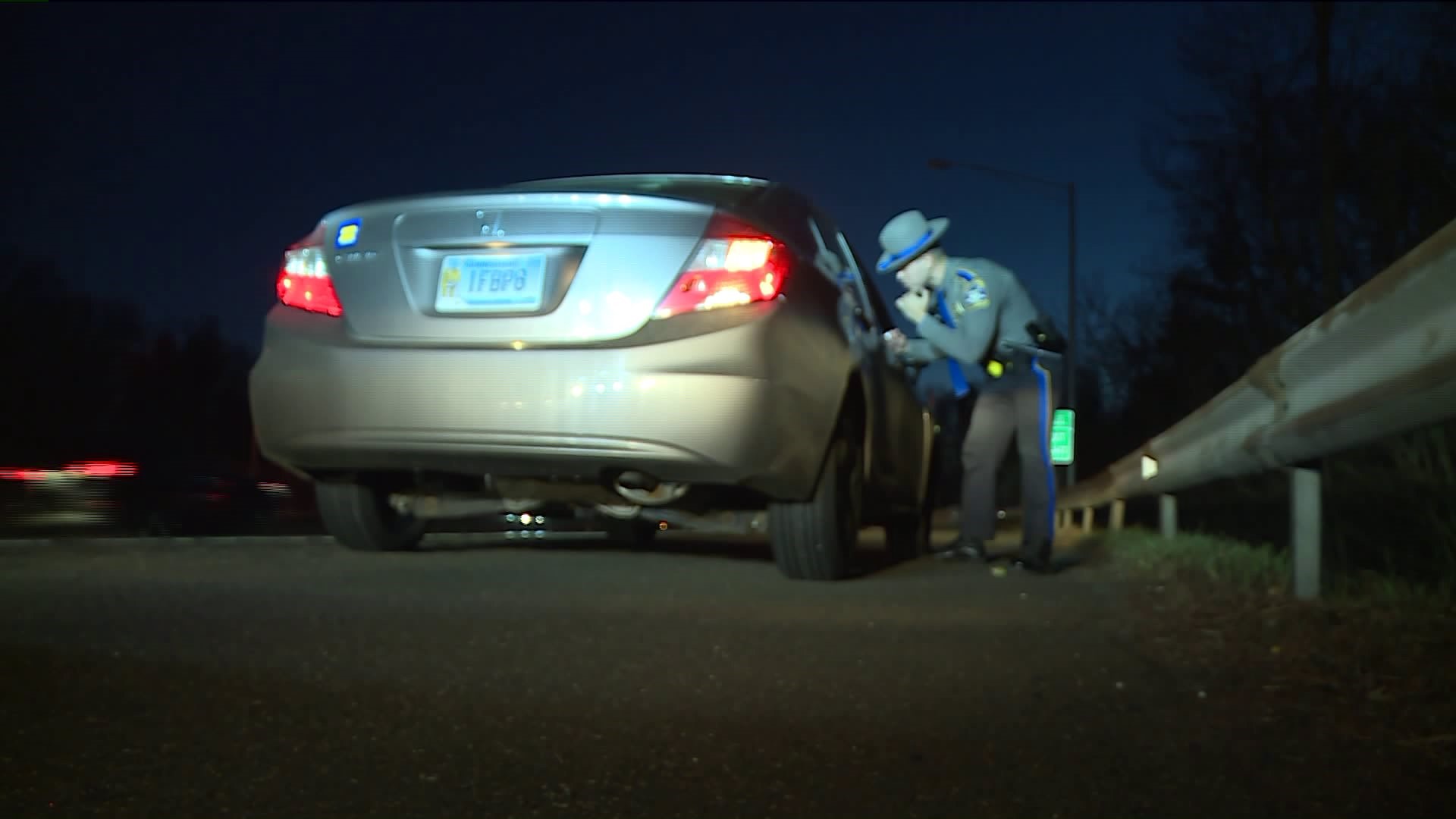 HARTFORD – Traffic stops are routine for officers on the job but they’re also one of the daily dangers police face every time they put on a uniform.

Groton Police confirm one of their own was injured during a traffic stop overnight Wednesday after a suspect took off with the officer halfway inside the car.

On Valentines Day, two Bridgeport police officers were dragged by a driver in the midst of a traffic stop.

Last year, a Newington officer also faced a similar situation while stopping a driver who was fleeing the scene following a shoplifting incident.

On a ride along with Connecticut State Police, Trooper Sebastian Cummings explained how he faces the unknown every time he and other troopers approach a vehicle.

“Every traffic stop is different,” Cummings said.  “You don't know who you’re dealing with, you don’t know what they’re capable of.”

Trooper Cummings said after he notices a violation on the road, he runs the drivers plates, and finds a safe place to pull them over. He said he uses his lights to help him add safety to the stop.

“We have to multitask a lot,” he said. “We’re worried about every occupant in the vehicle and we’re also worried about incoming traffic towards us.”

There’s a risk involved every time a trooper pulls a driver over, which is why they ask drivers to cooperate which he said helps increase safety for all.

Cummings encourages drivers to keep their hands on the wheel once pulled over.

He also urges you obey the Move Over Law. When you see an emergency vehicle, shift over a lane. If you can’t move over, he said you must slow down.

“If we can get the message out, make sure everybody does it, everyone will go home safe at night.”