WETHERSFIELD — A man seeking to obtain a new driver’s license Wednesday, set off a chain of events that lead to his being detained in connection with stea... 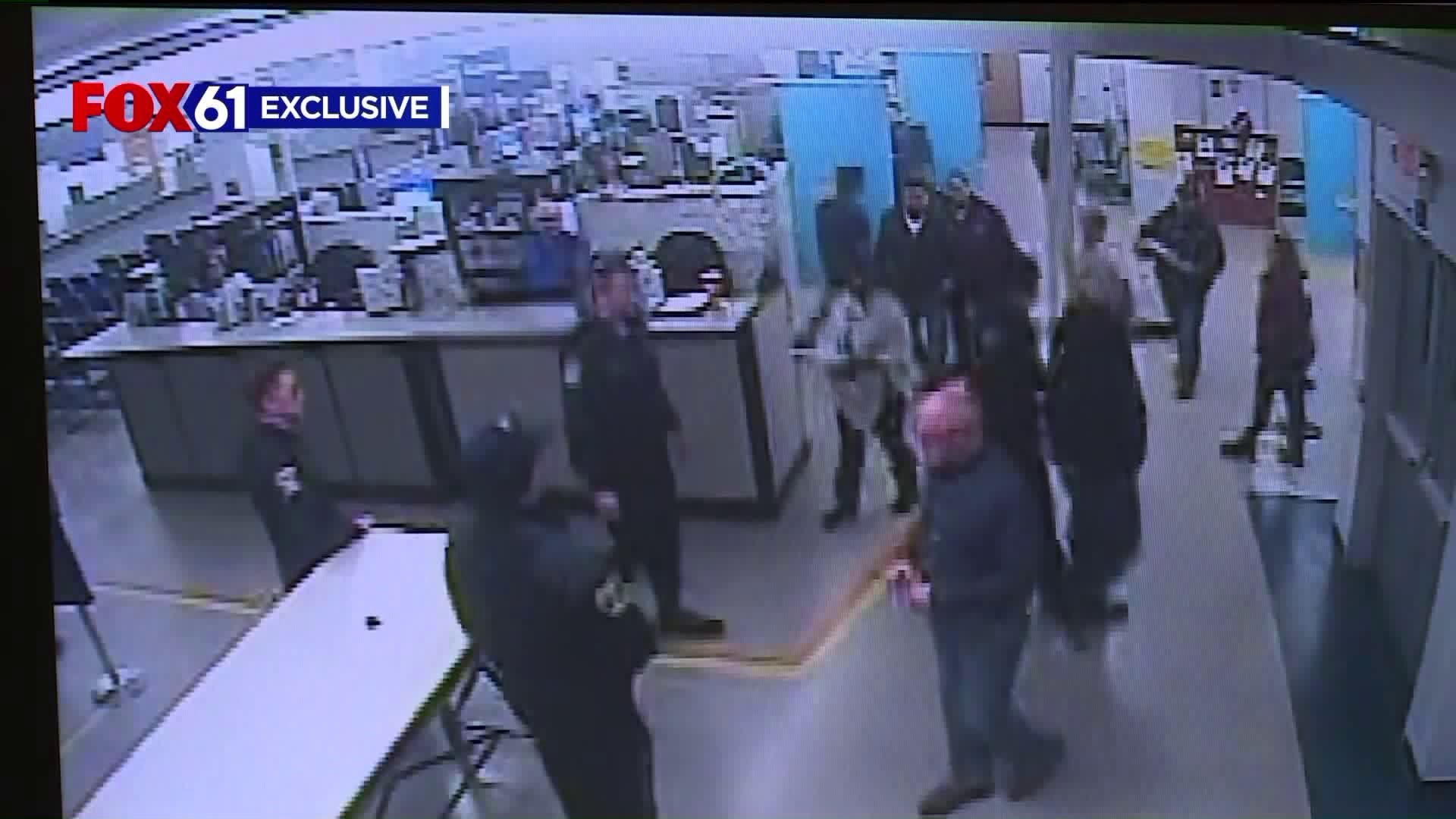 WETHERSFIELD — A man seeking to obtain a new driver's license Wednesday, set off a chain of events that lead to his being detained in connection with stealing hundreds of thousands of dollars from an armored truck.

The alleged theft happened in Kentucky, but he was taken into custody in Wethersfield.

Mark Espinosa, 29,  was a guard for an armored truck company. He allegedly stole $850,000 from the truck during a pick up at a Kentucky mall in December. He wasn’t heard from again until he popped into the DMV in Wethersfield on Wednesday.

FOX61 obtained exclusive surveillance footage of the arrest of Mark Espinosa. He had walked into the Wethersfield DMV just before 8:30 a.m. Wednesday morning.

James Rio, DMV’s Chief Operating Officer said, “He was looking to allegedly transfer an out-of-state license to a Connecticut license. Our examiner determined that the documents he provided her were fraudulent,” said Rio. The DMV told us examiners go through extensive training to catch fakes. “A utility bill, social security card and birth certificate.”

Thinking on her feet, the  DMV employee took action.

“She very smartly went to her manager's office, which was nearby. She explained what was going on. So we called the police and DMV security,” said Rio. DMV security kept an eye on the man until Wethersfield Police showed up three minutes later. They put Espinosa against a wall, emptied his pockets, and placed him under arrest. “This illustrates how important it can be to do the job right,” said Rio.

“However, it was not routine to find out that this person was a fugitive wanted by the FBI for a felony, and a pretty significant one and that they considered him armed and dangerous,” he explained.

Espinosa’s last known address is at an apartment home at 28 Winthrop Street in New Britain. “It’s got 10 rooms in it and people come and go,” said current tenant Michael Collins. Collins said Espinosa doesn’t live there anymore, “I recognize the name from the mailboxes. I’ve been here about a year so yeah, the name sounds familiar.”

Thursday, Espinosa went before a judge in New Britain Superior Court on charges of forgery and interfering with police. He will be arraigned separately in federal court for the armored truck heist.

Mark Espinosa did not have a previous criminal history — only some traffic tickets. The FBI put a $10,000 reward Espinosa, while his former employer Garda offered $50,000. It’s unclear if the DMV employee would be entitled to that.