HAMDEN – Since the May 15th super cell thunderstorms and tornadoes, some Connecticut homeowners have faced costs of up to tens of thousands of dollars to ... 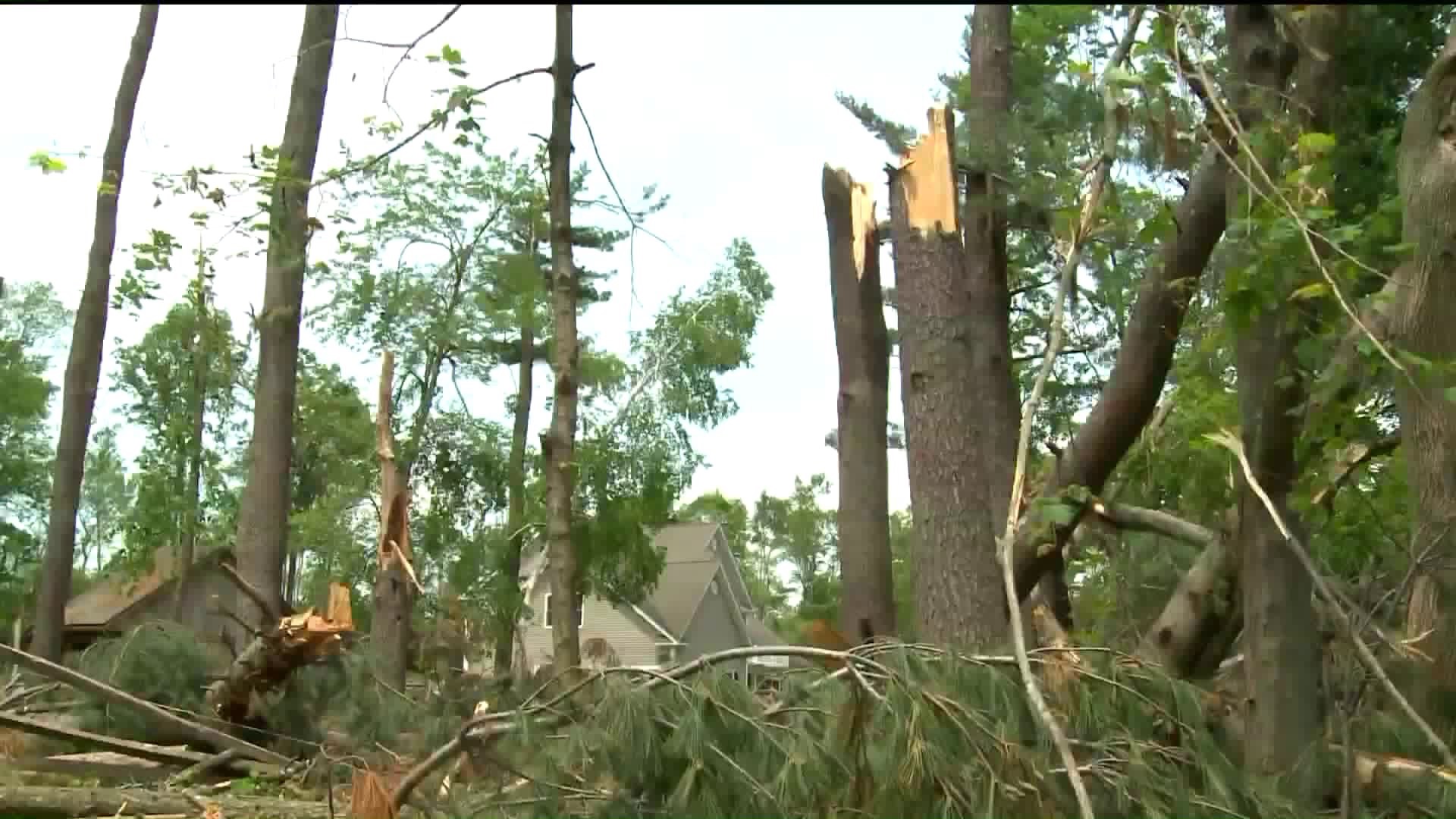 HAMDEN - Since the May 15th super cell thunderstorms and tornadoes, some Connecticut homeowners have faced costs of up to tens of thousands of dollars to remove this debris. But, with natural disasters occurring with more frequency, Connecticut's Congressional delegation is trying to remove these financial burden.

On Alan Edelman's eight acre property, approximately 150 trees came down in the May tornado. And, because of current laws, that tree removal is largely on him.

Senator Richard Blumenthal (D-Connecticut and DeLauro are aiming to ease the burden.

"What brings us here today is the denial of individual assistance," said Blumenthal.

The denial by the Federal Emergency Management Agency. But, FEMA is bound by the language of the Stafford Act.

"The statute bars consideration of debris removal and that’s what we want to change," said Blumenthal.

"My septic guy came in there and did a fantastic job," said Baselice, who had 14 trees down in his yard. "He took all the root balls out. He repaired all of my leaching fields because the insurance covers that."

If the measure becomes law, those suffering tornado and super cell damage, would be reimbursed retroactively.

As for Edelman, part of him wonders why me.

"But, there are good things," he noted. "Now that my trees are gone, this can’t happen again."

Even though time is running out on this legislative session, Delauro says they are hoping to attach their bill to the Department of Homeland Security appropriations bill, which has not yet been completed.