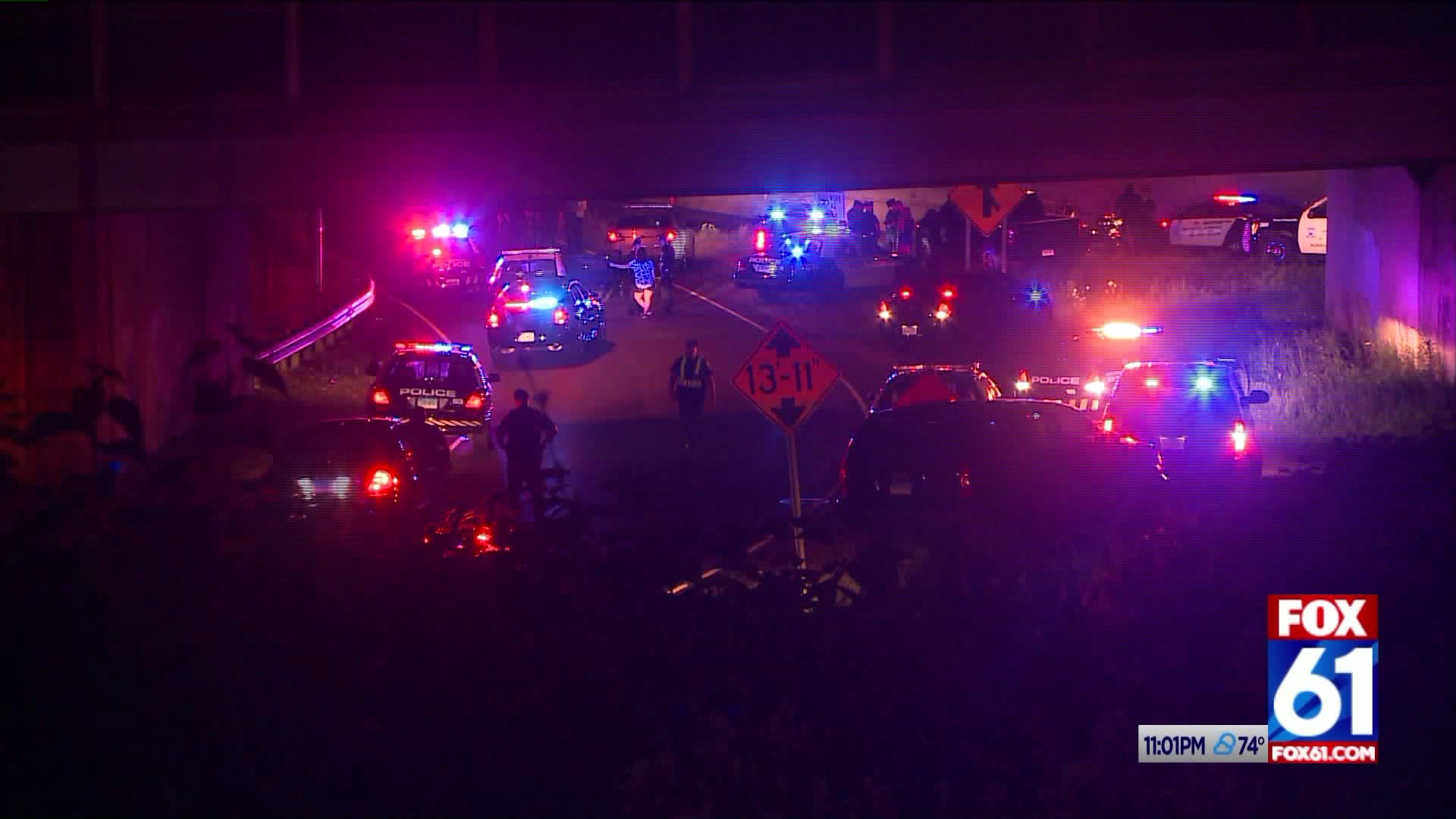 HARTFORD- New information paints a clearer picture of what happened that resulted in an officer involved shooting Friday night.

Construction traffic on the westbound I-84 ramp off of Capitol Avenue in Hartford halted a fleeing car in pursuit by two Hartford Police units shortly after 9 pm.

Witnesses recall seeing the suspects vehicle flying down Capitol Avenue before turning down the westbound ramp near exit 48.

Five plain-clothed officers, three with body cameras, captured the moments that unfolded next.

The suspects car tried to flee around the traffic crashing into another car. Police were able to deploy a stop stick ending the pursuit. Officers then approached the car on foot.

“As our officer approached, the driver of the vehicle exited the car and violently attacked the officer,” said Hartford Interim Chief of Police Jason Thody. “Our officers used less than lethal force options to fight off the assault and subdue the driver.”

A passenger surrendered without incident but a struggle began with the driver. During the struggle the driver was able to take control of the officer’s gun.

Officers found another gun in plain view under the driver’s seat. The suspect who was shot was pronounced dead.

“Hey blue, blue are safe. Party in custody suspect is down,” could be heard over police audio. “Shut the highway down.“

The Connecticut State Police took over the investigation as per protocol in officer involved shootings. Their investigation carried well into the morning before the ramp was reopened.

“Any loss of life is a tragedy and we train to avoid using deadly force whenever possible but sometimes circumstances leave officers with no alternative,” said Thody.

“I am also thankful that none of our police officers were injured or killed,” said Hartford Mayor Luke Bronin. “This was a very dangerous situation.”

The names of the two parties in the runaway car have not been released while the State Police continue their investigation.

Mayor Bronin and Hartford Police have been clear that they want to be transparent and get the information out to the public as quickly as possible.

Mayor Bronin tweeted he expects the state to release the body cam footage “within days” and provide updates as soon as they get them.

Today we spoke to Commissioner Rovella and met in person with State’s Attorney Matt Gedansky and state officials. We are working with them to release more information. They have told us that they plan to release video within days, and when we have updates, we will provide them.