SOUTHINGTON – With summer being in full swing, police have been cracking down on ATV drivers operating in areas where they should not be and police used A... 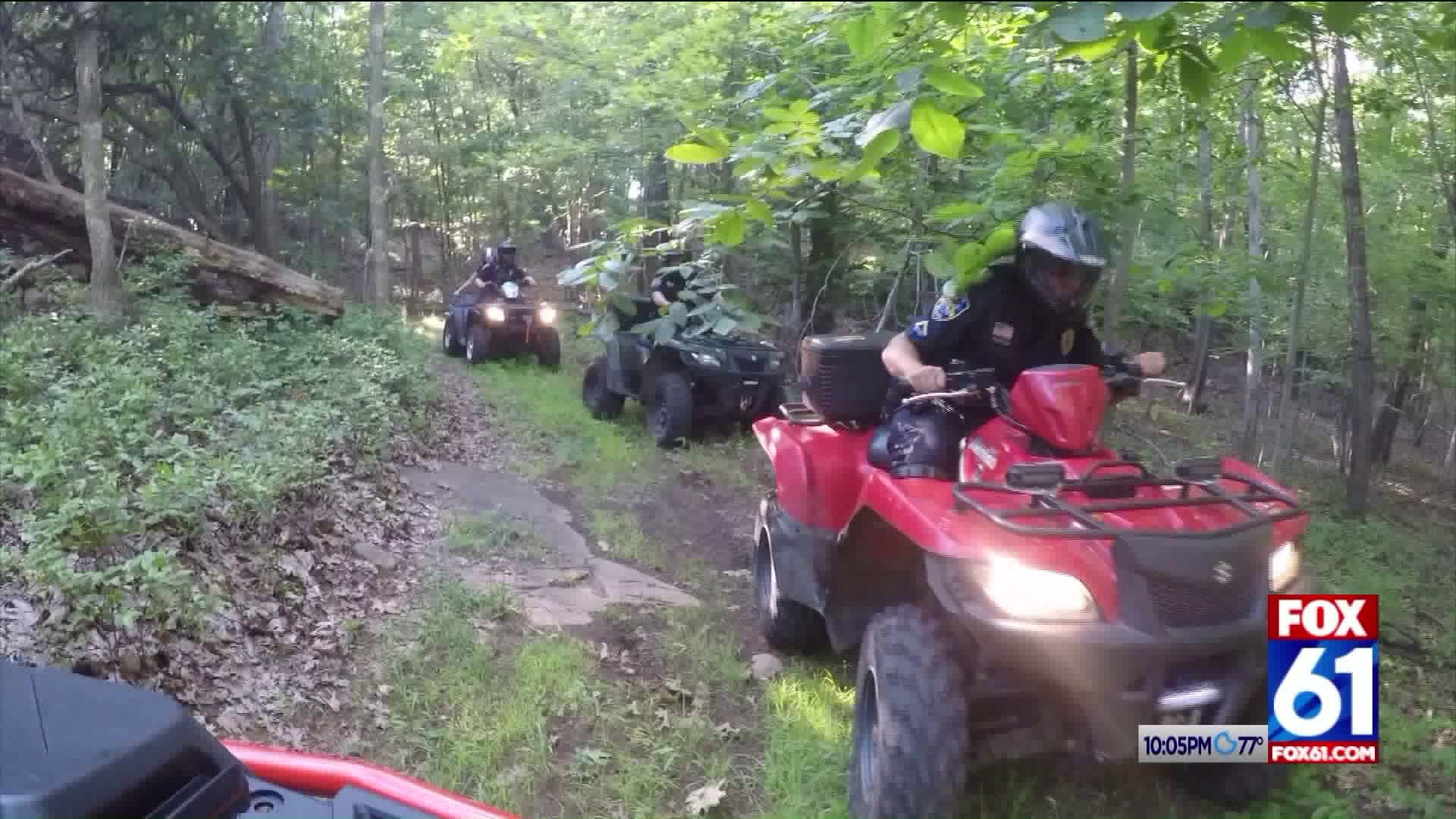 SOUTHINGTON - With summer being in full swing, police have been cracking down on ATV drivers operating in areas where they should not be and police used ATV's themselves.

Crescent Lake is a popular spot for hikers, bikers and pedestrians during the summer months, however, what does not mix well with that are ATV's. Police said lately, they have spotted ATV riders going on the property once the gates are put up.

"Obviously with the summer time, nicer weather, people being out of school, we definitely see an influx in ATV’s and dirt bikes usage," said Patrolman David Carbone of the Southington Police Department.

Patrolman Carbone along with members of the Berlin Police Department participated in this joint initiative.

According to the Department of Energy and Environmental Protection, Connecticut does not have public land where ATV's are allowed.

"It's a town park so we do close the gate at sunset. At dusk, you’re not supposed to be on the property and obviously it’s for safety. There’s nobody out here to keep an eye on being close next to the water, the last thing you want is someone having an accident, somebody fall in and nobody around to render them," added Patrolman Carbone.

If you are caught on the trail, whether it be during the day or night, you could be charged with trespassing or pay a hefty fine.

Police said riders should never operate on private property unless they are given permission from the land owner.

"You could see the dam behind us, the water department is asking pedestrians to be off of it just foot traffic can kill the grass and lead to erosion. I know a lot of people come here to stock fish. It’s a pretty good fishery and they want to fish, they think that’s an easy access point but it isn’t allowed. There’s signs posted," added Patrolman Carbone.

If you own an ATV, you must register it with the state and when you do, you cannot ride it on public streets.