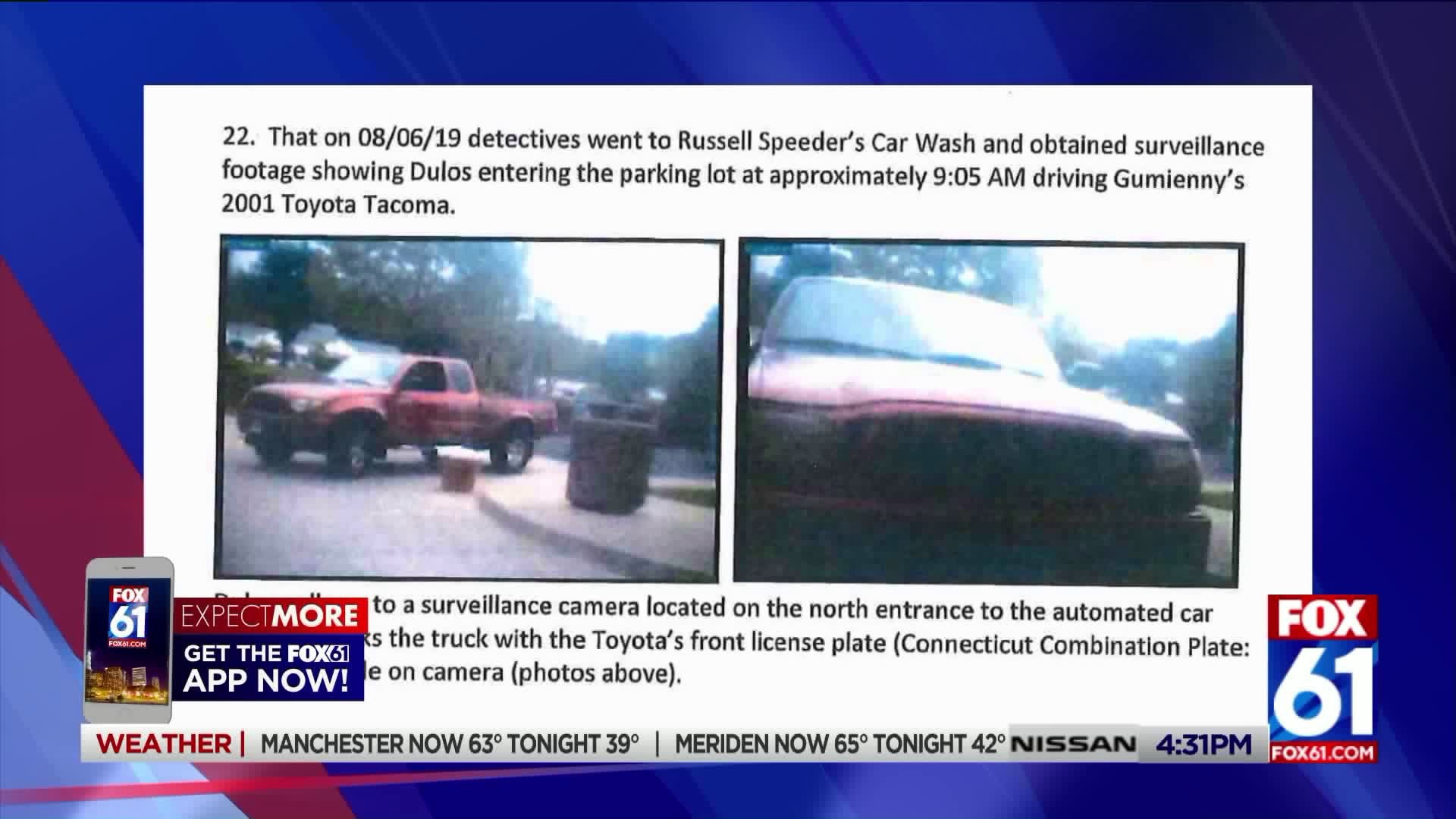 And police have focus their investigation on two people: Jennifer’s estranged husband, Fotis Dulos, and his girlfriend, Michelle Troconis, who was in Norwalk Superior Court Wednesday answering to her second arrest, which was an additional charge of tampering with evidence.

Troconis’ most recent arrest stems from an August 13 interview, with Connecticut State Police in Bridgeport, when she allegedly admitted to not having been truthful during her previous two interviews

During her less than one minute court appearance, Troconis’ attorney, Andrew Bowman, simply set the next court date. Then, Troconis and her lawyer left courthouse without a comment.

Police said among Troconis’ lies was when she made it sound as if she had no idea why her boyfriend, Fotis Dulos, took an employees truck to an Avon car wash to have it detailed and washed five days after Dulos’ estranged wife, Jennifer, was reported missing.

The arrest warrant affidavit said only during “pointed questioning” did she admit to having followed Dulos to the car wash, at which police were able to capture what they said are pictures of the employee’s red 2001 Toyota Tacoma pick up and Dulos in the lobby paying $250 for the service.

When asked why she thought Dulos was detailing the employees truck, Troconis replied, “Well obviously… All the evidence says because… You showed me the picture of the blood in the door it’s because the body of Jennifer at some point was in there.”

Troconis’ two arrests have now been combined. Both cases being transferred to Stamford superior Court, where she is scheduled to appear on October 10. As for her boyfriend, Fotis, he is scheduled for court next Monday to discuss his GPS monitoring, according to his attorney, Norm Pattis.

State police also say Fotis has yet to cooperate in any way with this investigation.

#MichelleTroconis was before a #Norwalk judge for less than 1 minute in her latest tampering case. The case has been transferred to #Stamford. Next appearance: Oct. 10. Investigators say she admitted to lying to them during her first two interviews with them⁦. @FOX61News⁩ pic.twitter.com/Fg8QeEynW7

Hearing lasted less than a minute