McConnell thinks bankruptcy, might be best for state governments; Lamont, Cuomo lash back 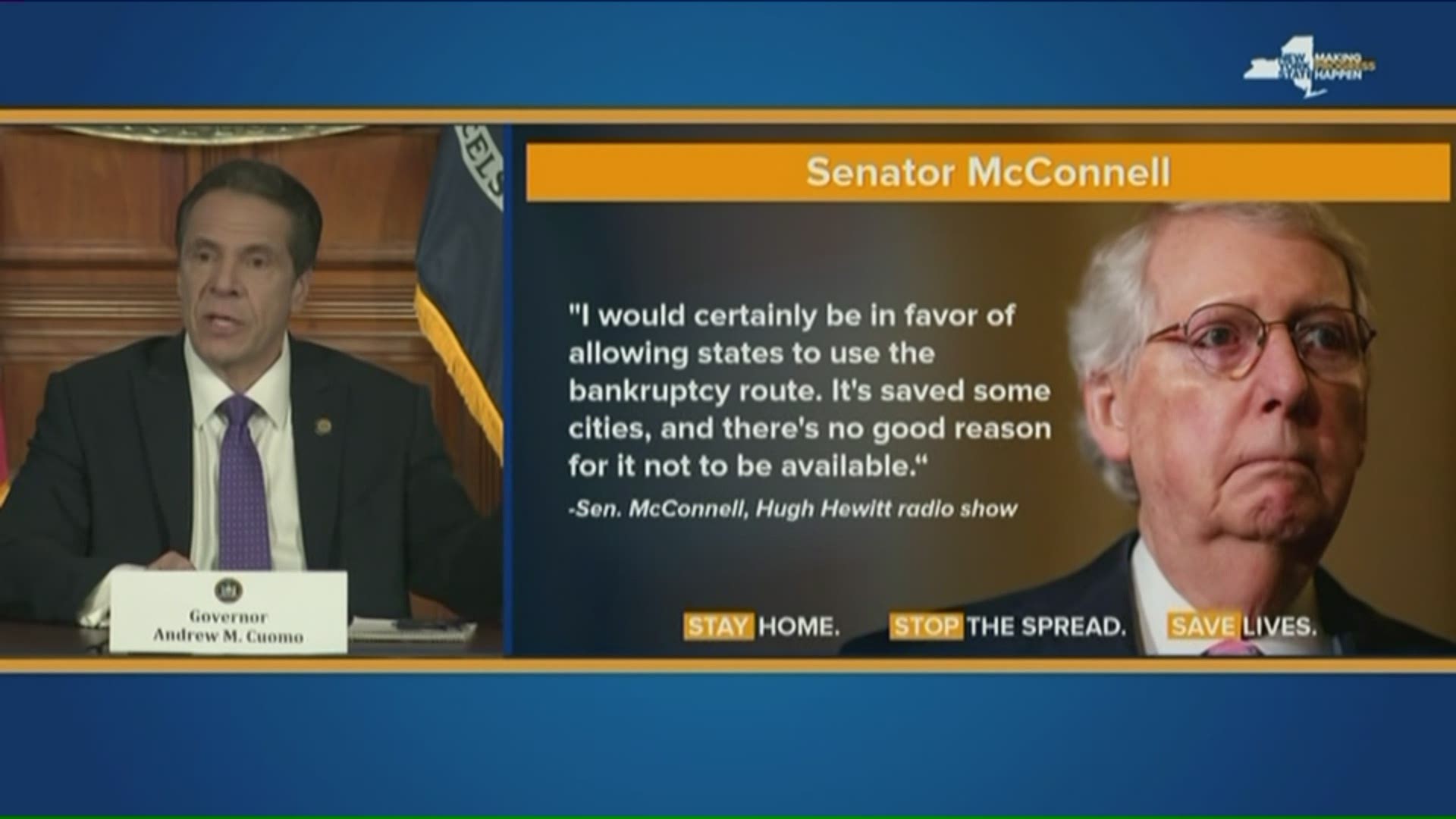 Senate Majority Leader Mitch McConnell took a hard line Wednesday against more funding for state and local governments in the wake of the coronavirus outbreak, saying that Republicans are not interested in "revenue replacement for state governments" or "solving their pension problems."

New York Gov. Andrew Cuomo, a Democrat, also slammed McConnell's remarks Wednesday, calling it "one of the dumb statements of all time." 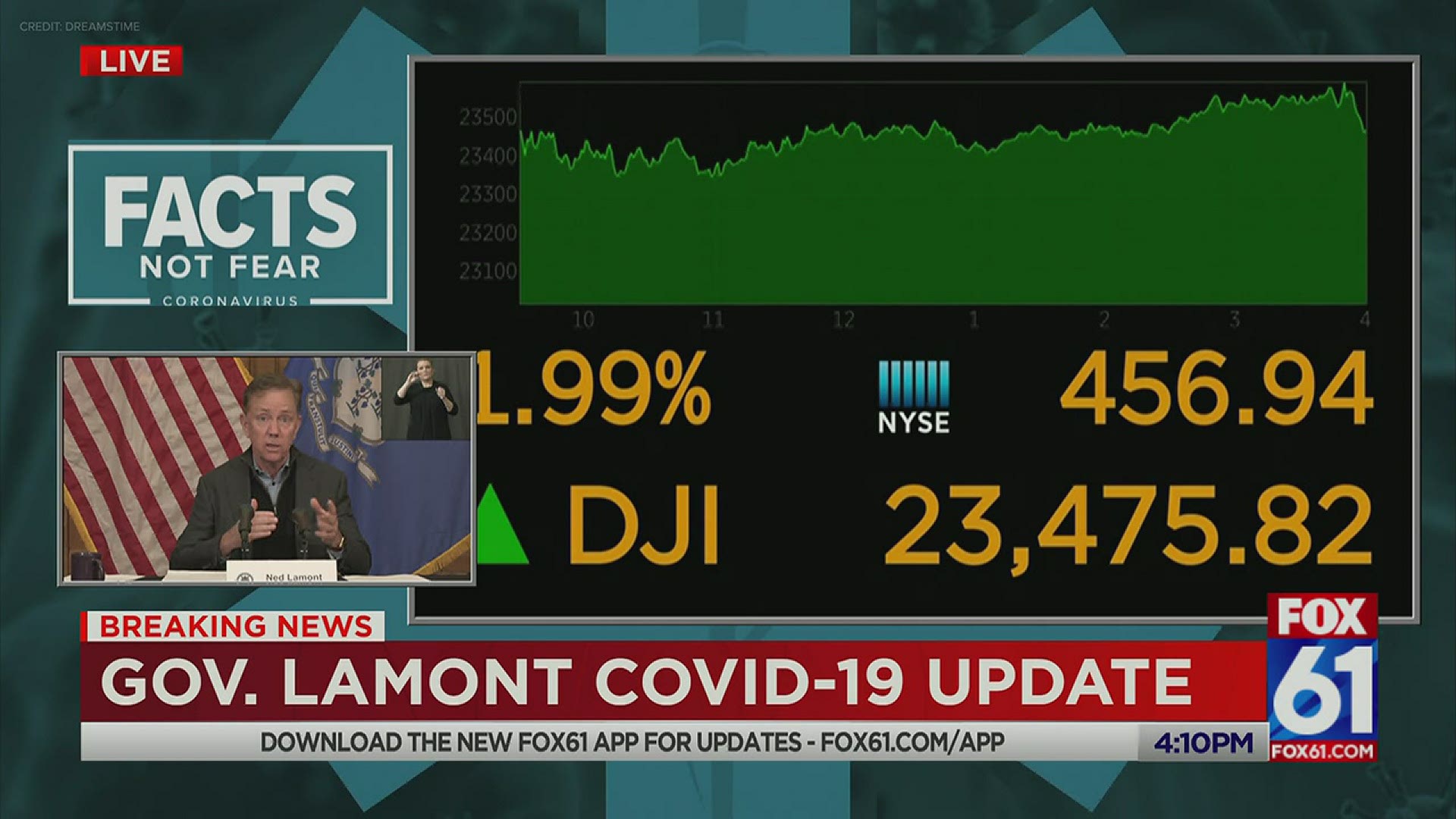 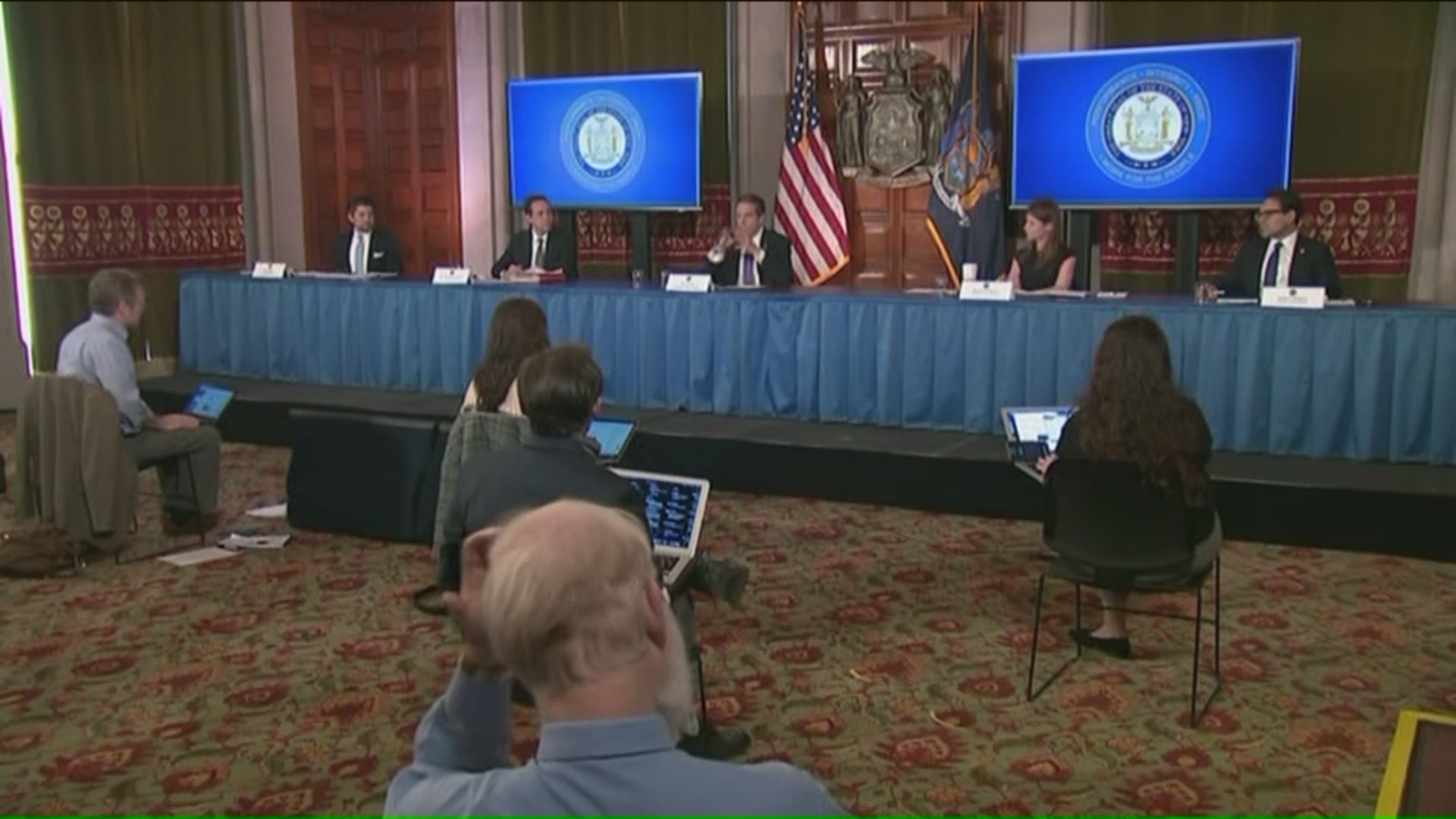 McConnell's tough words came a day after the Senate approved a $484 billion bill to help small businesses and hospitals respond to the coronavirus outbreak. The measure did not include funds for state and local governments, despite Democrats arguing they are hard hit by the disease and the corresponding economic fallout.

Instead, McConnell suggested in interviews Wednesday that Democrats are trying to get the federal government to essentially bail out state and local governments for bad decisions they made related to public pension obligations and other sources of expensive debt.

"I would certainly be in favor of allowing states to use the bankruptcy route," McConnell told Hugh Hewitt in a radio interview. "It saves some cities. And there's no good reason for it not to be available. My guess is their first choice would be for the federal government to borrow money from future generations to send it down to them now so they don't have to do that. That's not something I'm going to be in favor of."

"To say that it is 'free money' to provide funds for cops, firefighters and healthcare workers makes McConnell the Marie Antoinette of the Senate," King wrote.

On the politics, McConnell said he expects the "finger pointing" over the handling of the coronavirus outbreak to pick up as the election nears.

"It will dominate the campaign," said the Kentucky Republican, who is up for reelection this year. "The Democrats, of course, will be on the attack against the President saying you should have done this, or you should have done that. I do think the coronavirus has completely redefined the landscape of the fall elections. We've all been working hard. We've been able, for the most part, to govern on a bipartisan basis so far. I would look for that to break down as the campaigns heat up and the finger pointing begins."

McConnell agreed with Hewitt's concerns that Covid-19 related lawsuits could be a boon for trial lawyers but said he didn't think a law to direct those suits to federal courts instead of state courts could pass the Democratic-led House.

He said he expects the Senate to return as scheduled in early May and resume the GOP's robust push to confirm federal judges.

In an interview later Wednesday with Fox News, McConnell dismissed suggestions from House Speaker Nancy Pelosi and other Democrats that Republicans did not want to include in the bill aid for hospitals or funding for coronavirus testing across the country.

"She's claiming they were only interested in hospitals and testing. That's not correct," he said. "What they really wanted to do was to pass legislation to send money down to state and local governments. And what I said is we're not going to do that. We are going to wait and take a pause. We are going to assess the future damage to the country by adding $2.7 trillion to the national debt"

McConnell also encouraged state governors to take steps to open up the economy, including by allowing hospitals to resume elective surgery, a key source of revenue many have stopped to prepare for coronavirus patients. He said the advice of health experts -- including Dr. Anthony Fauci -- should be followed.

That should include "social distancing" and "the de-stigmatization of wearing a mask. No one should be embarrassed to wear a mask," McConnell said.

McConnell praised the testing components of the bill that is expected to pass the House on Thursday and be signed into law as including "a Manhattan Project approach to testing."

Democrats have said already they want to pass a bold fourth Covid bill but McConnell said he wants to wait and see if it's needed. He also acknowledged mistakes can be made when Congress and the White House rush to spend so much money so fast, as happened since coronavirus forced the near shutdown of the US economy.

"Anytime you throw $2.7 trillion out over a short period of time, there are going to be mistakes made and so the next time we act we'll have the benefit of experience," McConnell said. "What did we already do? How much of it could be done better? Or do we do it at all, keeping in mind the impact on the future of this country with mounting this kind of debt? All of that needs to be considered in a more thoughtful, more measured, way before start acting again."