The poll’s origin derives from a Quinnipiac University classroom. In 1988, a Marketing and Research professor started the local poll to teach his students. 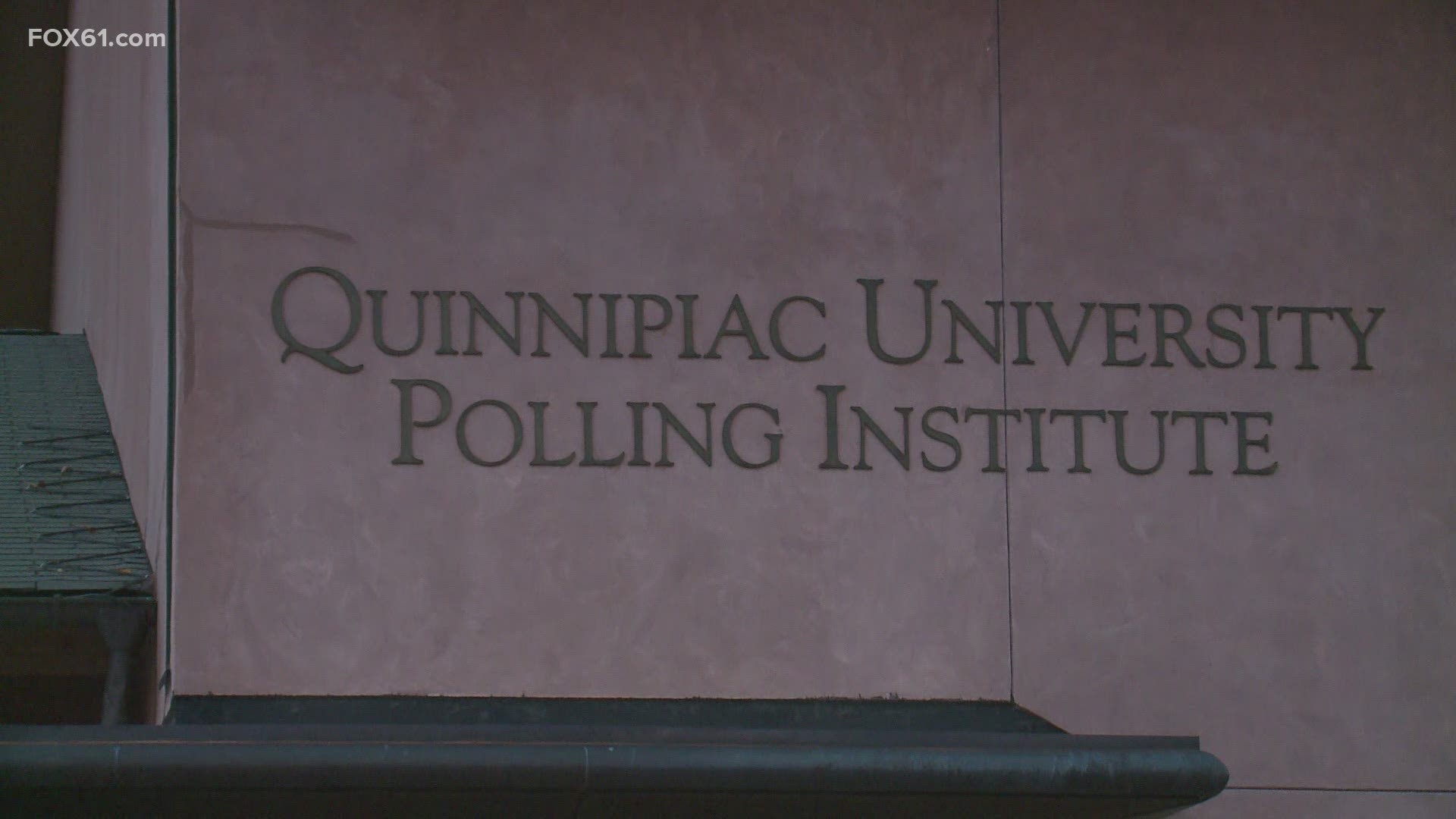 HAMDEN, Conn. — The Quinnipiac Poll. It’s one of the more recognizable and trusted names in national polling. They survey everything from current events to presidential elections.

"To call these people all over the country and be able to help them and get their voices to be heard," said student interviewer Joshua Tramontano

The poll’s origin derives from a Quinnipiac University classroom. In 1988, a Marketing and Research professor started the local poll to teach his students about conducting research. The University pushed to expand its reach to neighboring states, the region, and to currently 20 different states.

"In the presidential election years, we focus in on key battleground states like Florida, Pennsylvania, and Ohio," said Doug Schwartz, the Associate Vice President and Director of the Quinnipiac Poll.

The Q-Poll interviews between 1000 to 2000 people to create their national polls. This year, polling has increased to states with surprisingly tight elections like Texas, Alabama, and Georgia. Schwartz believes Florida and Pennsylvania are still the two to watch.

"In this election, they are absolutely critical in terms of who will win the presidency," said Schwartz.

There are some who roll their eyes when they hear of a new poll. They are quick to point out the 2016 election polls that predicted a victory for Democratic candidate Hillary Clinton over then-Republican candidate Donald Trump. Schwartz says that’s a misconception.

"The polls were actually right in terms of the popular vote, but, of course, our elections are decided by the states," said Schwartz. "We have an electoral college and President Trump won the electoral college."

The polling is done just off of Quinnipiac's Mount Caramel Campus. Normally, there would be over 100 people in cubicles making hundreds of calls each to survey people from around the country. Instead, COVID19 has the place locked down and the calls happening remotely.

The Senior sociology major has been interviewing people for the poll since his freshman year at Quinnipiac. He says that a goo night will yield three to five completed surveys.

"They really have strong opinions one way or the other," said Tramontano. "For me it’s very important that I get that right."

"To be able to record what people are thinking about during these tremendous events, I do believe it’s an important part of history," said Schwartz.

The Quinnipiac Poll will continue to release multiple polls a week in the days leading to the election. The work doesn't end with the election. The team will begin polling the country about the president's new agenda shortly after election day.

To see some of their recent polls click here.