This bird’s ear-splitting song could be the loudest in the world. It’s nearly deafened potential mates

Many bird species are the expert wooers of the animal kingdom, courting mates with melodic love songs and grand displays of affection. The bellbird isn’t ... 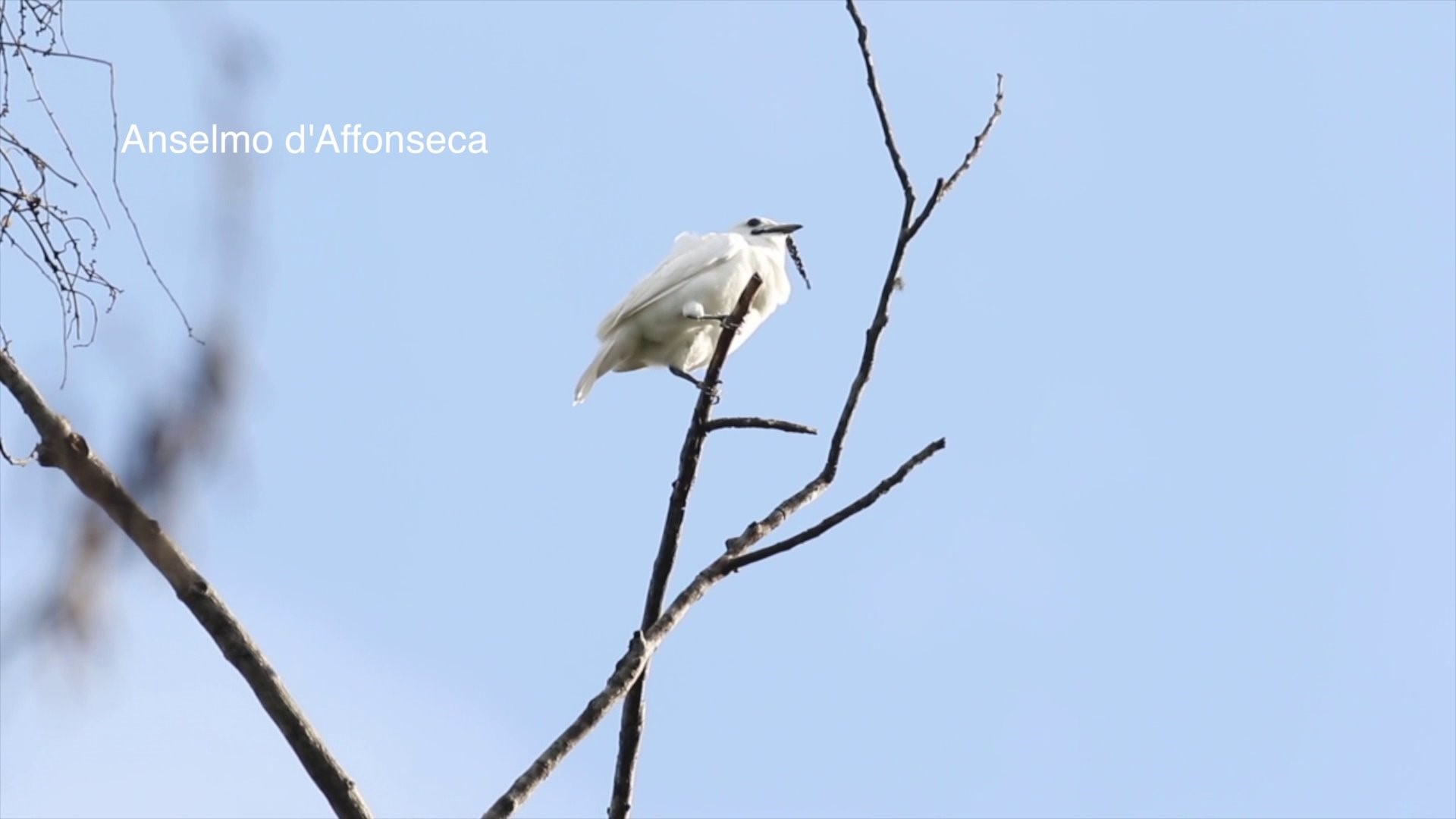 Many bird species are the expert wooers of the animal kingdom, courting mates with melodic love songs and grand displays of affection.

The bellbird isn't one of them.

The male white bellbird is perhaps the loudest bird ever recorded, per findings published in the journal Current Biology.

Its volume peaks at 125 decibels -- as a Yale Environmental Health and Safety handout puts it, that's the level where "pain begins."

To a human, the peculiar shriek would sound louder than a jackhammer or an eight-lane highway.

Jeffrey Podos, study author and a biology professor at the University of Massachusetts Amherst, called it the vocal equivalent of a peacock's elaborate tail -- birds attract potential mates with dramatic displays of their fitness.

Volume, it seems, is a discerning factor in sexual selection.

But in this unique courtship ritual, the male bellbird screams its song directly at the female bellbird. Romance takes on a different meaning in the avian world.

How does such a tiny animal make such a booming sound?

Sexual selection drives everything, Podos said. Females are extremely choosy about their potential mates, and the males are driven by courtship competition.

But the volume of their screech evolved from their diet, he said: The bellbird plucks and eats whole fruit and spends all day digesting it, then spitting out the seeds.

Podos called it a "very theatrical" ritual -- fitting for a spotlight-hogging bird.

To swallow fruit whole, their beaks have evolved to open at geometry-defying angles, wider than 90 degrees, he said. But it's had some acoustic benefits, too.

The width at which they open their beaks functions like the flared end of brass instruments like trumpets and tubas that amplifies their sound. The shape makes for a more efficient transfer of energy, and the birds have learned to use their tiny instruments to produce full-throated mating calls.

Researchers still aren't sure why they scream

Now that they've nailed down the bizarre noise, researchers (perhaps reeling from ear-splitting headaches) are left wondering -- what's its function?

It's a question that merits further research, Podos said. It would certainly never fly in the human world.

The females they studied didn't appear to enjoy the song, even though it drew them near the offending male.

And while other species typically dial down the dramatics when a potential mate comes near, the bellbird cranked the volume of its song up several decibels, potentially damaging female birds' hearing.

"We didn't see any cases when the female accepted the male, when they eventually mated," he said.

The bird resides in the Amazon. That could be a bad thing

The bellbird's call had never been studied like this before, and learning more about its unique function requires more research.

The birds inhabit the northern part of the Amazon rainforest in Brazil. Dry season there runs from January to March, when conditions are perfect for expansive burns (the southern Amazon basin dries out in the summer, and this season produced widespread fires).

While in the field, Podos and his team watched farmers set fire to clear their land that eventually jumped the road and climbed up the mountain toward the peaks where the bellbird lives.

"There are tons and tons of similar places in the forest that have already disappeared," he said. "We don't know what we've lost with that."

The Amazon is a uniquely biodiverse collection of ecosystems , where it's estimated a new plant or animal species is discovered every two days. Future insight into the bellbird and the millions of species it shares the Amazon with is threatened by continued habitat loss.

"They're gorgeous birds, they're not very well-known, and through no fault of their own, they're at risk," he said. "It's just the way that human culture has spread."