Fiona Warland plans to run the road race through the quaint streets of a town in Great Britain that was settled by the Saxons in the sixth century. 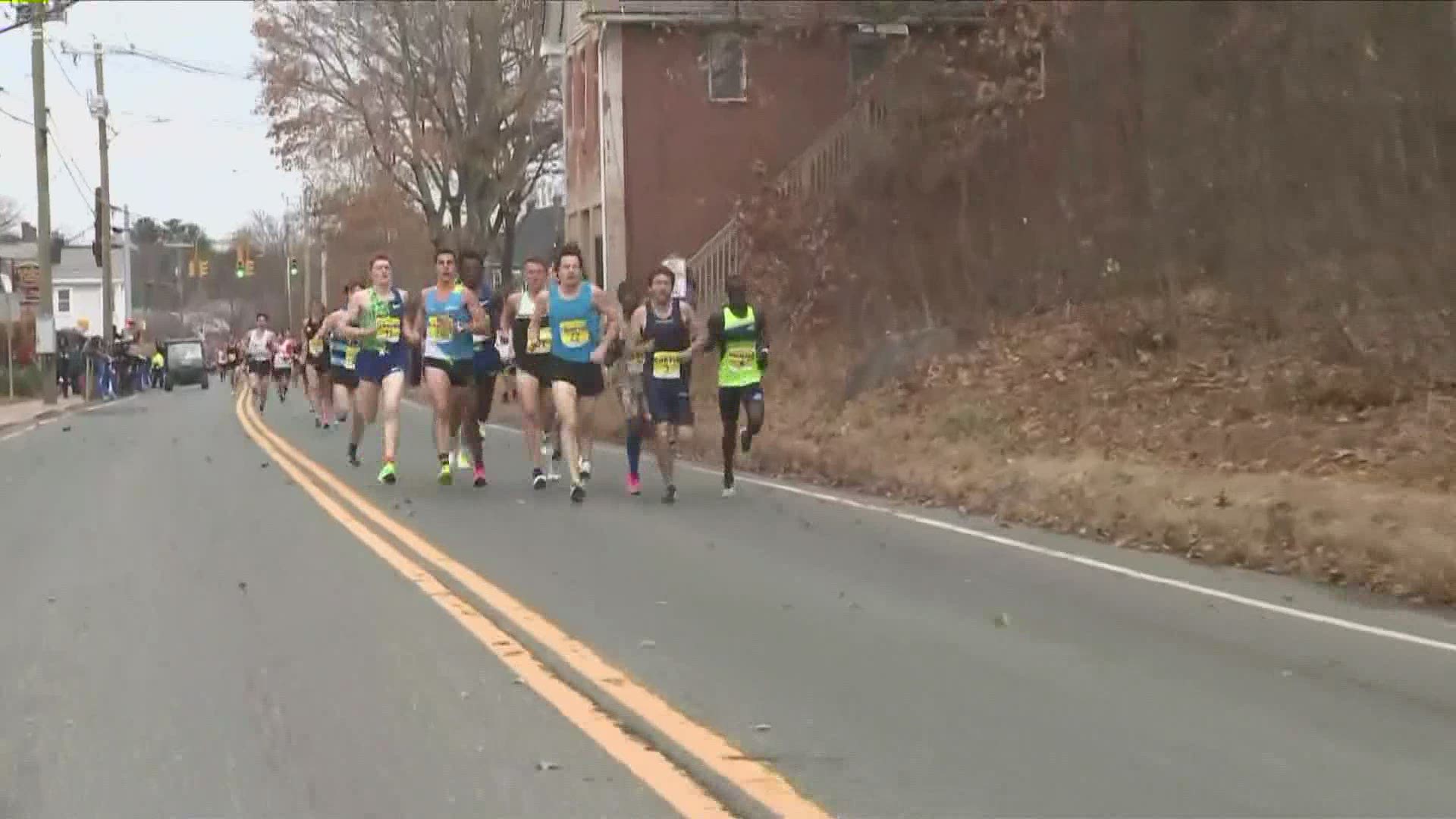 Downtown Manchester will be quiet this year on Thanksgiving Day, but runners will still be pounding the pavement in the virtual Manchester Road Race.

Race officials said some will be at the Eiffel Tower, at the site of an old gunpowder factory in Ireland, through the streets of an historic hamlet in Great Britain, and at a seacoast city in the “Land Down Under”.

"Because entrants in the Virtual Manchester Road Race will use a smartphone app that enables them to run the MRR at any location, anywhere in the world, race officials have been receiving a number of entries from runners in foreign countries," said race officials.

According to a release, runners will be in excellent company this year, joined by some of the best performers in the history of the Turkey Day run.

12 former winners who have accounted for 35 MRR championships, and ten other elite athletes who have strong connections to the race, have volunteered to participate by running the road race’s 4.748-mile distance at locations throughout the country and the world, officials said.

Mary Cotard, the daughter of Olympic medalist and four-time Manchester champion Joe McCluskey, will run the MRR—her third—in Paris this November. Cotard is a financial manager who has lived in France for a number of years. Although the French government recently imposed stringent restrictions to combat rising coronavirus infections in the country, residents are permitted to exercise outside of their homes for an hour a day within one kilometer of where they live. “Which means that I definitely do intend to run in the virtual MRR,” Cotard wrote in a recent email. “I would run the race even if I had to run around the block many times,” Cotard added. “I will not miss the race.” 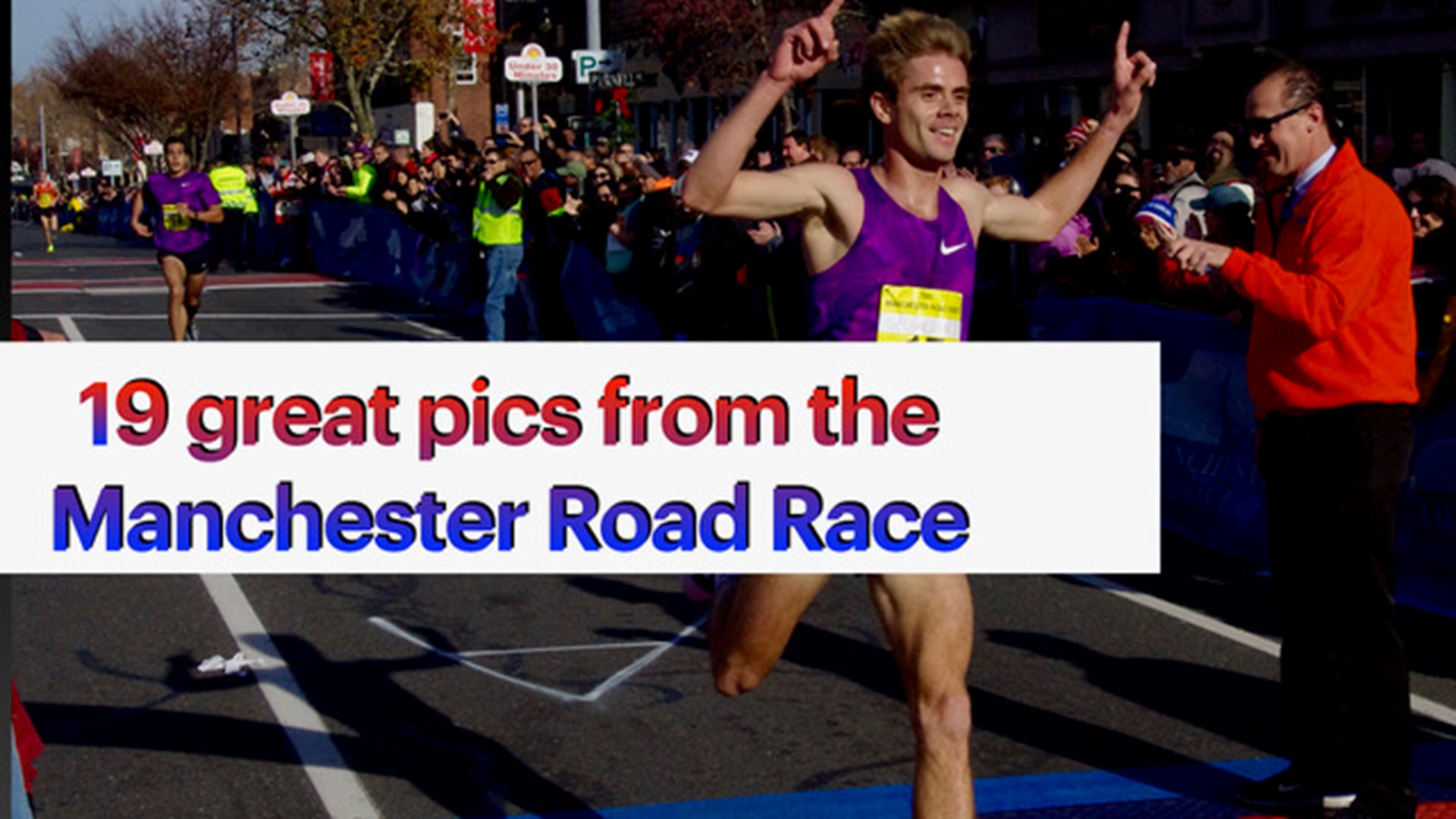 Kieran Donovan of Cork, Ireland will walk the VMRR with his wife, Rita, at the 140-acre Ballincollig Regional Park, where a factory that produced gunpowder for the armies of the British Empire was once located. The Donovan’s adult children, Ian and Susan, will also participate. Kieran Donovan was a standout Irish half-miler who competed for the College of the Holy Cross. He placed 19th at the 1968 MRR and finished 12th here in 1971.

Two members of the MRR’s fabled “Irish Connection”, John Treacy and Eamonn Coghlan, will also join the VMRR from Ireland this November. Treacy won the silver medal in the marathon at the 1984 Los Angeles Olympic Games and was a four-time champion in Manchester. Coghlan, one of the world’s greatest indoor milers, had three Turkey Day wins here.

“These great athletes won’t be receiving prizes or appearances fees this year, but they will all earn our eternal gratitude for supporting the Manchester Road Race during the Covid-19 crisis,” said Dr. Tris Carta, President of the Manchester Road Race Committee. "Jim Harvey, our elite runner coordinator, did a terrific job soliciting their participation, which adds excitement and enthusiasm for the virtual race."

Fiona Warland plans to run the road race through the quaint streets of a town in Great Britain that was settled by the Saxons in the sixth century. “My husband Gary and I will be running in/around Bicester, very close to Oxford and an hour north of London,” she said in a recent email to race organizers. The Warlands traveled from Great Britain to Manchester to compete in the Thanksgiving Day run in 2015 and 2017. Gary Warland placed fifth in the 40-45 age group at the 2015 MRR.

Dan and Molly Kennedy will use a double stroller to push their twins, Cora and Finn, when they all participate in the VMRR in Sydney, Australia. Cora and Finn were born there on June 23rd. Ned and Dani Kennedy of Vernon are the proud grandparents of Cora and Finn. Members of the Kennedy family have been long-time participants at the Manchester Road Race. Dani Kennedy is also a member of the MRR’s Executive Committee.

“There is an old saying that when life gives you lemons, make lemonade,” Manchester Road Race President Dr. Tris Carta said. “We are doing that during the Covid-19 pandemic by sponsoring the virtual race. One of the great things this year is the fact that people are showing their solidarity with us during this crisis by running the Manchester Road Race at places all around the world.”

Here is the full group of past championship and notable entrants participating:

Registration for the Virtual Manchester Road Race began on October 1st and will continue through November 24th. The VMRR can be run anytime between November 19 and November 25th. More information about the virtual race, and on-line entry applications are available at www.manchesterroadrace.com.