NEW BRITAIN, Conn. —  Central Connecticut State University released reports of sexual misconduct over the past 10 years to the public. The most recent report of... 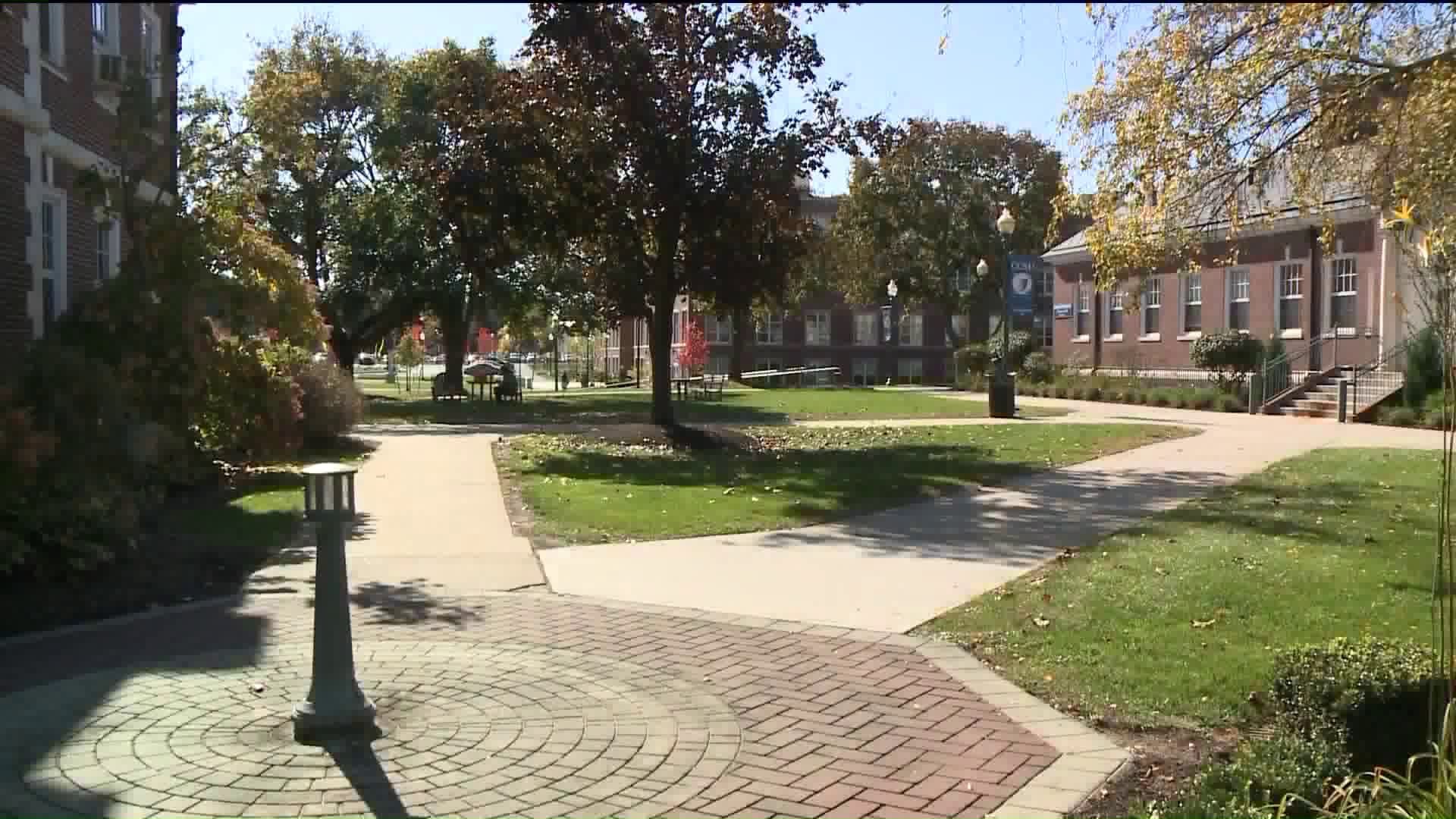 NEW BRITAIN, Conn. —  Central Connecticut State University released reports of sexual misconduct over the past 10 years to the public.

The most recent report of sexual misconduct by a professor at CCSU happened last year. Now the release of those reports are stirring up conversations about campus safety and transparency.

“I don’t feel comfortable staying after with professors, which is kind of crucial to my degree,” said freshman, Kristina Jackie.

Jackie was not yet a student at CCSU when someone came forward alleging Mathematics Professor, Mihai Bailesteanu, subjected her to unwelcome romantic and sexual advances between October of 2017 and April of 2018.

According to the report, he is alleged to have kissed her on her cheek and asked her inappropriate questions like whether she was a virgin or taking birth control.

A University Report upheld by CCSU President Toro, found more likely than not this professor violated the university and state sexual misconduct policies. Yet, he is still teaching classes.

“I think that I have made myself crystal clear,” said University President, Zulma Toro. “We have a zero tolerance policy for this type of behavior.“

Nine cases of reported sexual misconduct in the past 10 years have led to the university dismissing alleged wrongdoers.

President Toro said this professor's case has made it to arbitration and that the university has to follow the Collective Bargaining Agreement, which allows him to continue to teach, while the arbitration case is ongoing.

“We believe in the due process and that's what we are doing,” says Toro. “I can guarantee to the students that we are doing everything that’s in our power.”

“Toro is putting more of an emphasis on, go to the helpline, talk to CCSU professors,” says Noah Bielinski, a senior. "They all have to report this. It feels like there’s more of a support network now. When I started CCSU, there was no real mention of it. It seems like [President Toro] does make a point of getting the person out of CCSU, whether it’s administrative leave or it’s just straight out firing.“

To further combat misconduct on campus, the university has added two investigators to the newly expanded Office of Inclusion and Equality starting November 7.

CCSU also hired a new Vice President of Diversity, Equity and Inclusion, who started in July . They are tasked with conducting investigations in a timely manner and so the university can take whatever actions are needed.

“And my commitment to the students, the faculty and the staff, is that we will be a safe, welcoming, and inclusive campus,” said Toro.

Professor Bailesteanu‘s arbitration hearing is supposed to be scheduled for the end of the semester.

I thought you should know that we are releasing a series of reports to the news media today in response to three Freedom of Information Act (FOIA) requests related to sexual misconduct complaints.

One request required the University to supply 10 years of reports from the Office of Diversity and Equity (now the Office of Equity and Inclusion (OEI)) in which there were “findings” of faculty and staff sexual misconduct (click here for the reports). Of the 10 cases in which there were findings, only Mihai Bailesteanu, assistant professor of Mathematical Sciences, remains employed at CCSU while the AAUP appeal of our actions to discipline and dismiss Professor Bailesteanu continues through the arbitration process.

Two other FOIA requests specifically targeted complaints, findings, written reprimands, appeals, and disciplinary records involving Serafin Mendez-Mendez, professor of Communication (click here for report) and Jeffrey Teitler, professor of Communication (click here for report). Student complaints had triggered investigations of both faculty members and resulted in “no findings.” As for the FOIA request for disciplinary records that may or may not exist, we are prohibited from disclosing any contents of faculty members’ personnel files under the Collective Bargaining Agreement except when ordered by a court of law.

When I arrived at CCSU two-and-a-half years ago, I declared zero tolerance for sexual misconduct and bullying, and I have continued to take a strong stand in rectifying past errors—as evidenced by the faculty and staff I have terminated. As infuriating as it is that bad behaviors and poor judgment of a few tarnish the University’s reputation, we must remain vigilant in empowering the Central family to speak up and feel confident that we hear them and will aggressively pursue complaints of misconduct.

Toward that end, we are making significant progress. Under the leadership of Rusty Barcelo, interim vice president for Equity and Inclusion, and Pamela Whitley, senior associate director for Equity and Inclusion, we are expanding the expertise within OEI. In fact, this week we hired two individuals for the newly created investigator positions. Adding them to our team enables us to move from a single investigator model to one that establishes checks and balances and decreases individual bias or conflicts of interest.

Working together, we are making changes and investments that will cultivate a healthy, safe, and inclusive campus environment. I look forward to your continued support of these efforts.