According to the superintendent, 17 staff members at Colchester Elementary called out Monday. It was a number that couldn’t be covered by substitutes. 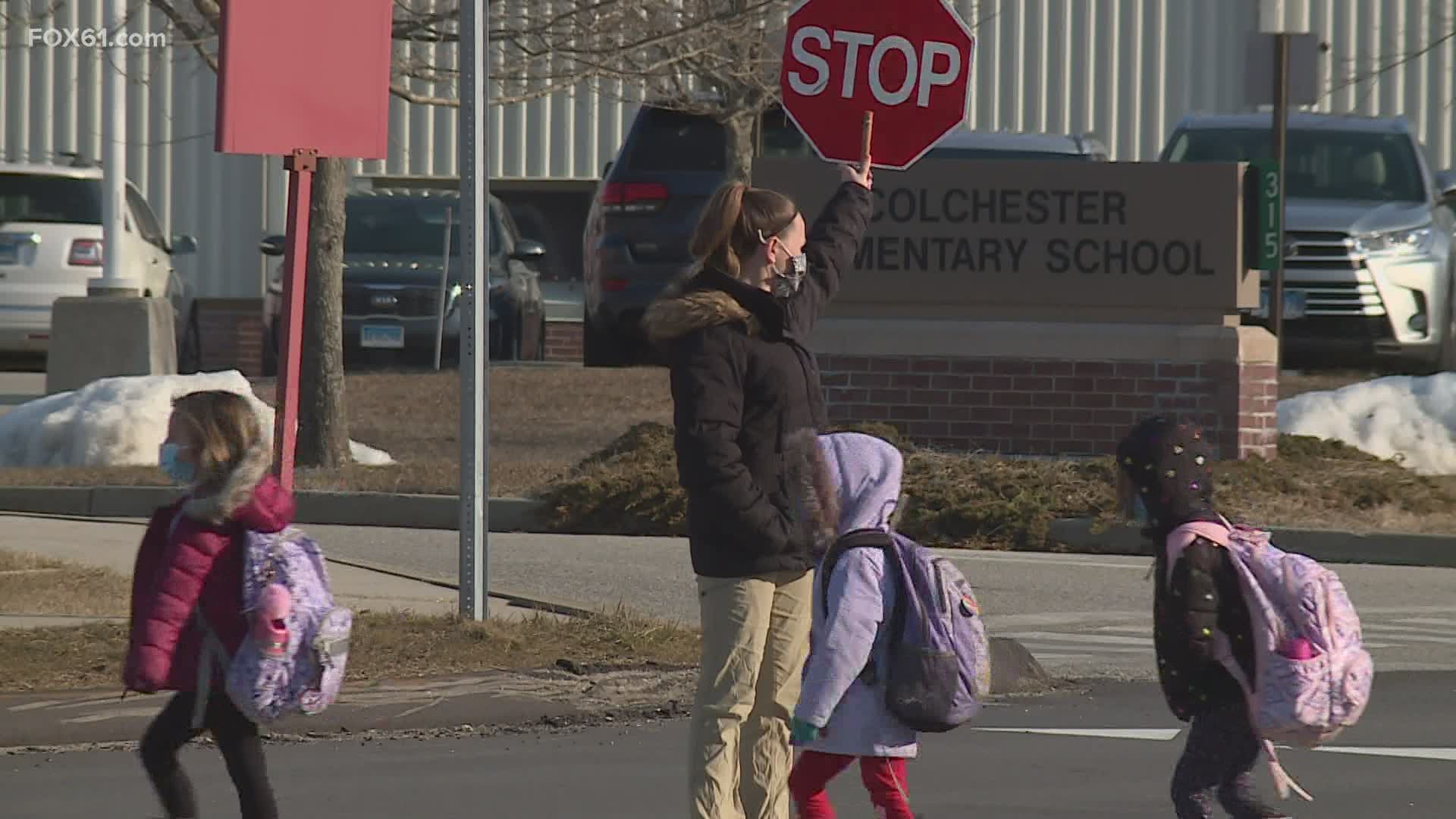 COLCHESTER, Conn. — Colchester Elementary was back open Tuesday after the school was forced to close on Monday because several teachers reported side effects from the COVID-19 vaccine.

“On Saturday, we had a clinic that was part of Chatham Health District, where about 150 of our staff members were vaccinated with the Johnson & Johnson vaccination, and then on Sunday, we started to hear from building administrators that more and more teachers and staff were calling in sick,” said Colchester Public Schools Superintendent Jeffrey Burt.

According to the superintendent, 17 staff members at Colchester Elementary called out Monday, experiencing mild to moderate side effects.

It was a number that couldn’t be covered by substitutes.

“We had a total of about 35 across the district, obviously spread across the other schools, we were able to keep them open, but it was difficult, to be honest,” Burt said.

“That clinic from Saturday, there were a total of six school districts that participated there. I think 700 educators were vaccinated. It seems like only Colchester had a handful of people call out sick, enough to impact the elementary school,” Chief Operating Officer Josh Geballe said.

According to health experts, side effects from the COVID-19 vaccine such as injection site soreness, fatigue, and aches can be expected within 12 to 48 hours after getting the shot.

“That’s really just a reflection of the body revving up that immune system, cranking out those T-cells and antibodies,” said UConn Health infectious disease physician Dr. David Banach. “The phase three clinical trials showed very similar rates of the different side effects amongst the three vaccines.”

Colchester First Selectman Mary Bylone said this incident should not discourage anyone from getting vaccinated.

“I’m very proud of the response in my community of Colchester. The over 75 group, we’re way over 90% of our residents that have been vaccinated,” she said.