With their height and dark coloring, moose are harder to see at night 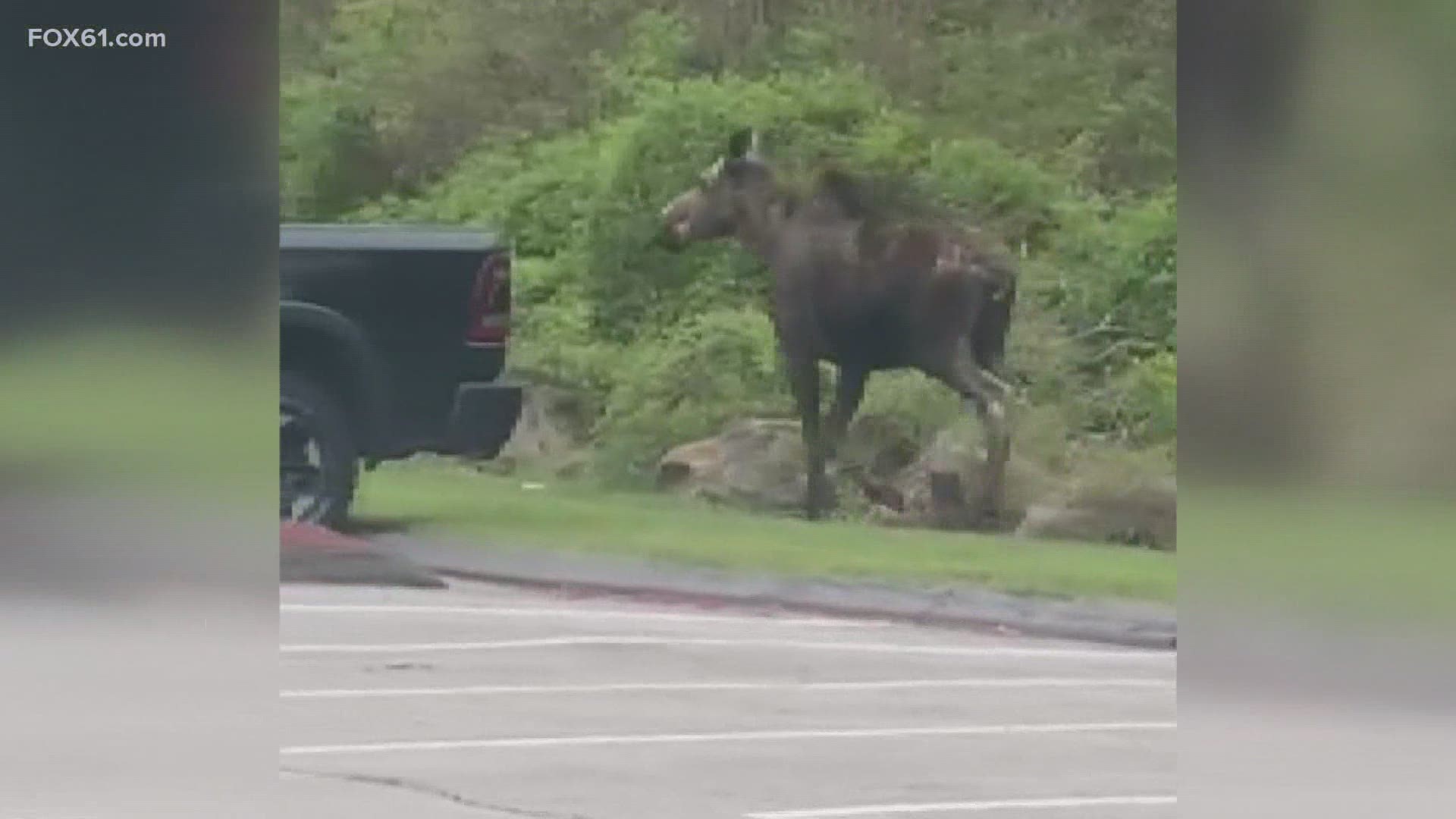 HARTFORD, Conn. — State officials are warning drivers to be on the lookout for moose and deer in these spring months.

Officials at the Department of Energy and Environmental Protection (DEEP) advised drivers to be watchful of increased deer and moose activity along roads, especially during early morning and evening hours.

"May and June mark the birthing period for deer and moose,” DEEP said in a statement. “Although Connecticut's moose population mainly resides in the northwestern part of the state, they can be seen in eastern Connecticut."

The warning comes after three people were injured when a car struck and killed a moose earlier this month.

Connecticut State Police said five people were traveling north on Route 272 near the intersection of Rt. 263 in Goshen on May 1 around 9:30 p.m. when the car struck a moose. Three of the five people in the car were treated at Charlotte Hungerford Hospital.

Police said the moose was killed in the impact.

The American College of Surgeons said in 2019 that more than 500 traffic crashes in northern New England involve a moose.

“The injuries sustained by a vehicle’s occupants—because of the height and weight of the animal—can be far more serious and more likely to result in fatalities than collisions with deer," it said.

Moose are active in the spring when the offspring seek out their own habitat. They are also active during the breeding season, running from mid-October for moose through mid-December for deer.

DEEP’s Wildlife Division said drivers should slow down and drive defensively should a large animal, such as a deer, moose, or even a black bear, be spotted on or by the road.

"Because moose are darker in color and stand much higher than deer, observing reflective eye-shine from headlights is infrequent and, when struck, moose often end up impacting the windshield of vehicles," DEEP said.

Officials said when checking the road for moose at night, look higher than you normally would for deer and reduce the speed of your vehicle. All moose, deer, and bear collisions with vehicles should be reported to local, state, or DEEP Environmental Conservation Police Officers. DEEP’s 24-hour Dispatch Center can be reached at 860-424-3333.

“Moose sightings have recently been reported in the Storrs/Mansfield area, as well as in Ashford, and motorists are advised to drive with caution along Routes 32 and 44 and near Mirror Lake on Route 195,” Andrew LaBonte, Deer and Moose biologist for the DEEP Wildlife Division said. “Over 40 moose-vehicle accidents have been reported in Connecticut between 1995 and 2021, with an average of two per year since 2002.”

Most of Connecticut is not considered ideal habitat for moose because the state’s landscape is fragmented, roadways have high traffic volume, and moose have large home ranges (approximately 10-15 square miles). Moose venturing into southern Connecticut, with high population density, road networks, and traffic volumes, pose an increased potential for human fatalities from accidents as compared to deer-vehicle accidents.

Residents throughout the state are encouraged to report moose sightings on the DEEP website.