The blaze near Chestnut Street has limited access for firefighters; please avoid the area. 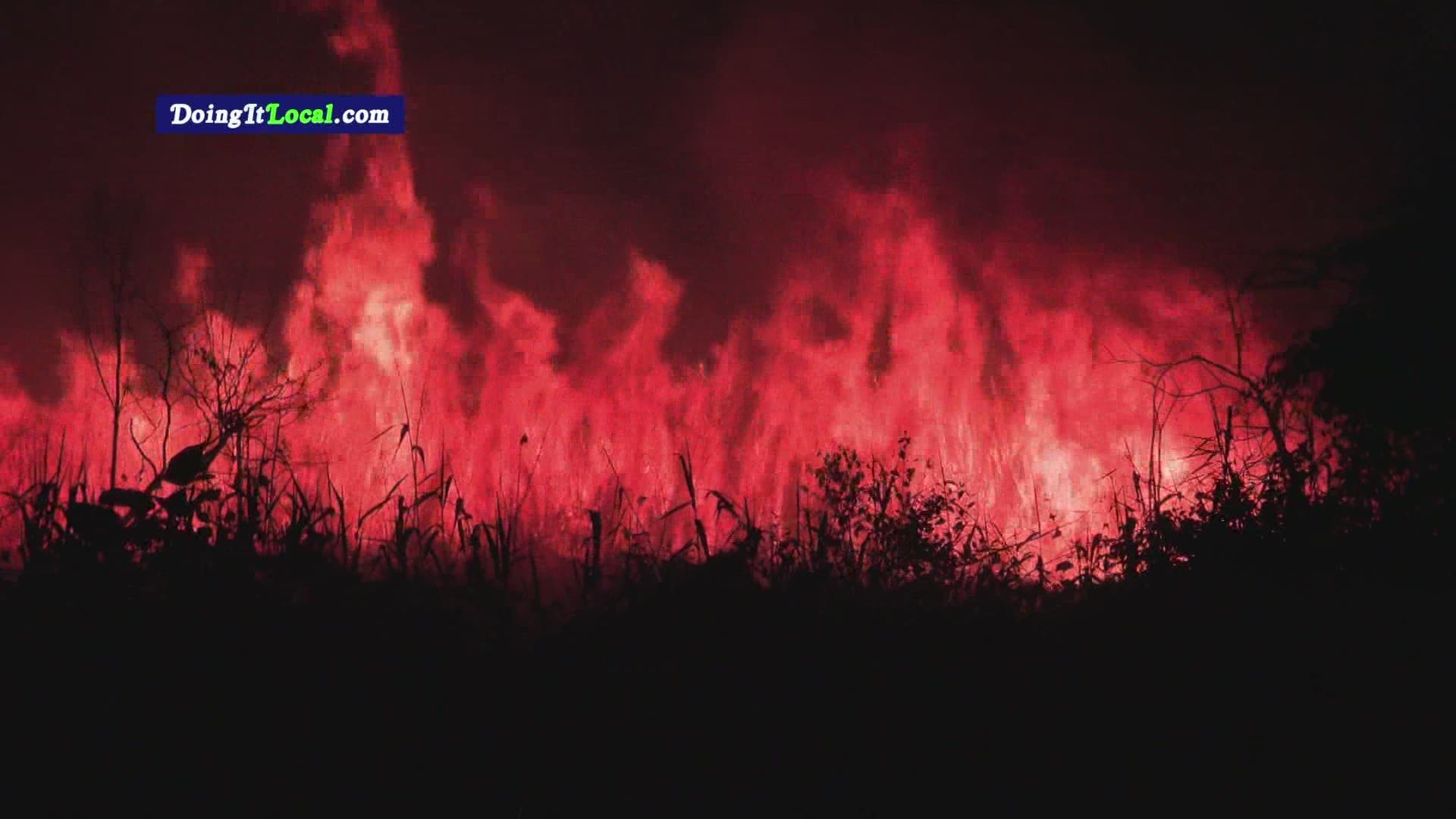 FAIRFIELD, Conn. — A large brush fire in Fairfield is burning close to Metro-North railroad tracks, prompting the suspension of rail traffic on the New Haven Line.

The fire was called in shortly after 9 p.m. It's burning a marsh area in the Chestnut Street and King's Highway area, near the Home Depot shopping plaza. Access to the fire area is limited, so please avoid the area and give crews room to get equipment in and out.

Firefighters from Bridgeport have been called in for mutual aid.

A lack of rainfall has created a high risk for brushfires throughout the state.

RELATED: Large brush fire snuffed out after being seen from doppler radar near the Tweed-New Haven Airport