HARTFORD — Democratic Presidential front-runner Hillary Clinton made a campaign stop in Hartford Thursday ahead of next week’s state primaries. The ...

HARTFORD — Democratic Presidential front-runner Hillary Clinton made a campaign stop in Hartford Thursday ahead of next week’s state primaries.

The former Secretary of State held a discussion on gun violence at the Wilson-Gray YMCA where she sat down with family members of gun violence victims about her commitment to enact commonsense gun safety measures as President.

“If anything else were killing 33,000 Americans a year, we would be fully mobilized, doing everything we possible could to save lives,” Clinton said. “I’m not here to make promises I can’t keep. I am here to tell you I will use every single minute of every day, if I am so fortunate enough to be your president, looking for ways that we can save lives, that we can change the gun culture.” 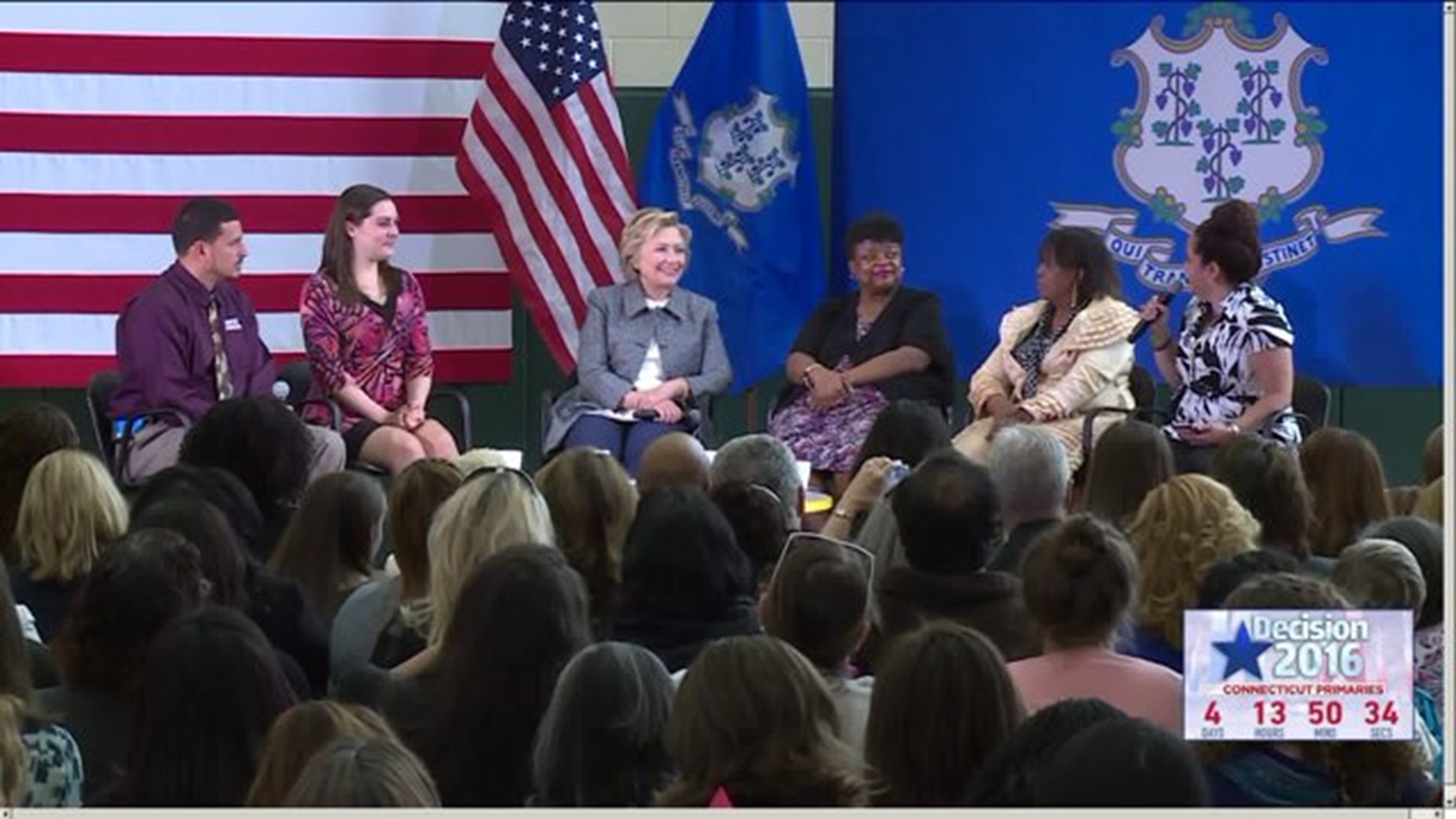 Erica Smegielski, whose mother Dawn Hochsprung was killed in the Sandy Hook tragedy, spoke at the event. She said her passion from gun control is no longer just about her mother's death. "She's gone. This needs to be done."

Smegielski noted that mass shootings are the minority, but there is everyday gun violence that plagues cities. A local man spoke about his incidents with guns, his troubled childhood, joining a gang, and the events that resulted in his brother's death. He said he has dedicated his life to helping others since then. 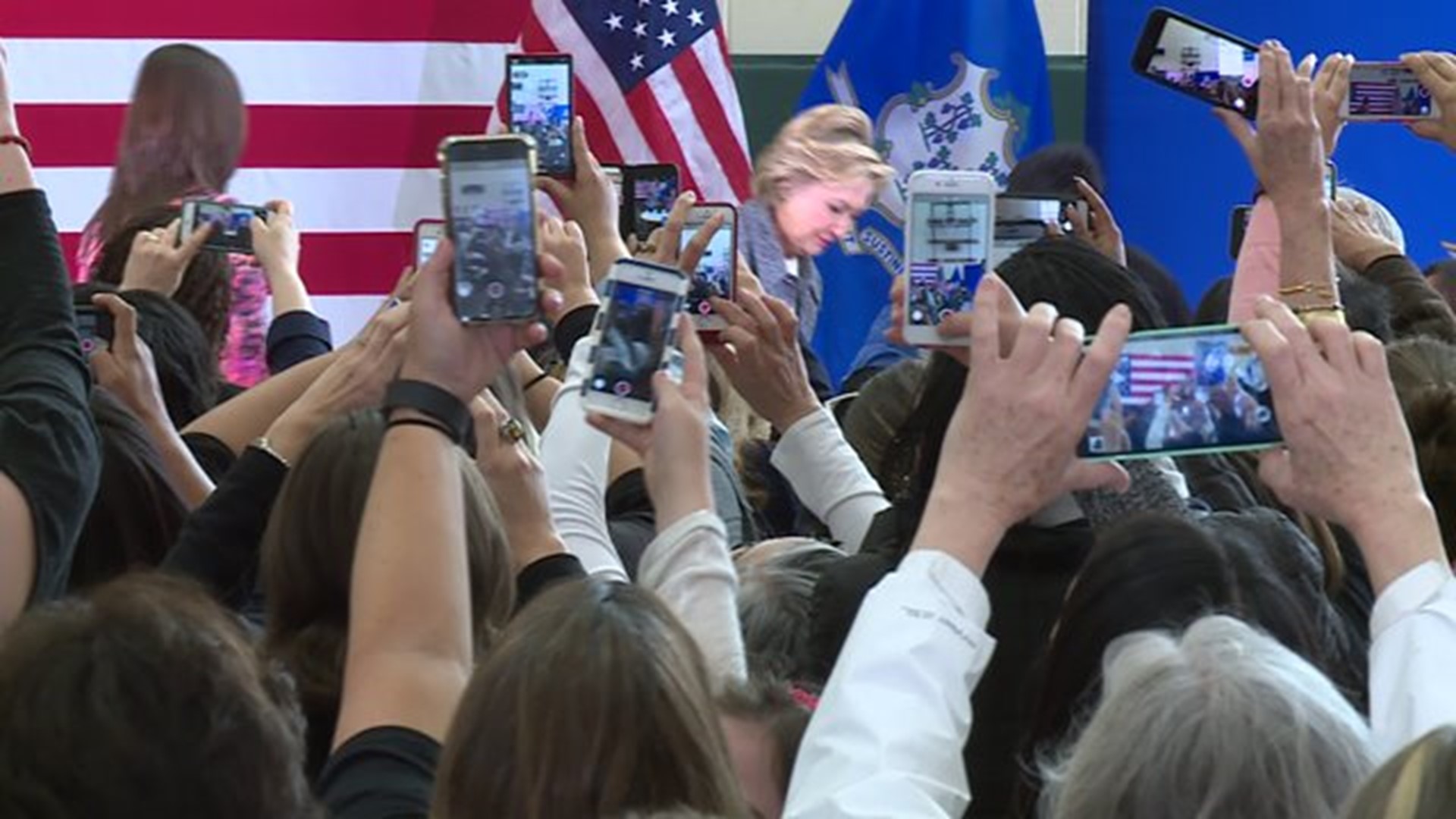 Kimberly Washington of Mothers Demand Action in New Haven spoke next. She works with high school students and said she encounters violence every day. Another woman, who lost her sun to gun violence at age 20 shared her story.

Clinton has proposed steps to tackle gun violence in communities all across the country and here in Connecticut including comprehensive background checks, keeping guns out of the hands of domestic abusers and other violent criminals and ending immunity protections against irresponsible gun manufacturers and dealers which prevent victims families from holding them accountable. 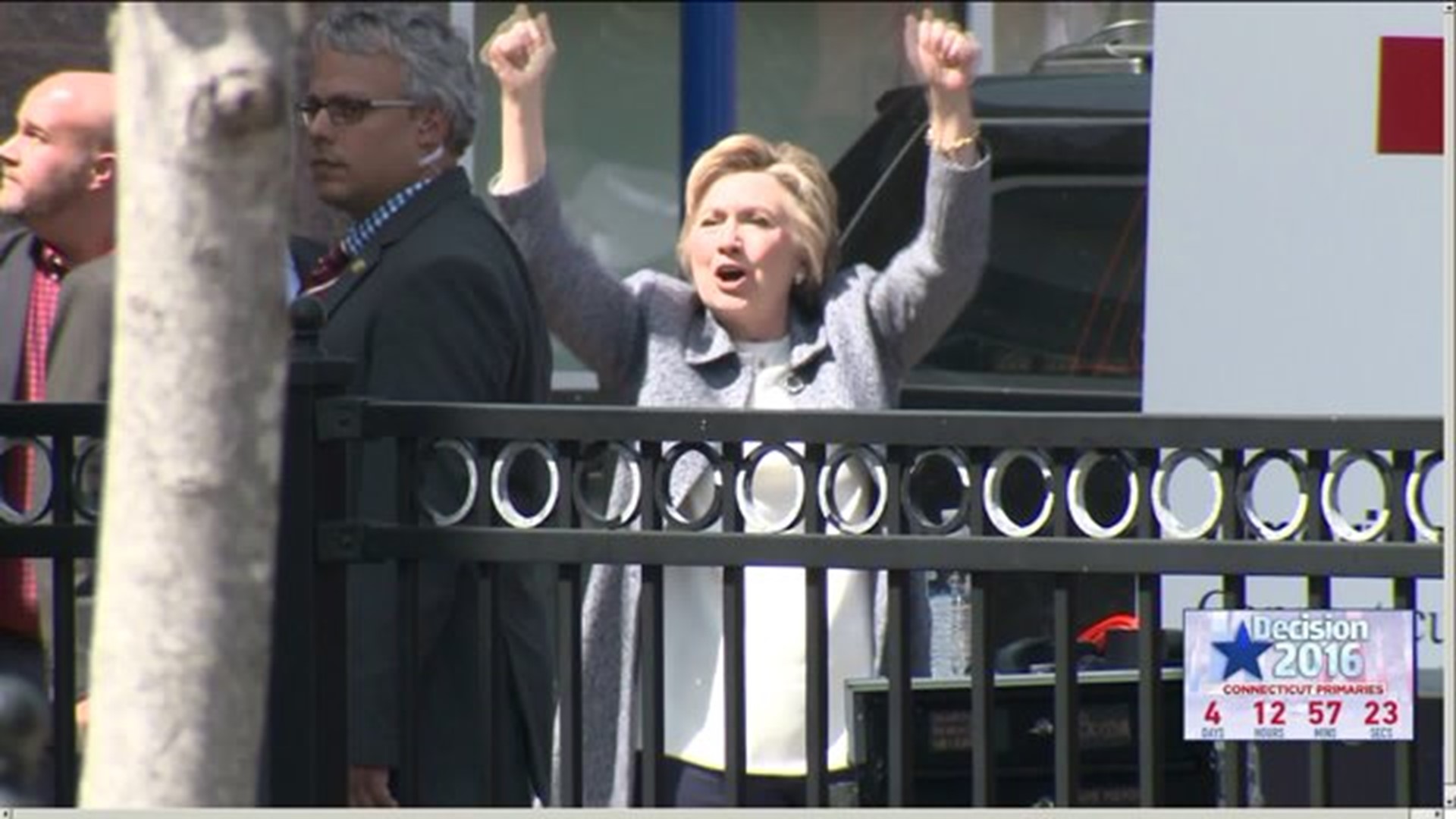 Nelba Marquez-Greene, whose daughter Ana Grace was killed in the Sandy Hook tragedy spoke about her experiences. She asked Gov. Malloy to reconsider deep cuts to social services and mental health in the new proposed budget.

Last week, a Connecticut Superior Court Judge ruled that a lawsuit can move forward against the maker of a rifle used in the 2012 Sandy Hook Elementary School tragedy. The judge said the law protecting gun makers from lawsuits does not prevent lawyers for the families from arguing the weapon used should not have been sold to civilians. Clinton applauded the ruling and would back the charge to repeal the law that protects the gun manufacturers.

Clinton is ahead in the latest Quinnipiac poll. She has a 51-42 percent lead over Bernie Sanders among likely Democrat primary voters in Connecticut. GOP candidates Gov. John Kasich and Donald Trump are also planning on visiting the state in the next few days.

Find out if you are registered to vote here. 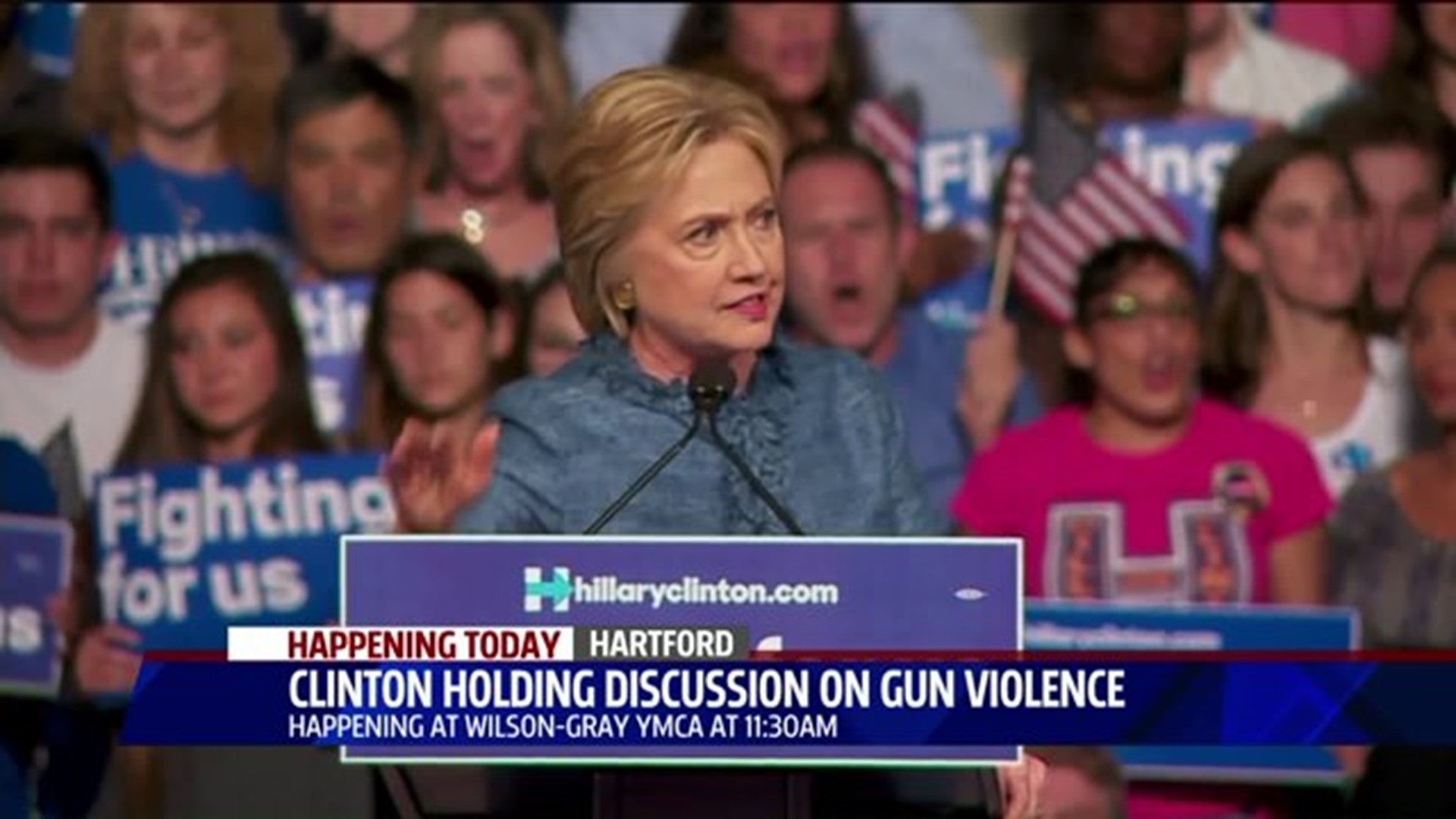