Family takes fight for first responder benefits to the Capitol

HARTFORD — A local family struggling to pay medical bills took their fight to the State Capitol to push a bill that would give extra compensation to disabled pu... 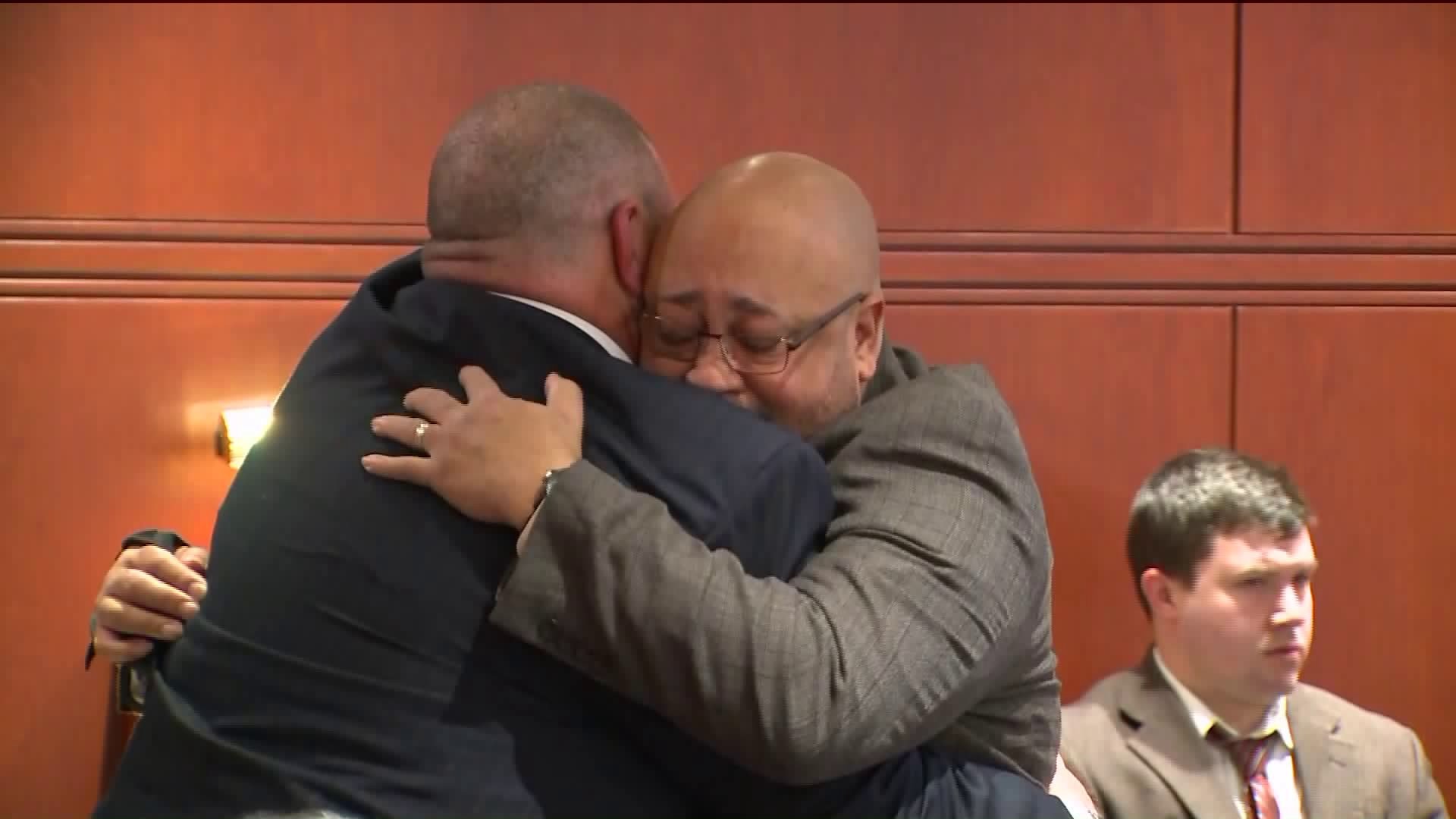 HARTFORD — A local family struggling to pay medical bills took their fight to the State Capitol to push a bill that would give extra compensation to disabled public safety employees.

When a police officer is killed on duty, family members get significant financial help. But let’s say the officer survives, but remains permanently injured, that same family gets limited help.

“I’m very lucky and I’m so glad that I have a dad like him,” said Michael Roselle about his father, Phillip Roselle.

September 5th, 2017 was a day that changed everything for the Roselle family.

“My life has been a complete roller coaster,” said Phillip’s wife, Debbie.

It was the day her husband, who is a Norwalk Police Officer, was accidentally shot by his sergeant during a firearms training.

“I have a bullet in my chest that I feel every day whether I breath, cough or sneeze or laugh. It’s constantly there,” explained Phillip.

For Phillip, the road to recovery has been long and filled with potholes.

“He is not the same person. He has permanent nerve damage in his right hand, he still has the bullet lodged in his rib, he has PTSD and his kidneys have failed,” said Debbie.

The accident put Phillip on workers comp and disability, but the benefits ran out as the medical bills rolled in. Realizing they weren’t alone, the Roselle family connected with injured officers in Massachusetts.

Mario Oliveira is a retired detective who was shot six times.

“Our overall mission is to have what happened in Massachusetts spread the country,” he explained.

That’s where State Senator Bob Duff stepped in. He introduced their bill.

“To provide the gap difference between what workers compensation would pay and their regular pay,” explained State Sen. Duff, the Democratic Majority Leader. SB 556 would authorize cities and towns to make sure any public safety who was disabled on duty receives their regular rate of pay until age 65.

“Whatever happened to us, we're left with honor and respect and we're not asking for much, we just want to know that our families are going to be taken care of," said Phillip.

The Roselle family said it’s not about money, it’s about doing the right thing for all first responders.