FARMINGTON — Democrats are downplaying the significance of UTCs merger with Raytheon, while Republicans are using it as an opportunity to slam Governor Lamont. ... 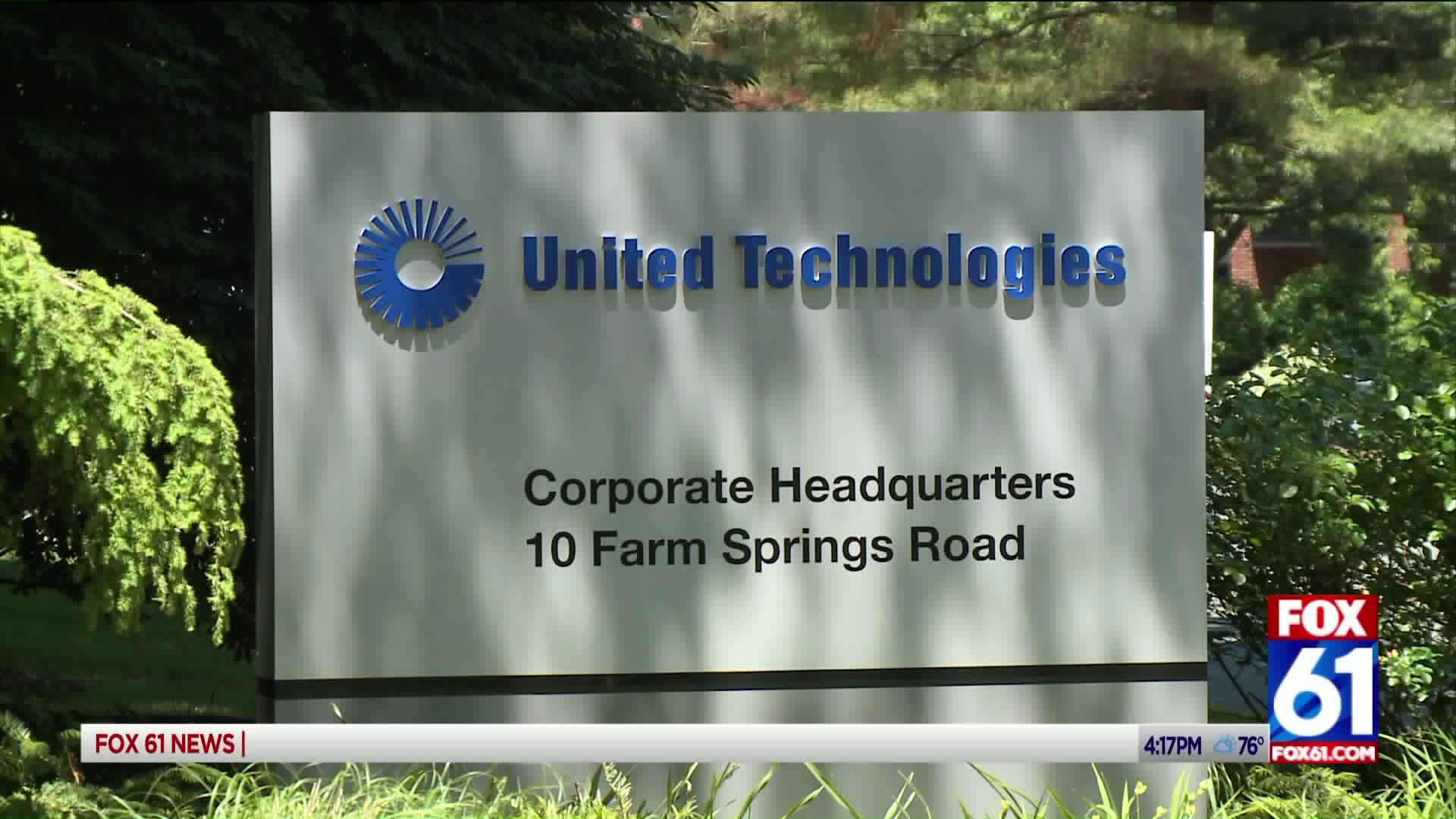 FARMINGTON — Democrats are downplaying the significance of UTCs merger with Raytheon, while Republicans are using it as an opportunity to slam Governor Lamont.

One thing we know is it will mean the loss of about 100 jobs. That may not seem like a lot, but its 100 of the companies highest paying jobs. It’s the biggest corporate merger of 2019.

UTC and Raytheon are combining into an aerospace and defense powerhouse.

Most will stay in Connecticut. But 100 jobs will move to their new headquarters in Massachusetts. Joe Brennan, President, CBIA said “Would we rather have the headquarters here in Connecticut, absolutely. The important thing is we are keeping virtually all of the 19,000 plus jobs. We have to work even harder to create the climate here so when these decisions are made like what are you going to call the company where are you going to locate it, that Connecticut wins more than it loses which we really should.”

He was not available for further comment Monday. Governor Lamont said he spoke with UTC CEO Greg Hayes.

The announcement of UTCs merger comes just three days after Gov. Lamont’s letter to Netflix, AMC and Disney encouraging them to come to Connecticut.

“It’s extraordinary what they are doing. I think they have a pretty good home right here in Connecticut,” said Lamont.

Rep. Vin Candelora, (R) Deputy Republican Leader said, “Definitely a stain on the governors first six months in office and again I’m hoping that he begin to realize that he needs to start looking at good fiscal practices for the state of Connecticut. That is what is going to get businesses here.”

UTCs decision is somewhat puzzling considering just a year ago then U.S. Small business administrator Linda McMahon was at UTC as they announced their plan to hire 35,000 people, create 2,000 more jobs in Connecticut and invest $15 billion over 5 years.

Sen. Matt Lesser, (D) 9th District said, “Not only do I see them meeting that commitment, but I see them doubling down on their manufacturing presence in Connecticut.”

The merger comes at a time of transition for UTC.

They are separating their aerospace division which includes engine maker Pratt & Whitney from HVAC company Carrier and elevator manufacturer Otis. And comes at a time when the Pentagon is putting more pressure on contractors to cut costs.

Sen. Richard Blumenthal, (D) Connecticut said, “I want to make sure that this merger if anything, creates more jobs for Connecticut and doesn’t reduce them and that they operate more efficiently at a lower cost to our taxpayers.”

Democrats were quick to point out today that several companies have chosen to relocate to Connecticut including Cigna, Charter and NBC Sports.