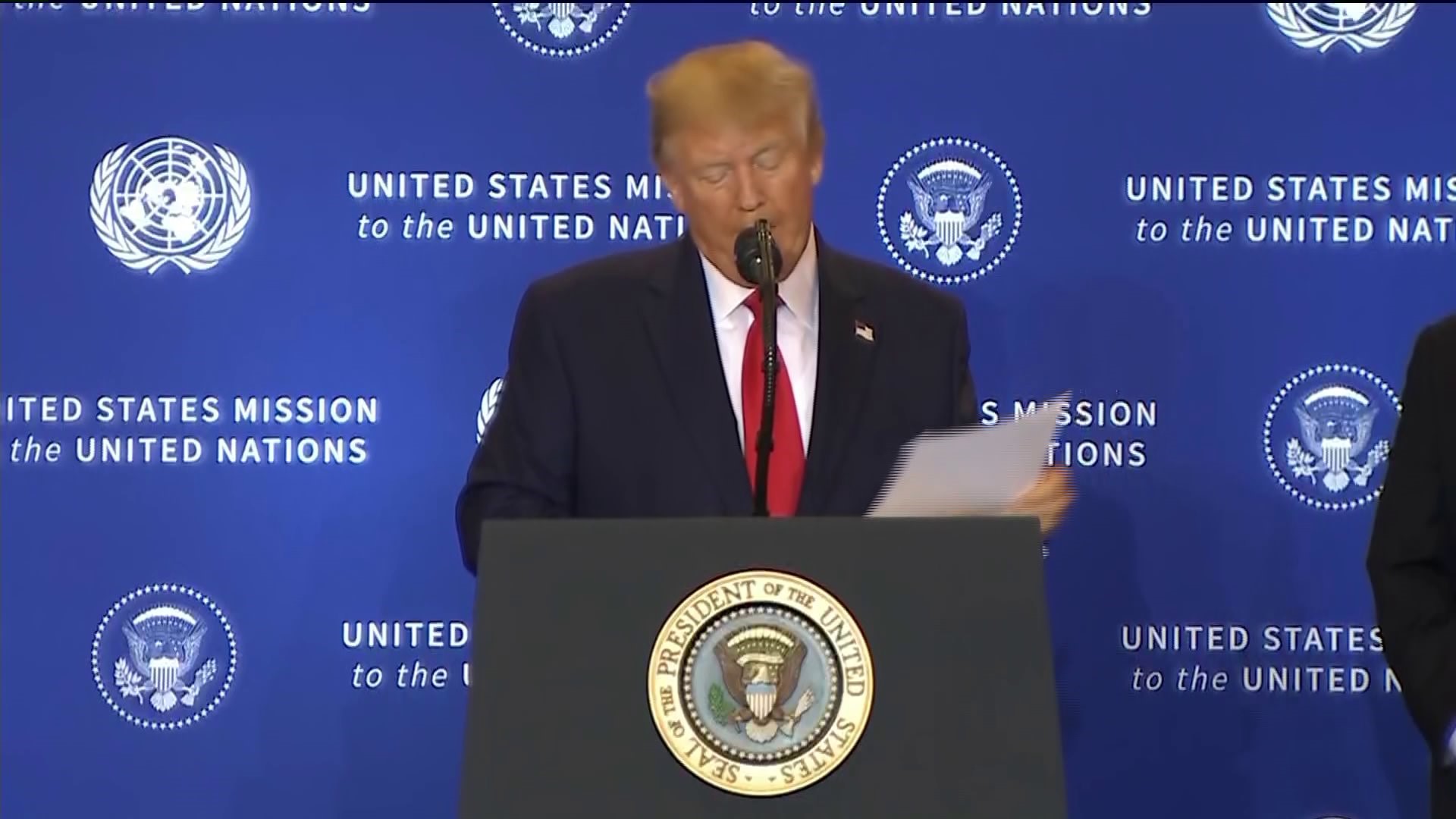 In part of President Trump's speech, he called out Senator Chris Murphy.

"I stand by my belief that the President of the United States should never be allowed to use the Oval Office for personal gain, especially when it includes leveraging away the international credibility of the United States. In the meeting Republican Senator Ron Johnson and I had with President Zelensky three weeks ago, I made it clear to him that Ukraine should not become involved in the 2020 election and that his government should communicate with the State Department, not the president's campaign. I still believe this to be true.

"I also spoke last night to a top official at the White House who asked me to stay at the table on background checks negotiations. I agreed, and I remain willing to work with the White House on getting a deal done to save American lives," said Murphy.