HARTFORD — The Connecticut Supreme Court announced Friday that it was reinstating the conviction against Michael Skakel that was overturned in 2013. The c... 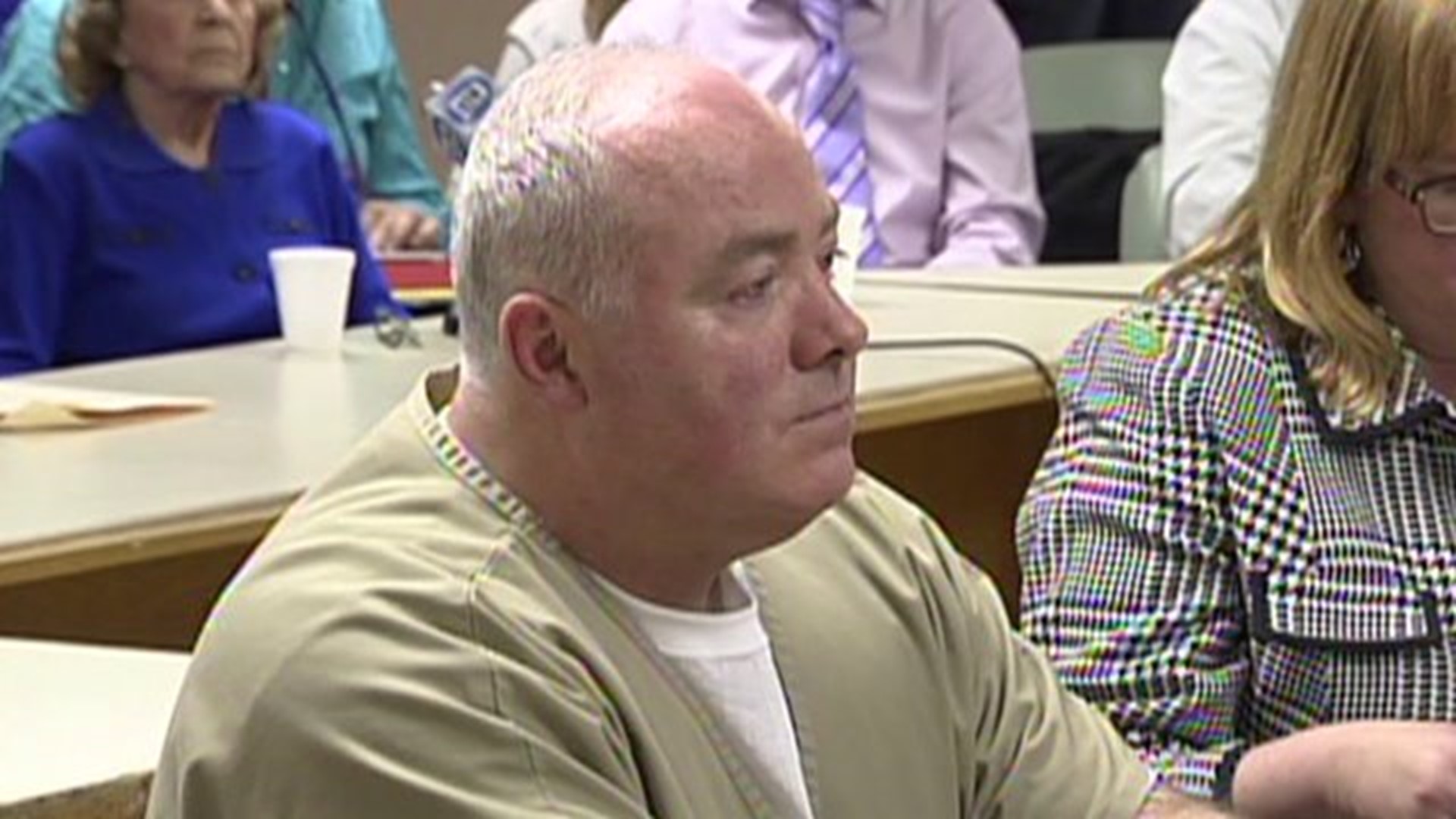 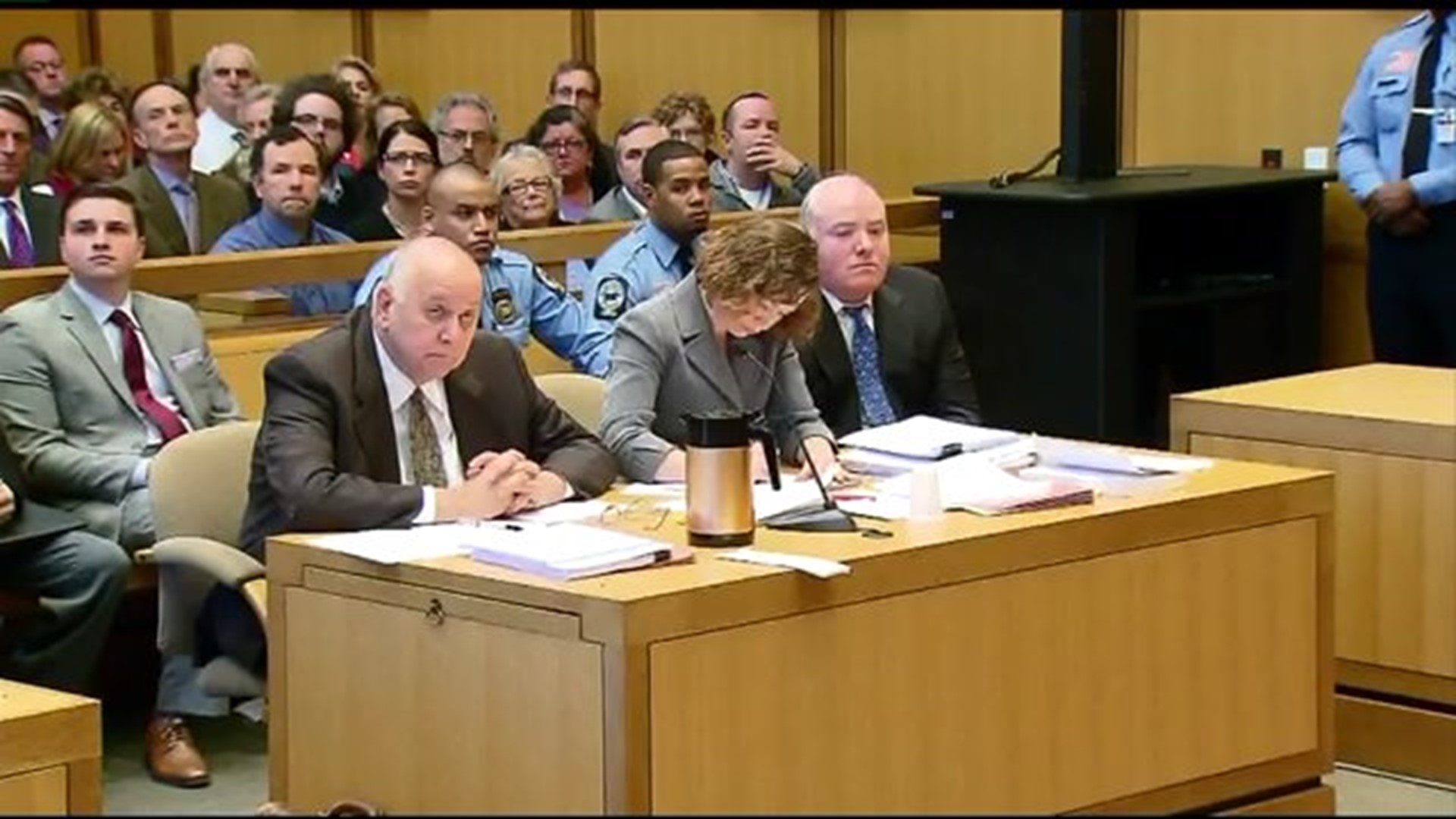 HARTFORD -- The Connecticut Supreme Court announced Friday that it was reinstating the conviction against Michael Skakel that was overturned in 2013.

He was convicted in 2002, and he was granted a retrial in 2013 by a state Superior Court due to "inadequate representation." In February 2016, the state Supreme Court heard an appeal from the state prosecutors, who thought Skakel received appropriate representation to meet his constitutional rights.

The court agreed, in a 4-3 ruling, with the state, and now the initial conviction will stand.

"Because we conclude that the petitioner’s trial counsel rendered constitutionally adequate representation, we reverse the judgment of the habeas court and remand the case to that court with direction to render judgment denying the petition," the Supreme Court wrote in the decision released on Friday.

Skakel's case garnered nationwide media attention due to his connection to the Kennedy family. The late Robert F. Kennedy's wife, Ethel, is Skakel's aunt. Robert Kennedy Jr. has previously said he thinks his cousin is innocent, and that two other men committed the crime.

The appeals process began in 2013 when Hubert Santos, Skakel's attorney for the appeal to the state Supreme Court, claimed Skakel's original trial attorney, Mickey Sherman, didn't do enough to pursue the possibility of a different suspect, which he claims is why Skakel was convicted. That led to Skakel being ranted a retrial. The state appealed the granting of a retrial, and the state won, meaning the original conviction will stand.

Skakel was initially sentenced to 20 years to life in prison.

During the state's appeal case, which was heard by the state Supreme Court in February, Santos claimed that evidence in the murder pointed to Skakel's brother, Thomas, but that Skakel's attorney, Sherman, did not pursue that possibility. He claimed Sherman was distracted by the case's media attention.

"He got lost in the celebrity of the case," said Santos, pointing out areas that he felt Sherman failed Skakel.

"[Sherman] does not mention once the concept of reasonable doubt. Not mention it once," said Santos, a legal point that intrigued the justices.

Thomas Skakel's attorney has previously said that his client had nothing to do with Moxley's killing.

The Supreme Court's decision explained why not pursuing Thomas Skakel as a suspect was a reasonable defense strategy, saying we "conclude that Sherman’s decision not to pursue a defense implicating Thomas Skakel was a reasonable strategic decision made after adequate investigation...Sherman (did not have) access to admissible evidence to support a defense implicating Thomas Skakel. Moreover, even if Sherman had such evidence, he reasonably chose not to pursue this defense because doing so might have harmed (Skakel's) defense by supporting aspects of the state’s case."

During the initial trial, Sherman decided to focus on a third possible suspect, the Skakel family live-in tutor Kenneth Littleton. He said he did not want to use a "buffet table of alleged suspects," and picked Littleton because he felt there was more evidence against him than against Thomas Skakel. He hoped Littleton's possible involvement would create reasonable doubt for the jury, though ultimately that strategy didn't pan out.

Though it didn't work, the Supreme Court ruled that Sherman's tactic was an "exercise of reasonable professional judgment," and therefore showed adequate representation.

"As long as there is some reasonable basis for counsel’s decision, we may not second-guess counsel’s choice after that defense has proven a failure, and we must defer to counsel’s exercise of professional judgment," the decision reads.

During the appeals process, prosecutors continued to stand by their position that Micahel Skakel killed Moxley and that his trial attorney did a competent job.

"Attorney Sherman's lawyering is what's at issue here, not his public persona or what he may have done on his off time, and I think if you concentrate on his lawyering and the decisions he made as a lawyer, they certainly meet the constitutional minimum," said Susan Gill, assistant state's attorney, in February. "This was a well -planned, well-thought out, professional defense."

"[Sherman] hired three sets of investigators... he consulted with numerous experts...he also was able to secure several important pre-trial victories for his client," Gill told the court in February.

The victim's family has hoped that the initial conviction would stand.

"I would like Michael Skakel to go back to jail and serve the rest of his sentence. At the end, if he's put in 20 years or whatever they require, then he's free to go. It would've been much easier for all of us he had done that," said Dorothy Moxley, the victim's mother, in February.

Skakel can now appeal this decision to a federal court.

You can read the full decision here, as well as a dissent here and a third opinion, that is partially a concurrence and partially a dissent to the majority opinion, here.