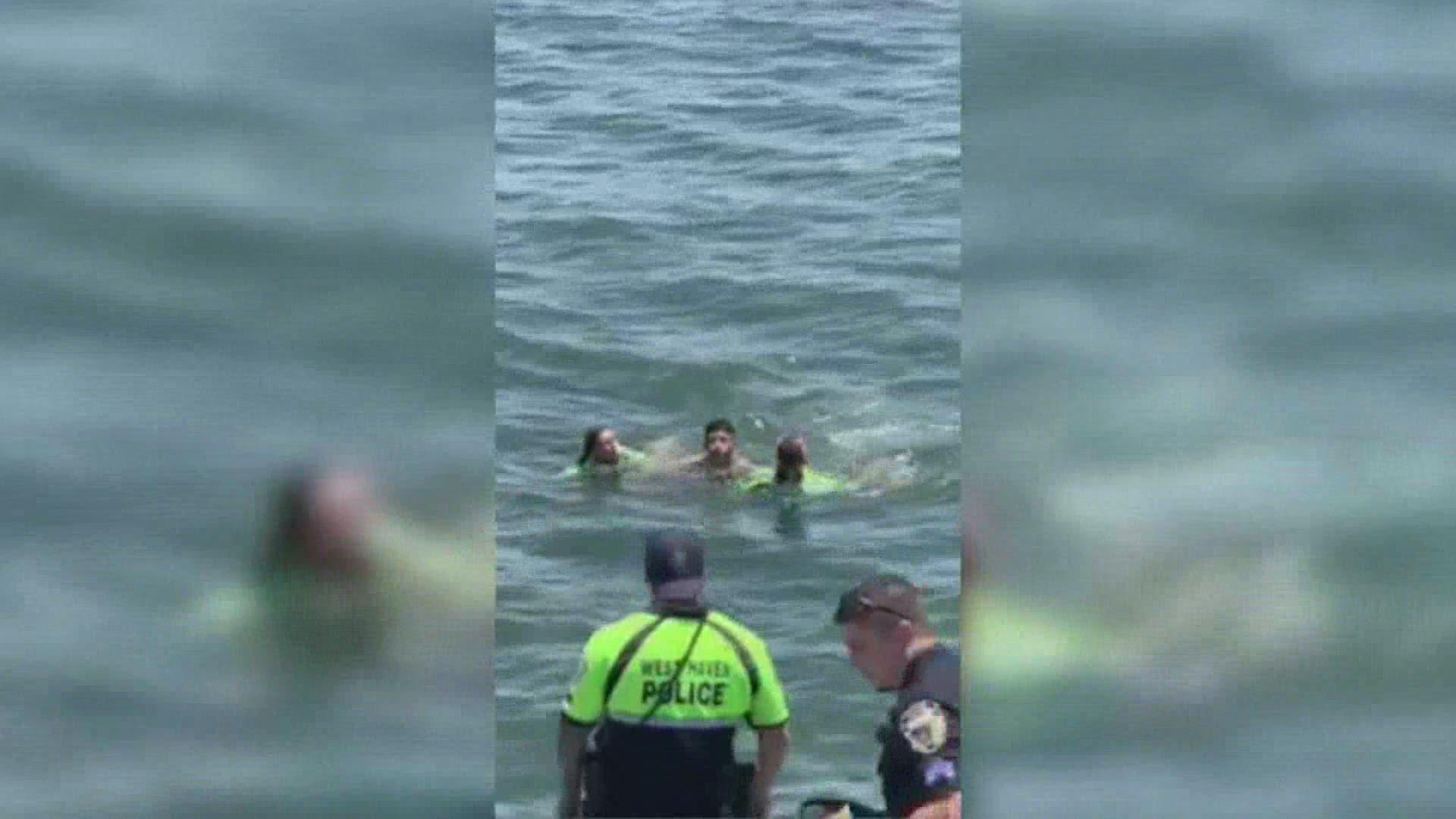 Callers to 911 around 1 pm reported a swimmer in distress off of Bradley Point shore area.

Callers reported a person in the water struggling to stay afloat.

Police said, "All shore patrol units and area beat cars were dispatched to the area. Several units arrived at the same time and upon observing and assessing the situation it was determined the subject in the water was in immediate danger of going under if he was not given assistance."

"Given the life threatening situation at hand, one of our Officers made the critical decision to remove his gear and then entered the water from the rocks to make his way toward the distressed male party. He swam out for a considerable distance, approximately 100 yards, before making it to the male who was clearly struggling to stay afloat by the rock jetty. The first Officer then began to drag the male back towards the shoreline while swimming against the current."

A second officer entered the water and joined up with the two to assist with the rescue.

Upon making it to shore the man was pulled up the rocks and assisted up the uneven shoreline by police waiting on scene.

Fire department units and ambulances arrived and treated the man on scene.

No injuries were reported to have occurred to any of the Officers who assisted in this rescue.

“The Officers involved were adamant about not putting their names out....they simply do want to be singled out. They functioned as a team and believe any one of them would have gone in given the circumstances. We have chosen to respect their request," said Sergeant Charles Young.