In 2020, the display features panels centered around the history of Connecticut slavery and the BLM movement. On the other side, COVID-19. 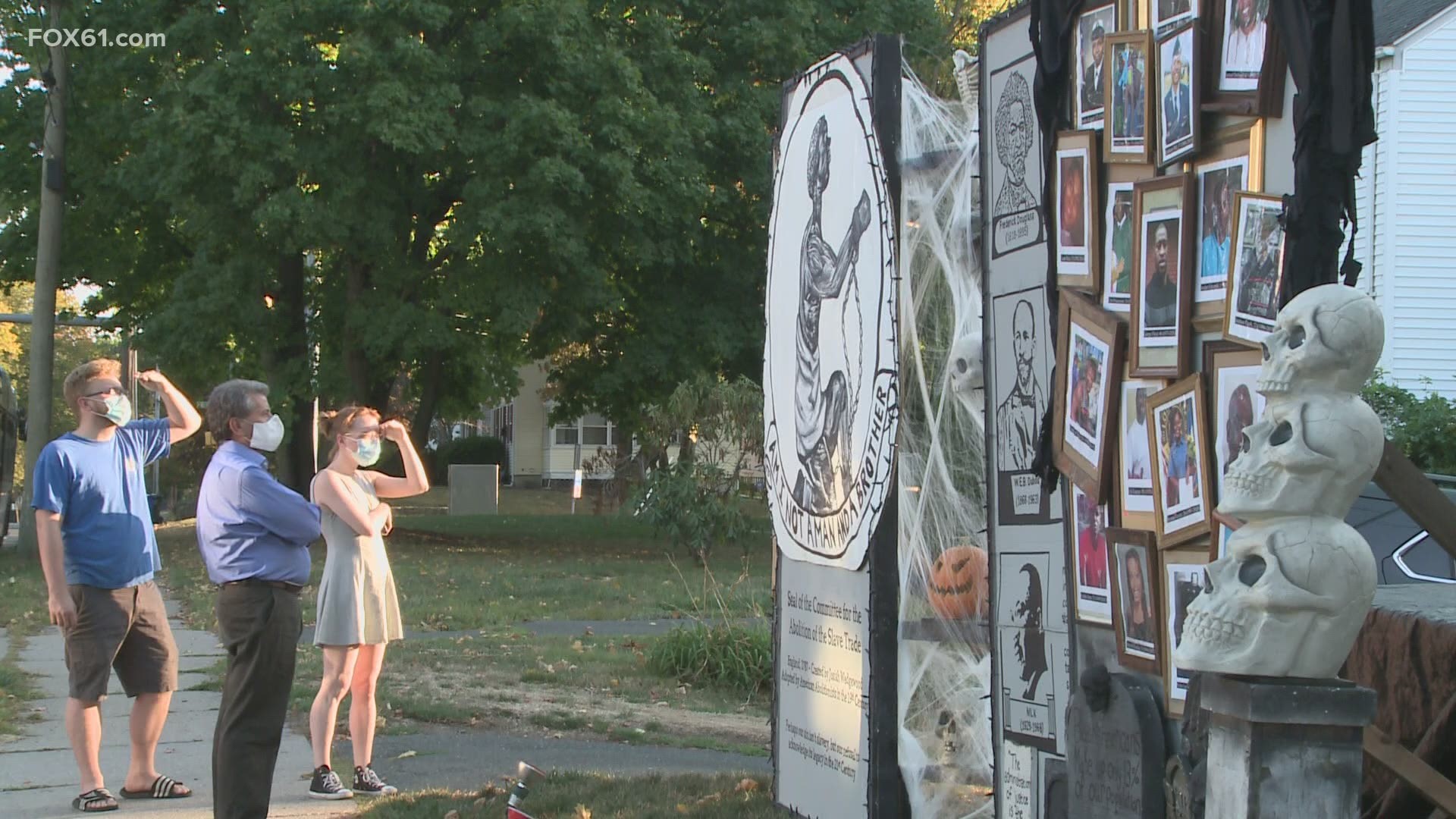 For 22 years, Matt Warshauer has designed elaborate Halloween displays for his front yard. Since 2003 during the Iraq war, the displays evolved into more political displays and it’s been that way ever since.

In 2020, the display features panels centered around the history of Connecticut slavery and the BLM movement. On the other side, COVID-19.

Photos from those who have lost their lives also at the forefront of the display. Even though it’s an election year, Warshauer said he decided not to center this year's display.

“The question for me is how political do I want to get. Normally in an election year, I would be hitting hard with the concept of voting and I would be really taking a major side in the political contest but if Americans don’t know this year that this is arguably one of the most important elections I would argue since 1860 with Abraham Lincoln then nothing I’m going to put up is going convince them of that fact,” said Warshauer. “So I chose instead of hitting that, there’s a lot of anger there’s a lot of frustration and I didn’t want to tap into that, I wanted to tap into leading issues of 2020 and those are Black Lives Matter and COVID”

With a majority of the feedback positive, Warshauer explained “it’s about the first amendment and freedom of speech and academic freedom and it’s about trying to get people to think past their preconceived notions or what they’re comfortable with. You know I never try to be hateful but I do try to be provocative and to push people to have a conversation”

Ben Reilly of West Hartford was driving in his car when he saw the display, coming back later for a closer look.

“It’s really important bringing people together and helping people continue a discussion that needs to be continued” described Reilly.

If you would like to see it for yourself, it will be on North Main St in West Hartford until the end of the month.