The area had seen heavy rain throughout the morning due to Tropical Storm Elsa. 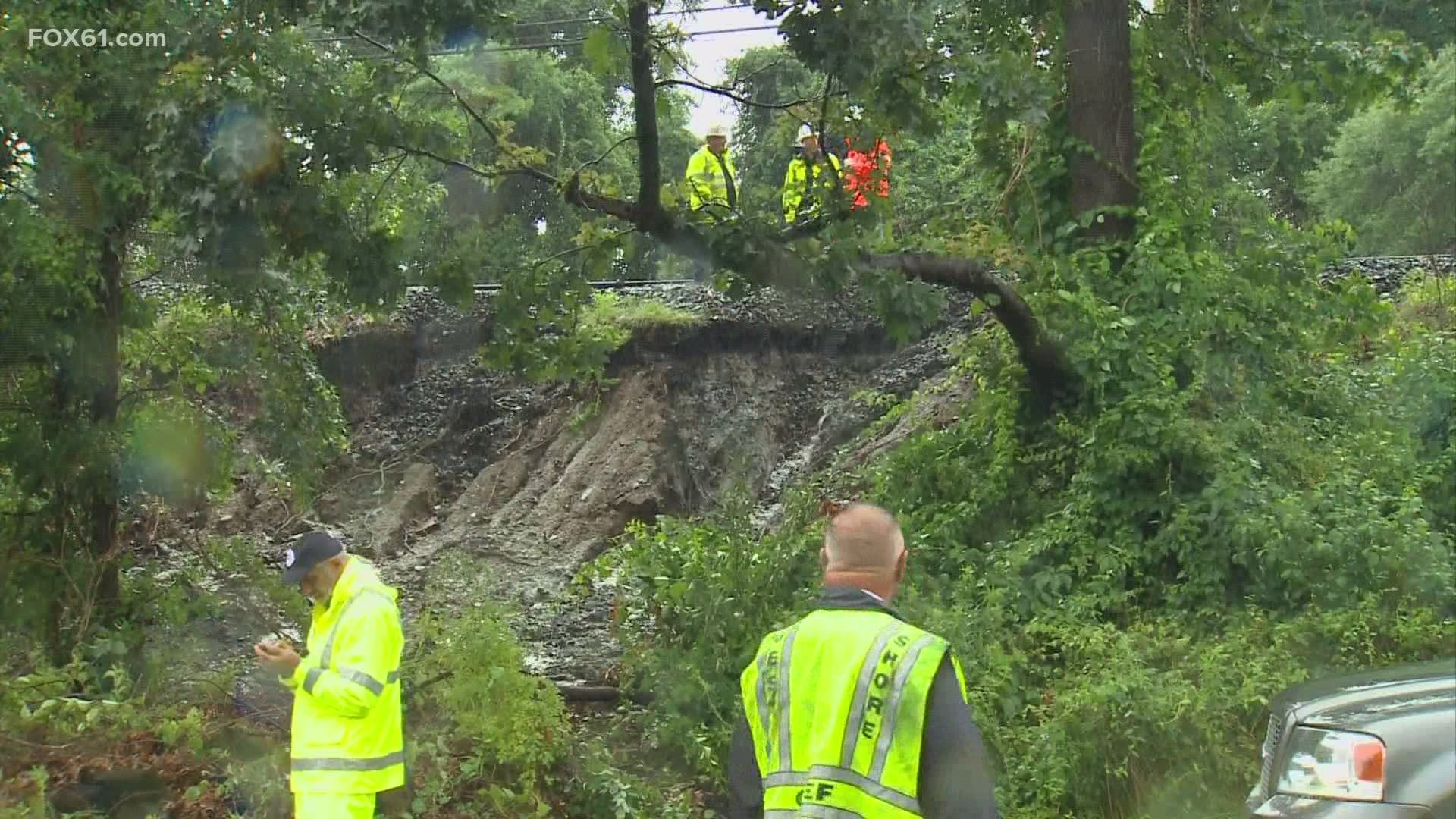 WEST HAVEN, Conn. — WEST HAVEN - During the 9 o'clock hour this morning, West Haven Public Works was called about a tree being down along the railroad tracks. Instead, they found a landslide

And, as Metro North and Amtrak trains continued to travel by, they appeared perilously close to the eroding hillside.

"The distance back to the first the northbound set of tracks is approximately 15 feet even though it appears to be much closer," McCarthy said. "So, a lot of the erosion does not affect the tracks."

Within an hour of arriving on scene, Metro-North deemed the northbound track safe to reopen.

"I’m not an alarmist but I do know that climate change is not an abstraction," said Gov. Ned Lamont. "Climate change you’re seeing it real. By the way, the hurricane season hasn’t even begun yet."

"We cannot afford to delay any longer because what’s happening here in West Haven is happening potentially up and down the line," said U.S. Senator Richard Blumenthal (D-Connecticut)

Blumenthal arrived at the Callegari Dr. landslide and immediately got on the phone.

"Senator Blumenthal was actually instrumental in helping to get the northbound trains shut down," said McCarthy. "They then slowed down all the other trains."

Officials believe flooding on the other side of these tracks might have forced water through the hillside.

"All through our transportation system there are accidents waiting to happen," said Blumenthal.

Blumenthal supported the Governor's $8-$10 billion plan for infrastructure improvements, including track straightening, to prepare for high-speed rail to come through Connecticut.

Head here for more details on other road closures due to flooding.

RELATED: Amid intense scrutiny, Eversource says they are ready for Elsa