Dennis Allen Paige, just three weeks shy of his 22nd birthday, was shot dead during a street robbery 100 feet from his house on Whiting Street. 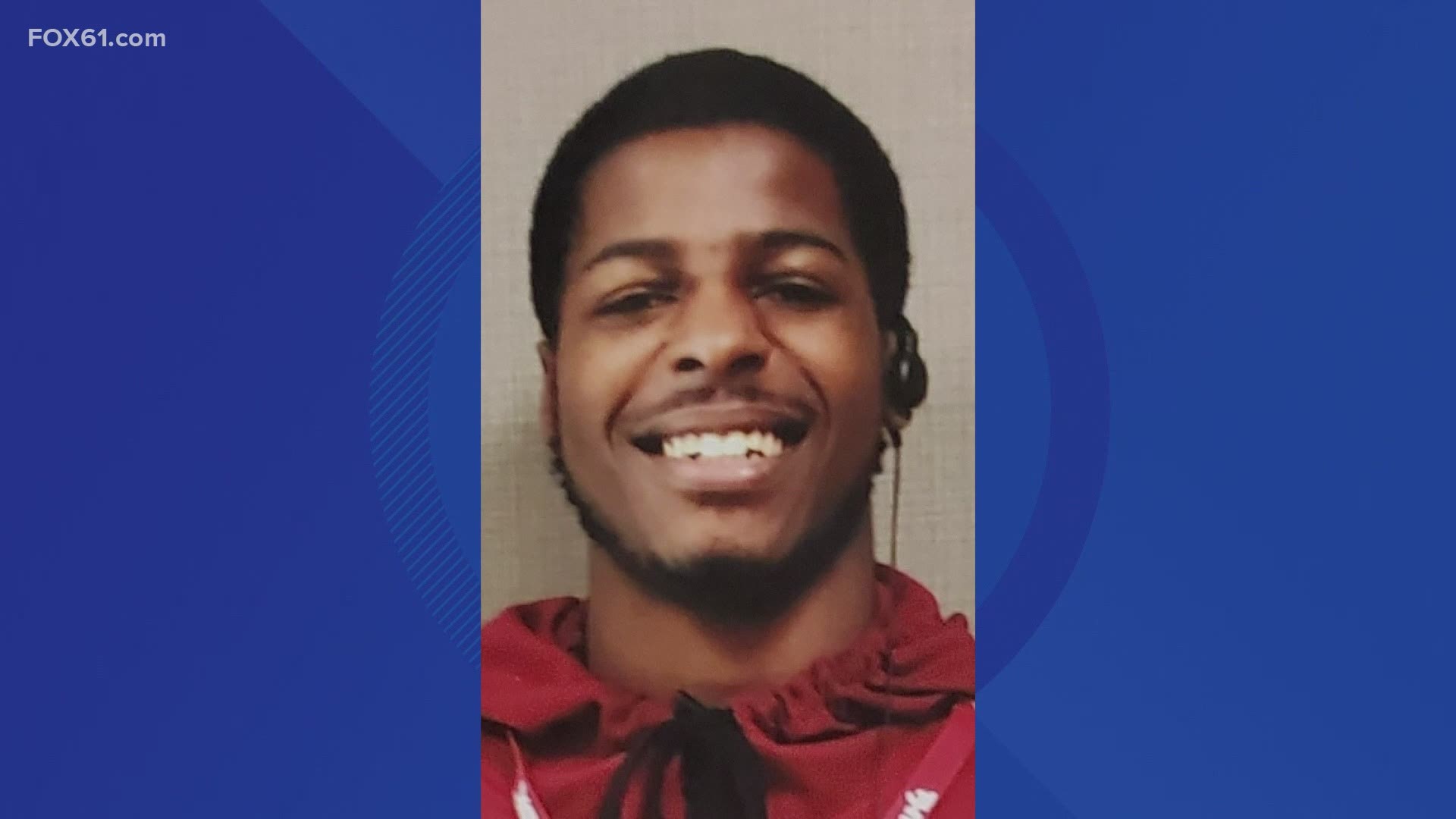 HAMDEN, Conn. — The State's Attorney's Office is hoping that by authorizing a $50,000 reward, for information leading to an arrest in connection with the December 2019 murder of 21-year-old Dennis Allen Paige, who police say was followed by a car as he walked home.

"You’re gonna have to excuse me," said Betty Paige, the victim's mother, as she stepped behind the podium at Hamden Police Department. "This is just painful like it’s reopening a wound all over again."

Dennis Allen Paige, just three weeks shy of his 22nd birthday, was shot dead during a street robbery 100 feet from his house on Whiting Street in Hamden just after midnight, December 8, 2019.

"Dennis was one of nine children," said Betty Paige. "He was the baby of all of them."

She says Dennis was a young man that any parent would be proud of. He never got in trouble. And she finally wants justice.

"We need to put a stop to it," she said angrily. "Let’s help the police out. If you know something talk up. Don’t be afraid. It could’ve been your kid!"

"I’m begging that if you have any type of information, even the smallest thing, please contact the Hamden Police Department," said JoAnna McDaniel, the victim’s sister.

Police hope the $50,000 reward will finally yield information that leads to an arrest and conviction.

"This media (television cameras) does go to the prisons in Connecticut and we’re hopeful that even inmates in the prison will be paying attention to this, take note of the $50,000 reward and come forward with information," said Detective Mark Sheppard.

Police say on that night Dennis Allen Paige had finished work at TJ Maxx, a job he loved very much. Then, he went to grab a bite to eat and was walking to his Whiting Street home when a red four-door sedan, which police are still searching for, started following him.

"It parked ahead of Dennis before he turned on the street to his home almost as if they knew that he had lived on that street," said Sheppard.

Some sort of an altercation occurred and, as the young man was running away, he was shot. His wallet was found a couple of miles away in New Haven.

"Every time I turn on the news, somebody done got shot," said Betty Paige. "It’s time to stop... Now is the time. Y’all pray for me."