The first shooting happened about 6 p.m. Saturday on Wethersfield Avenue. The second, on Capen Street, is now a homicide investigation. 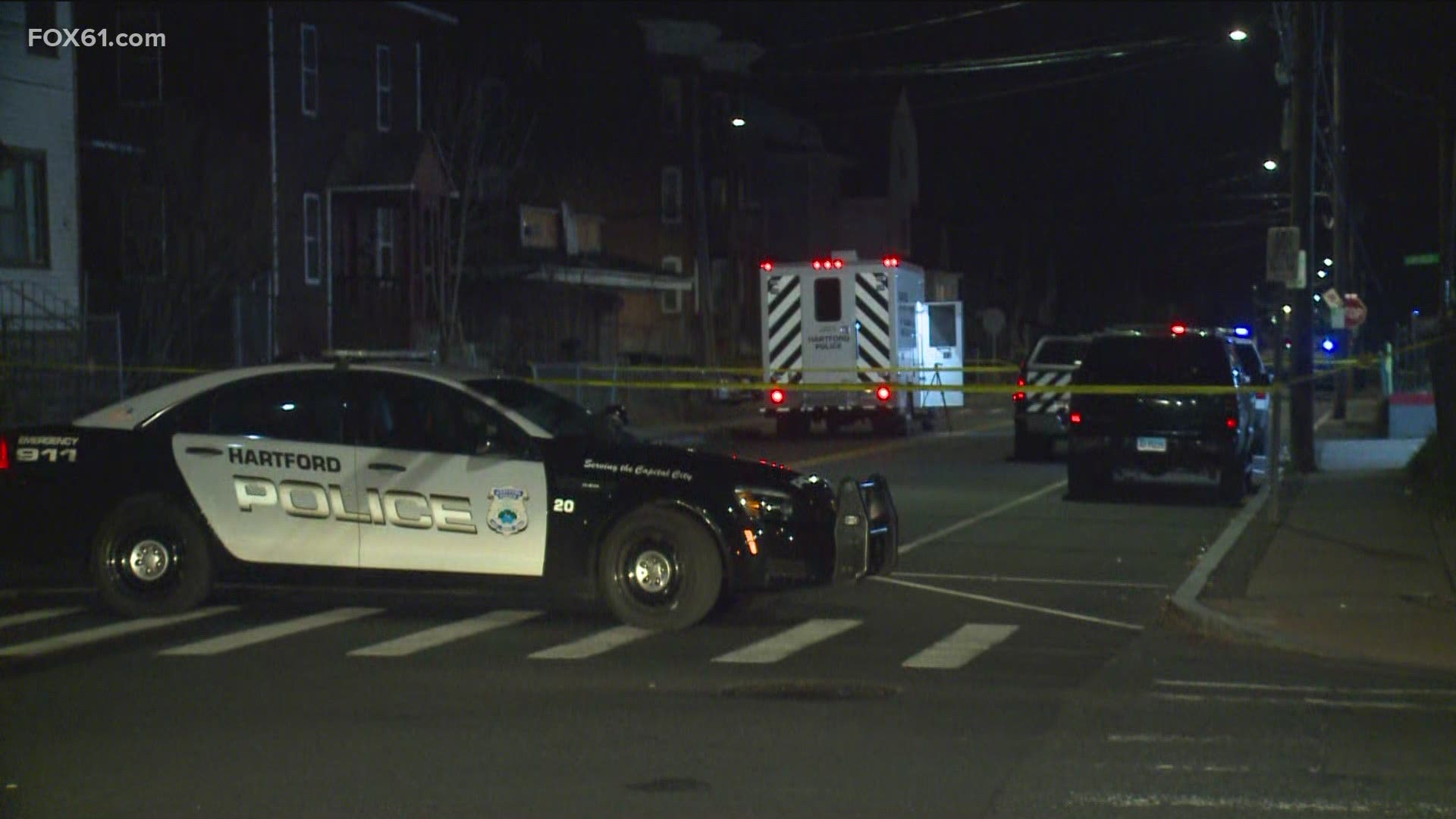 HARTFORD, Conn. — One person is in critical condition Saturday night after being shot in the South End of Hartford, and another is dead after a shooting on Enfield Street in the North End.

Police were called to Enfield Street near Capen Street about 7:30 p.m. for a Shot Spotter activation. They found a 20-year-old man with multiple gunshot wounds. The victim, identified as Alton Veal of nearby Garden Street, was transported to Saint Francis Hospital, where he was pronounced deceased.

Earlier in the evening, at 6:03 p.m., Hartford Police responded to the area of 366 Wethersfield Avenue on a 911 call of a person shot. Upon arrival, officers located a male victim in a vehicle, suffering from multiple gunshot wounds. The victim was transported to an area hospital for treatment. He is currently listed in critical condition.

It is unknown at this time what led to the shooting. The Hartford Police Major Crimes and Crime Scene Divisions responded and assumed the investigation.

The investigation remains active and ongoing. Anyone with any information regarding the case is asked to call the HPD Tip Line at 860-722-TIPS (8477).