The victim of the assault claims the guests came to the front desk to speak to the hotel's manager, "and he saw me and he ran down (the hall) and they assaulted me." 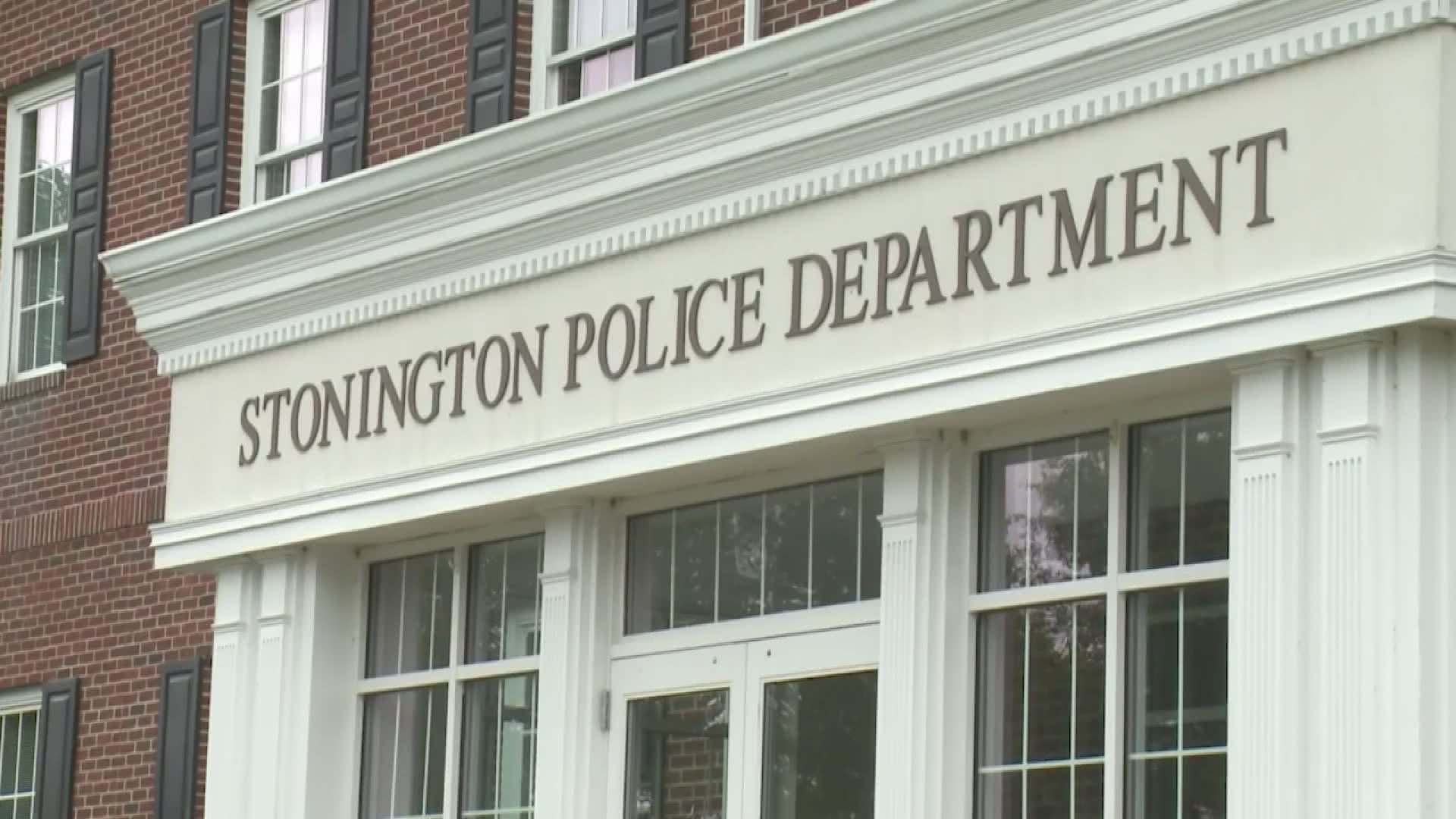 Stonington Police provided an update Friday on their active investigation into the assault of a employee at the Quality Inn in Mystic.

Multiple law enforcement agencies are working to locate and apprehend the two suspects from New York.

According to a release, Stonington PD were able to locate past incident information that led the Office of the State’s Attorney, to issue new warrants for the pair.

After almost a week, police have obtained arrest warrants for the man and woman accused in an assault at a hotel in Stonington on June 26.

Authorities in New York are checking addresses and associates of the pair. Anyone with information on their whereabouts is asked to call their local police or Stonington Police.

Police said Monday that they were working with NY to serve the extraditable warrant.

Police say they arrived at 11:30 am at the Quality Inn on Whitehall Avenue in Mystic after receiving two 911 calls saying there was a physical disturbance. While officers responded a second more violent fight happened.

The victim of the attack was Crystal Caldwell, 59, an employee at the Quality Inn. FOX61 spoke with Caldwell multiple times of the attack, which Caldwell said was racially motivated.

Police went outside to speak to the two guests involved in the fight. All three people involved in the incident ask for medical attention and were taken to the local hospital, L+M Hospital. The EMS left around noon. Police remained on the scene and continued to interview witnesses.

Police said employees at the hotel were having difficulty accessing the video of the fight and officers could only view portions. However, from witnesses' accounts, police were able to determine probable cause and charge both guests in the fight.

FOX61 obtain surveillance camera footage of part of the incident: 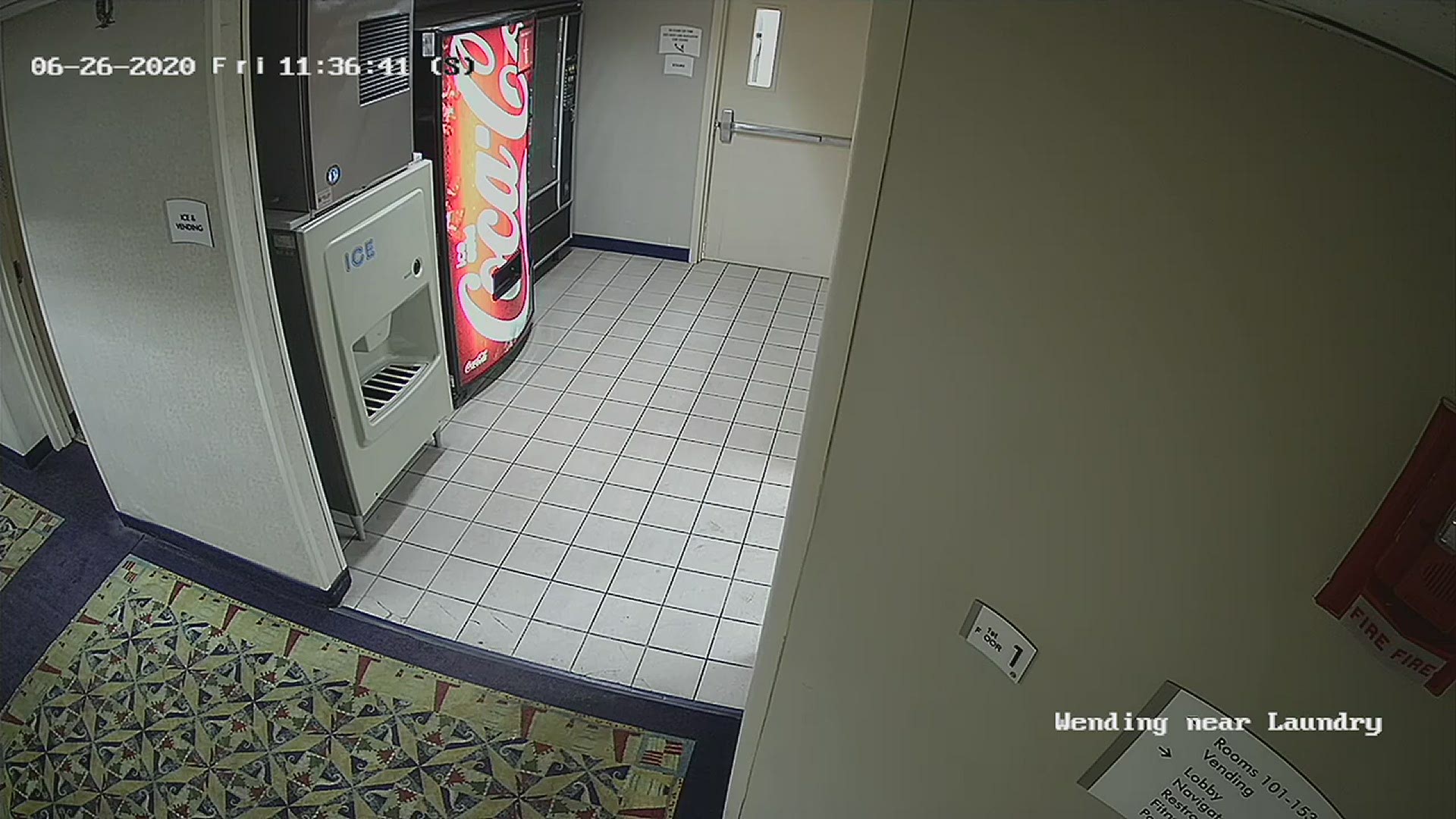 One employee asked the officers what to do with the guests' belongings that were still inside their room. Police asked the staff to limit entry into the room and to call them if the guests came back.

The two guests were taken to the ER and police said they were told due to COVID-19 restrictions, they could not come into the area. Officers were able to get in contact with one of the guests by phone and told him to call them when he was out so he could be escorted back to the hotel to get his belongings. The guests were not welcomed back at the hotel.

Police received a phone call from the suspect around 3 pm on that same Friday, saying he was being threatened and harassed by Caldwell's family on Facebook. Police went back to the Quality Inn with the intention of arresting both suspects when they returned but found the suspects' car to be gone.

On Monday, June 29, police received the entire video of the fight. The video showed the two suspects being dropped off by a Lyft driver at the hotel, rush to their car and drive away. The video also showed the woman suspect putting a large bag in their car minutes before the second assault took place. Police realized the suspects had not left anything in their room.

Police say they are working with partners in New York and the FBI's Civil Rights Division in an effort to arrest the suspects. The suspects' names or addresses have not been released to the public.

In a press release describing the investigation, a section clarifying any claims surrounding the incident was also released:

Claims of the suspect saying “Black lives matter, your life doesn’t, you don’t deserve to live on this earth.”

During a comprehensive investigation, police have yet to identify anyone who heard or saw this statement.

Claim that the suspect came over the desk at the victim.

Neither of the two altercations occurred over, behind or in front of any desk. The first altercation came as two employees were speaking with the suspects. The victim left the lobby area, and walked up a hallway where a verbal altercation between the victim and suspect ensued. The victim then walked away and was chased down and assaulted.

Insinuation that the victim was ordered into a room by police, while police reviewed surveillance; and a claim that the police were on scene while she was attacked the second time.

Claim that the suspects were “allowed” to come back to the hotel to grab their belongings and leave.

Claim in a June 30 article that police had not yet interviewed eyewitnesses including 2 employees.

Officers can be seen on video until around 12:20 p.m. interviewing the 2 employees that witnessed the attack. Their accounts were provided in an initial report by on scene officers.

Claim that the first effort to investigate was Tuesday morning

On scene investigation was completed and witness accounts obtained. Over the weekend, police completed initial reports for a warrant, continued efforts to obtain video, and made arrangements for a statement from the victim.