For those that already have outdoor dining like V's Trattoria, they do not have to apply for the permit but they still have to make some changes. 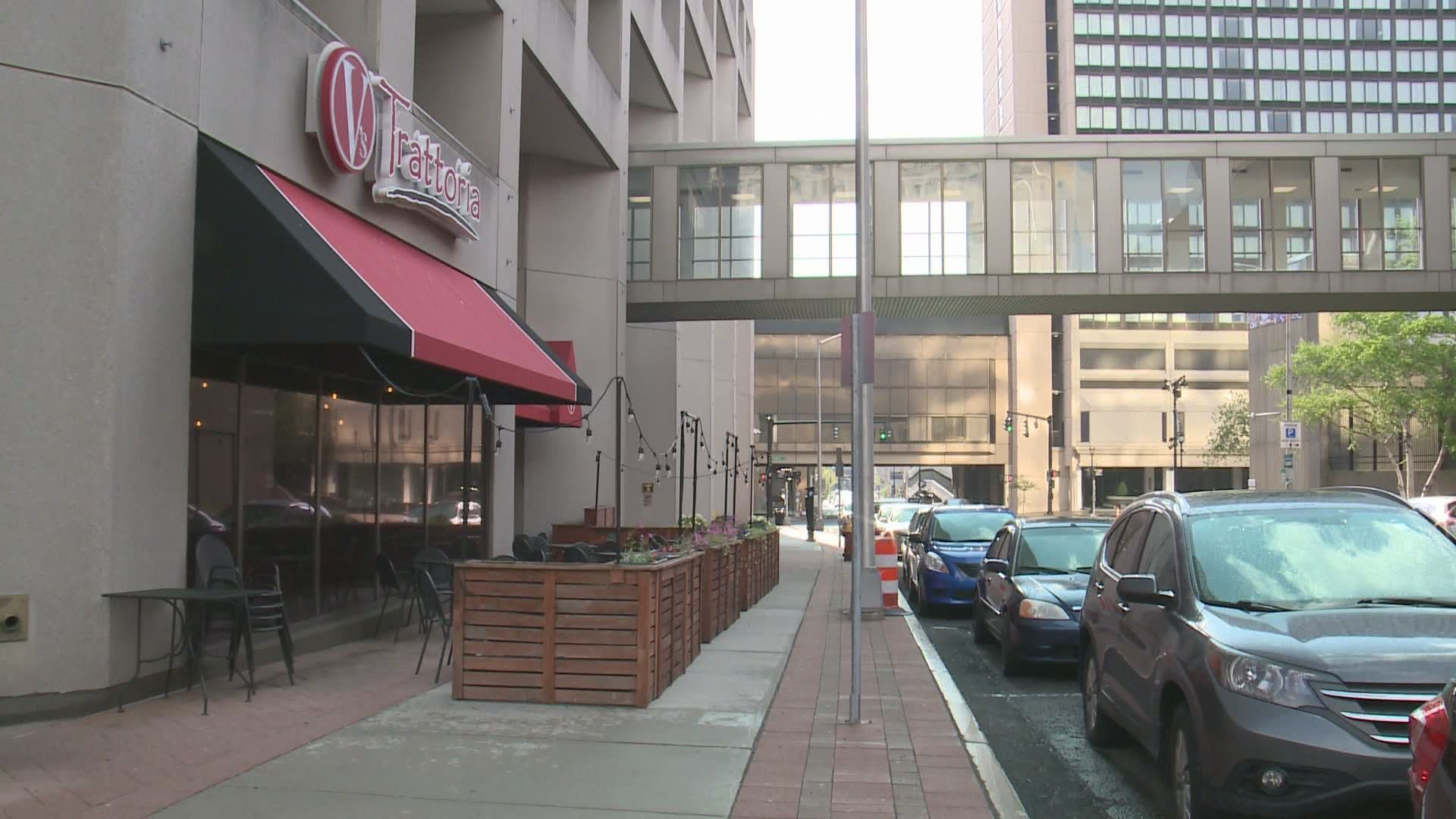 Hartford Mayor Luke Bronin announced Friday restaurants that did not already have outdoor seating can now apply to move their operations outside.

The application is also open to retail stores.

For those that already have outdoor dining like V's Trattoria, they do not have to apply for the permit but they still have to make some changes.

For the first time in almost two months, Robert Mafucci, the owner of V's Trattoria said he got his first reservation notification on his phone which means it is almost time to be back in the swing of things.

"We pushed out the perimeter a little bit so we’d have more room and so we could capture enough seating and still maintain social distancing," said Mafucci.

Those that dine outside will notice precautionary measures being taken by the staff.

"Everyone’s wearing masks, gloves, or sanitizing, we have sanitizing bottles for the tables now," added Mafucci.

Mayor Bronin said when the city receives the application from a business, they will see if they meet the criteria.

Bronin added the application process should be fairly easy, but it could get complicated if a business wants to use a public lot or have a street shut down.

Businesses are allowed to have overhead coverings, but tents with sides will not be allowed.

Another on the list to reopen is Trumbull Kitchen. General Manager David Mascolo said he got lucky because the landlord next door let him stretch out his dining tables to maintain the six feet.

Just down the street is a different story. Salute Restaurant does have an outdoor patio but will not be opening on the 20th.

In fact, they have kept their doors closed this whole time.

Instead, the restaurant is aiming to open for phase two on June 20th.

If you are a business who wants to fill out the application, click here.