Phase 3 was initially on track to begin in July, but 'erring on the side of caution', Governor Ned Lamont paused it. 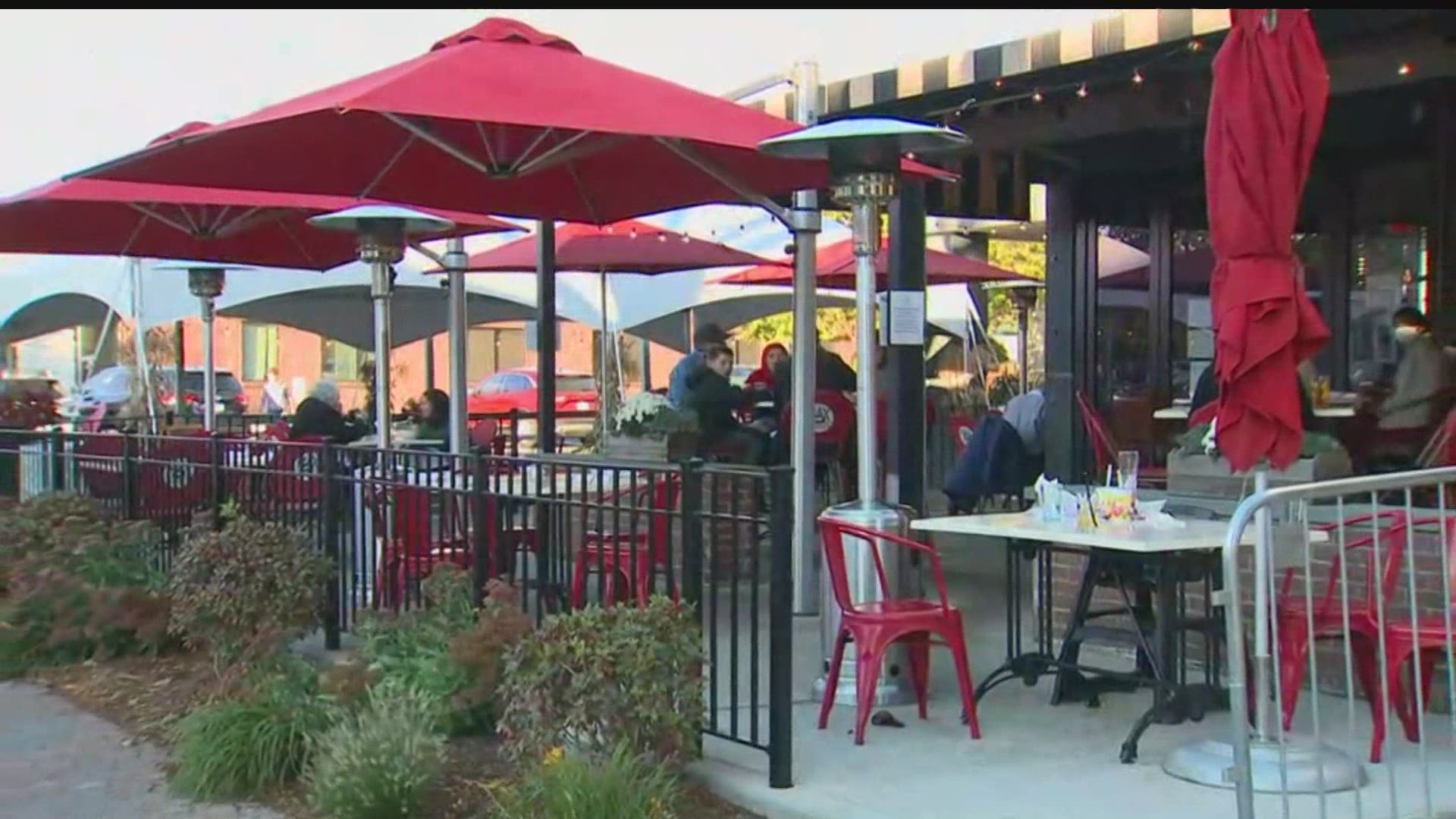 The briefing comes as Connecticut transitioned into Phase 3 of reopening, which ushers in some new guidance for businesses and residents.

RELATED: Phase 3 reopening: What you need to know

Phase 3 was initially on track to begin in July, but "erring on the side of caution", Governor Ned Lamont paused it.

Lamont added the reasoning behind starting the new phase due to the colder weather and people moving indoors. He also cited Connecticut's low positivity rate.

Gov. Lamont was joined by DPH Commissioner Deidre S. Gifford, MD MPH who discussed the COVID-19 alert issued Thursday for New London due to a rising level of new cases in recent weeks.

New London is reporting 115 new positive cases between September 20 and October 3. The city is also seeing a daily case rate rise to 30.5 per 100,000 population. State officials say this is one of the highest in the state.

According to one of the Governor's charts, Norwich, New London, Preston, and Windham are recommended to stay in Phase 2. Gifford said the spread of the virus seems to be localized in these parts of the state and not universally.

Dr. Gifford recommended getting tested for COVID-19 if you lived in the aforementioned towns.

While Connecticut has recently been seeing an uptick in cases and in hospitalizations, Gov. Lamont is still confident moving forward with the reopening plans.

“The reason why we are able to have a discussion about even entering into Phase 3 is because of Connecticut residents’ collective actions to fight the spread of COVID-19,” Governor Lamont said. “By taking the sector rules seriously, wearing masks, physically distancing, and washing your hands regularly, I believe that we can continue to keep these rates low while also easing some of the restrictions that were enacted earlier this year. I applaud the residents of our state for what they’ve been doing, and urge them to keep it up.”

According to the state's information, 27,203 tests were administered Wednesday and 384 came back positive. These results yield a positivity rate of about 1.4 percent.

Lamont also discussed Connecticut's Vaccine Committee, led by Dr. Gifford and Dr. Reggie Eadie. The committee is composed of 58 people with varying professional backgrounds. Lamont added more information on the committee will be released at a later time.

➡️27,203 tests were administered and 384 came back positive (1.4% positivity rate)
➡️128 patients are hospitalized (decrease of 10)
➡️There have been 5 COVID-related deaths

So what's changing with the next step of Connecticut's reopening?

Click here to see the details of the business changes included in Phase 3.