Gov. Lamont: "We are going to pause phase 3"

Lamont said he will not move forward with Phase 3 of the state's reopen anytime soon. This includes bars, nightclubs and social clubs. 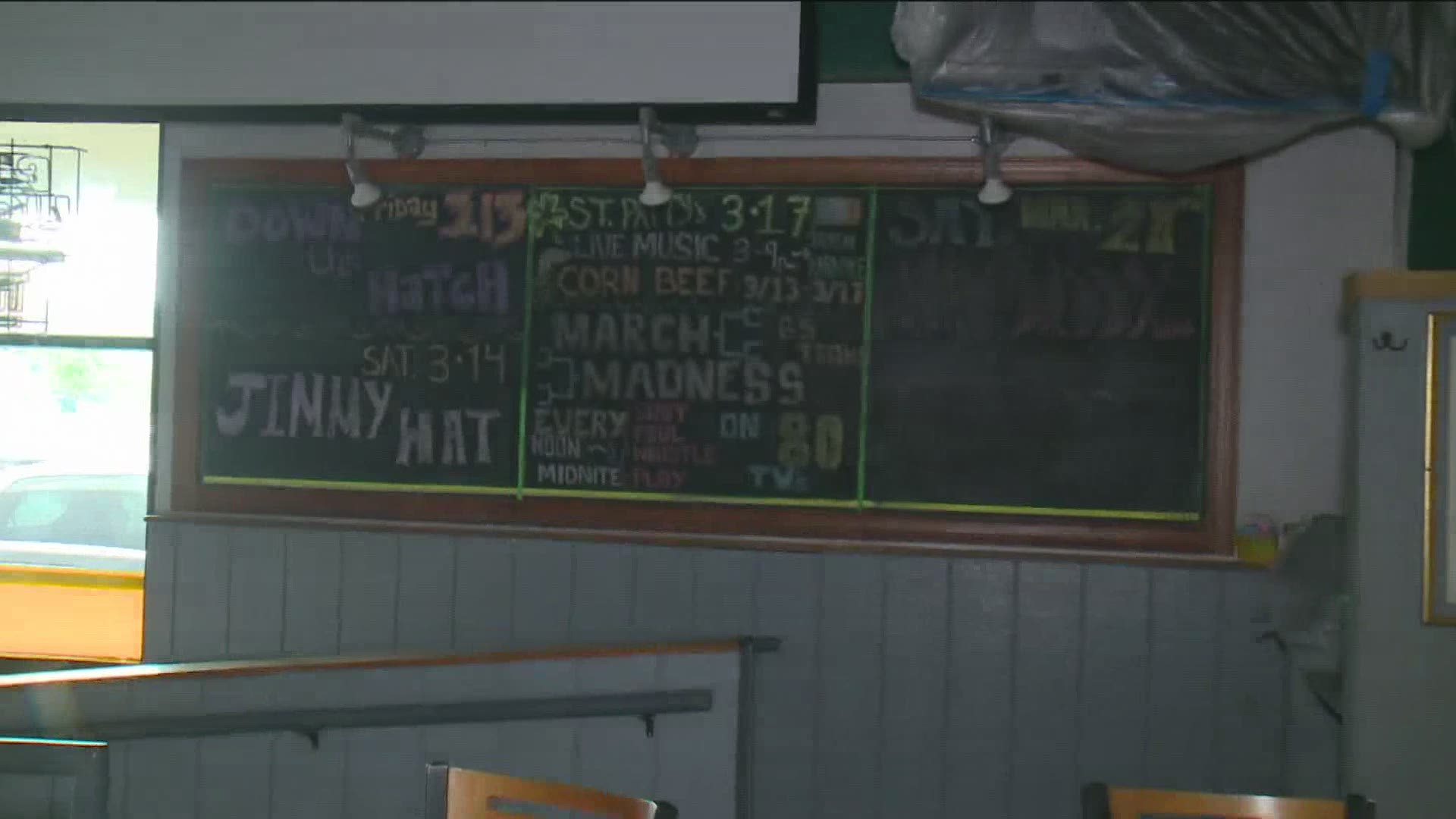 HARTFORD, Conn — Governor Lamont discussed the next phase in the Reopening Connecticut plan during his briefing Monday and said Phase 3 is being paused and that he is “erring on the side of caution” after looking at other states' numbers that are on the rise.

Gov. Ned Lamont said Thursday that the 4th of July weekend is important for Connecticut in terms of looking ahead to Phase 3 reopening.

He announced that a decision on reopening bars will be made around July 6 or 7, but he is looking to keep them closed for now after reports of surges in other states. He said they will give establishments two weeks notice as to when they can open.

"I'm just looking around the rest of the country. I see Texas, I see Florida, Southern California, all closing down bars and I'm learning from that."

"Outdoor is much safer than indoors," he said. " I'm sorry to disappoint you, I think the bars are going to have to pause right now."

In has daily coronavirus update Thursday, Gov. Ned Lamont (D - Connecticut) said he will not move forward with Phase 3 of the state's reopen anytime soon. This includes bars, nightclubs and social clubs.

The pause due in large part to problems with the virus spiking elsewhere across the country.

Lamont, who held his media briefing at Hammonasset State Park's beach, says one of his biggest concerns, heading to this holiday weekend, is that, among the throngs at beaches, will be folks from some high-risk states. 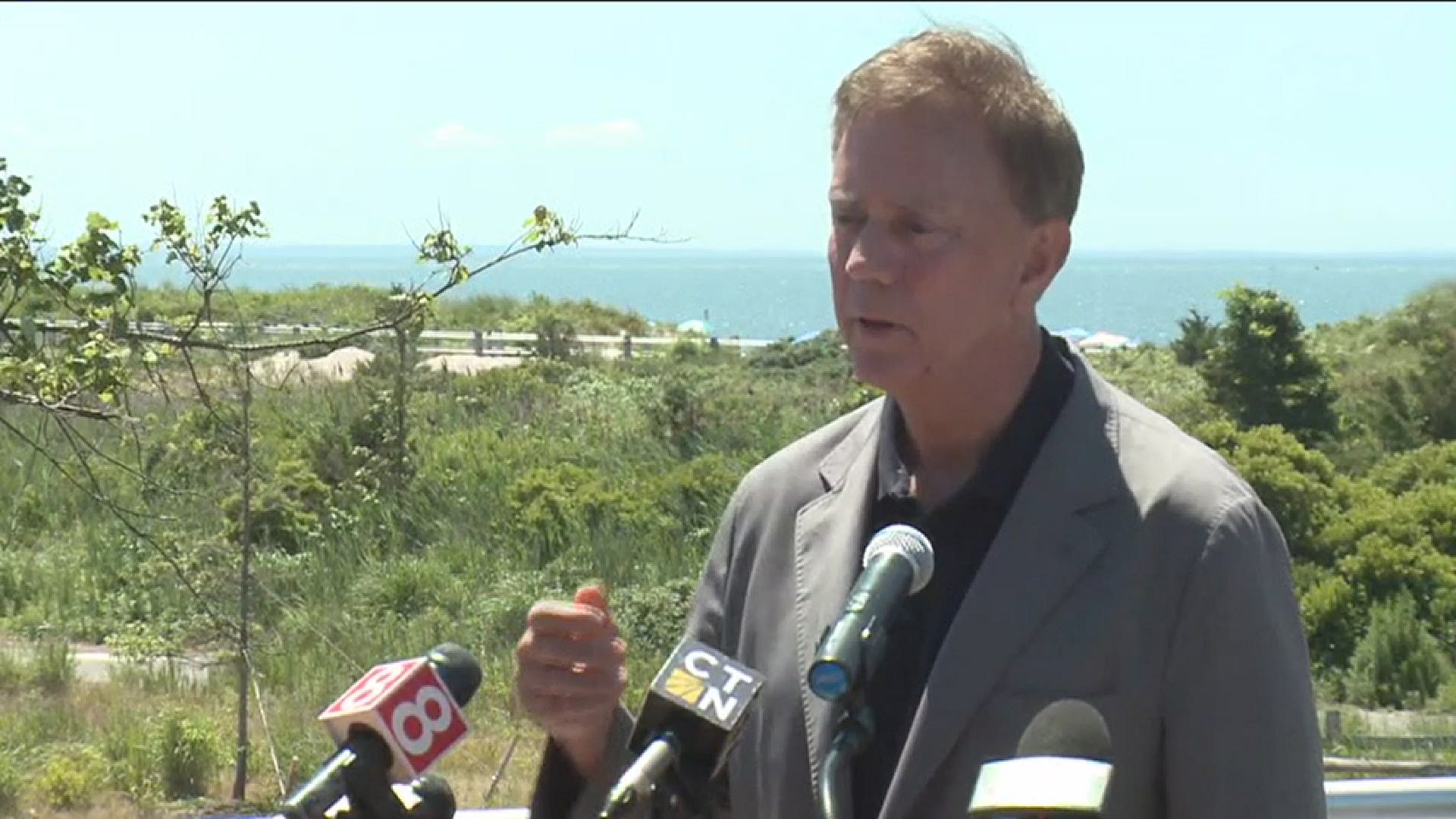 "As I was driving through here, I was sort of looking for license plates seeing if there are any Florida plates or Arizona plates," Lamont said. "We love you, but not this month, guys."

Last week, the Governor declared that visitors from numerous states, including California, Arizona, Texas and Florida would be asked to quarantine for two weeks upon their arrival in Connecticut.

"They have pockets that have an infection rate that’s 10, 20 even 30 times more than Connecticut," Lamont said.

And, it appears folks from those states are listening.

"In talking to our airlines here, when we issued the quarantine directive, the number of people making reservations coming up from say Florida and South Carolina went down about 20 percent, he said.

Despite what’s happening in other states, Lamont will not pull back on the indoor dining, which presently stands at a maximum 50 percent of capacity.

And, while Connecticut has posted seven straight days with fewer than 1% of coronavirus tests coming back positive, beach goers are taking social distancing seriously

"We did think about that," said Janet Vollmer, of Sandy Hook. "That was part of our discussion this morning, whether we should come or not. But, we did wear our masks."

A Hartford area family, deciding the beach was a bit too crowded, stuck to the picnic area at Hammonasset.

"You want to keep what the governor says," said one man. "Stay distant and 6 feet is OK. Use a mask."

"It’s open air, sun, saltwater and I feel like just a regular day at the beach," said Giuseppe Malangone of Wallingford.

One reminder: the state is asking you to keep outdoor groups to 100 or fewer people and indoors at a 25 person limit.