This comes as Connecticut continues to battle an unprecedented rise in violent crime. Leaders are discussing what needs to be done in communities across the state. 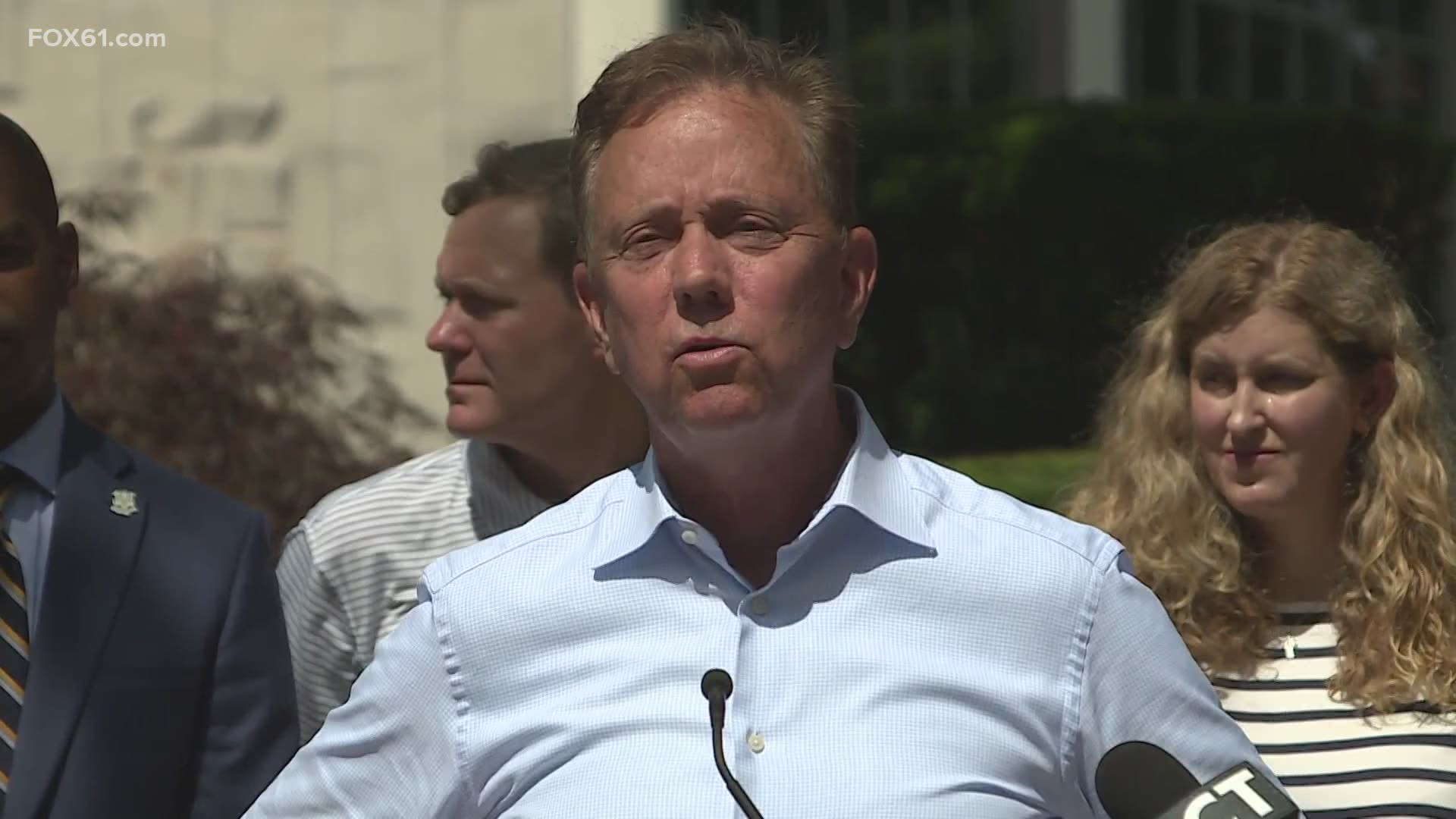 He was joined by leaders across the state, including U.S. Sen. Blumenthal, state senators and mayors.

This comes as the state continues to battle an unprecedented rise in violent crime.

Officials are working to determine what needs to be done in communities across the state.

Police are still investigating a fatal shooting at a Motel 6 in Vernon that that took place in broad daylight Sunday afternoon.

One suspect is in custody a short time after the shooting along Hartford Turnpike.

RELATED: Police investigating a fatal shooting at Motel 6 in Vernon

Last week, an arrest was made in Puerto Rico for one of two suspects sought in the fatal shooting of a Hartford grandmother.

A suspect, identified as Chan Williams-Bey, is accused of killing Siddhartha Lake-Sudan. His defense attorney claims a ballistics report will show the bullet didn’t come from his client's gun. In the meantime, he’s being held on a $1.75 million dollar bond.

According to Mayor Bronin, that's due to an unprecedented flow of firearms into the capital city.