Kids and their families would line the streets, no matter how warm or cold to watch the three kings on their camels stroll by. 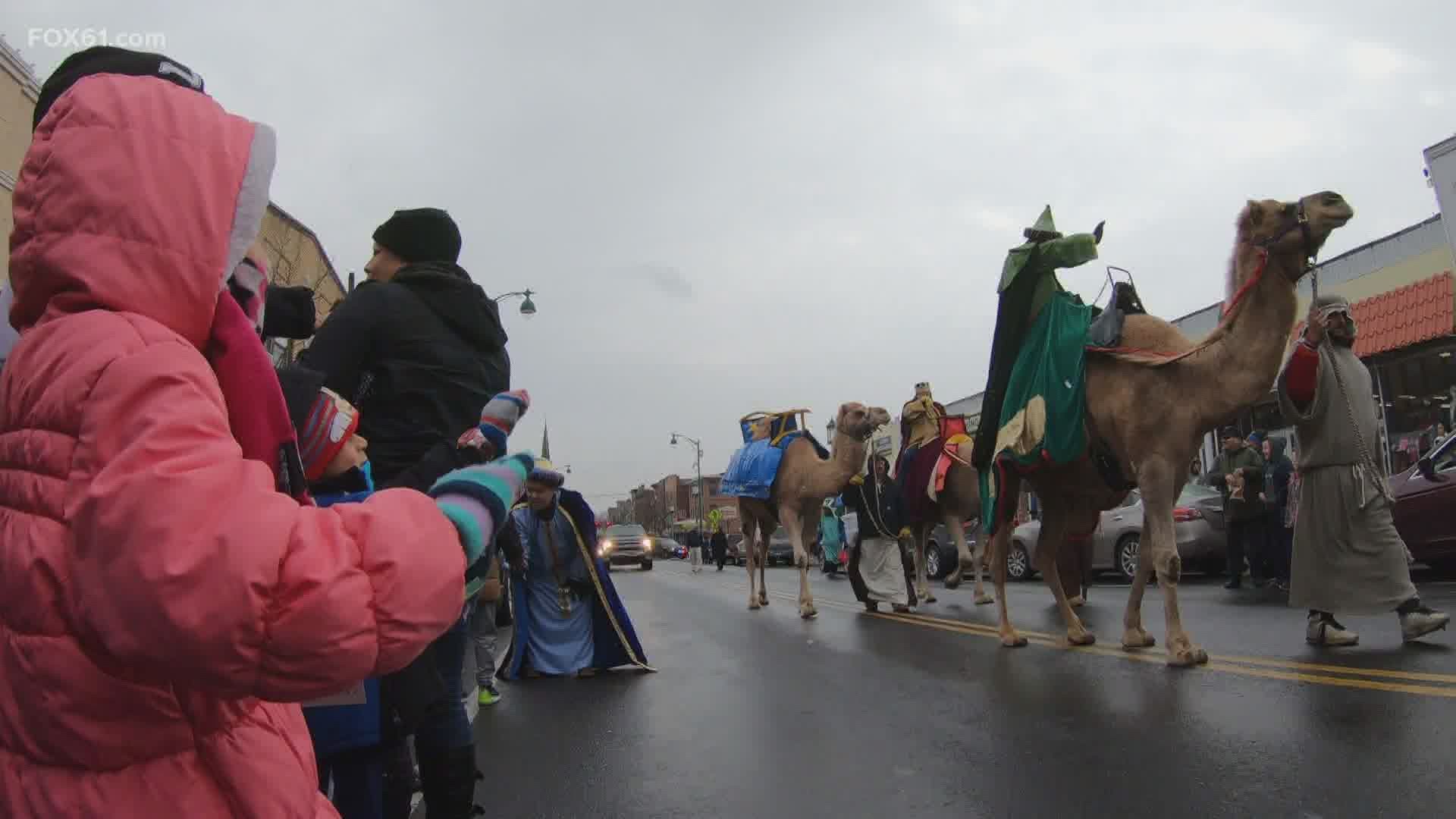 HARTFORD, Conn. — A tradition that has been going on for more than 30 years has been put on pause for the first time.

The spike in COVID-19 cases in Hartford cancelled the Three Kings Day parade, something families look forward to every year.

The sights and sounds of the parade is a huge deal for the Latino communities. With it being a school holiday, kids and their families line the streets, no matter how warm or cold to watch the three kings on their camels stroll by.

The issue, however, for this year is the crowd.

"Just with the amount of folks that will be congregating in a time where with this new year, nothing has changed. It hasn’t given us a clean slate," said Hartford City Councilman James Sanchez.

"People still ask me when I sit here in the office like 'hey is the parade on this year' and I say, 'oh no it’s not on this year,' " said Sierra.

The parade typically starts on Park Street and ends at Pope Park where children are given toys and adults can win raffles.

"Everybody looks out for that day. It’s important because of the kids! We know that there are some kids who won’t get the opportunity to get a toy," said Rep. Gonzalez.

Sierra said it is too early to determine if the parade can be rescheduled to next year and it depends on the number of cases in the city.