Online and in person, the community gathered in the wake of a shocking double shooting. 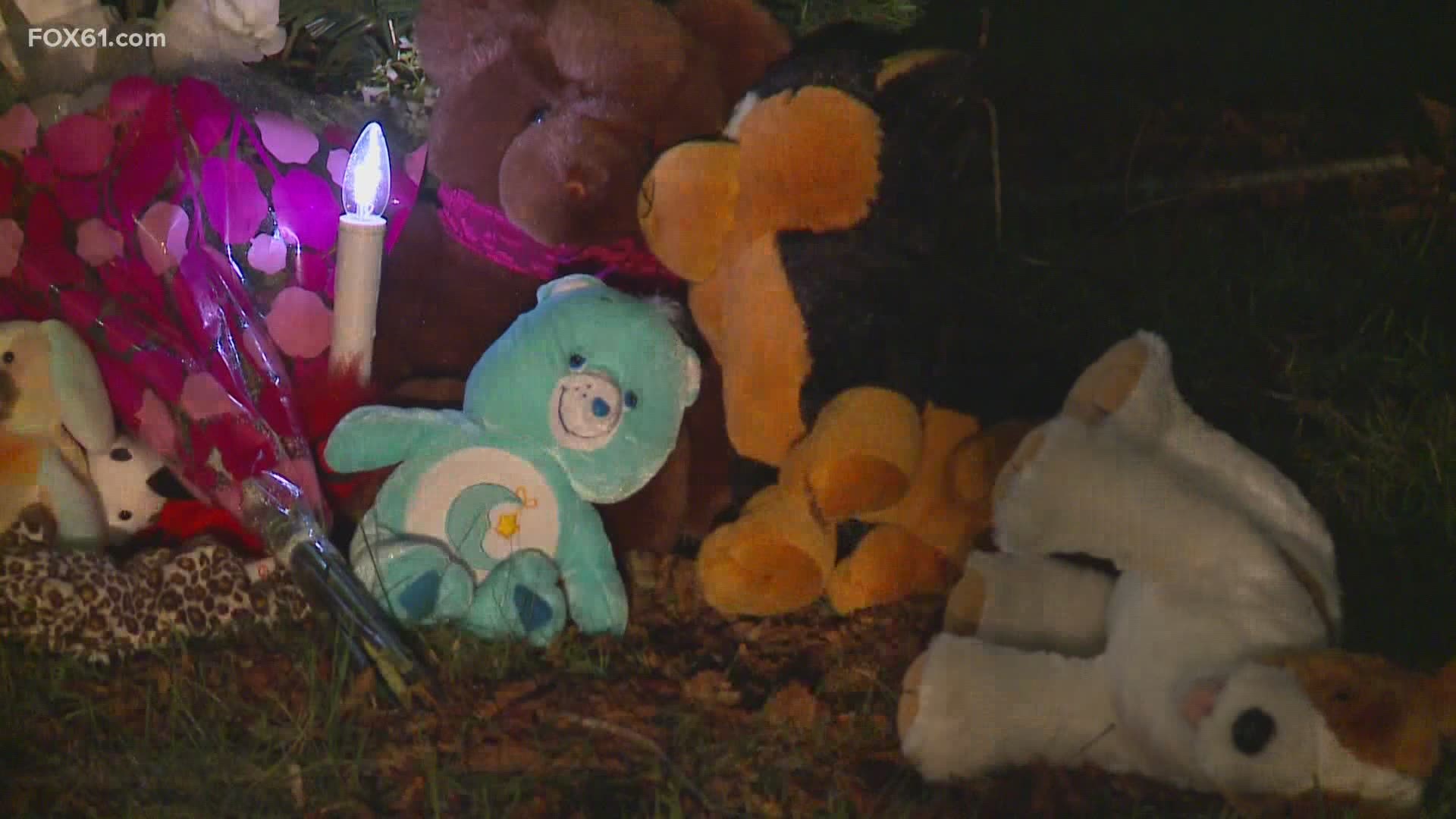 "There’s a lot of children tonight that are asking why," said Tim Critello.

A memorial has been erected upon the town green by a community in mourning. They are praying for the siblings and their family while trying to make sense of the senseless.

"We need to check on our neighbors because we don’t know what they are going through," said Critello.

The memorial placed under a tree draped in prayer ribbons is surrounded by candles, stuffed animals, and mementos. Many in the tight-knit community have made their way to the spot to pay their respects.

"I had an Angel that I had at home, but I wanted to bring up here. A stuffed animal and a snow globe that says hope and peace. I think we all need that right now," said Faith Critello.

A memorial has been erected on the Plymouth Green for a young life tragically lost and another fighting for theirs. Another has been set up in front of the home. Today members of the community held a prayer to call for strength, comfort and unity. More tonight at 10 on @FOX61News pic.twitter.com/j4myT9wBDL

Another memorial is set up in front of the home at 104 North Main Street where the tragedy occurred. Police were called to the home around 5:30 pm Friday. The oldest sibling was shot and killed while the youngest remains in critical condition. A middle child was not home at the time of the shooting. Authorities have not identified the two or if they have any relation to Bell.

A virtual vigil attended by over 250 people asked for strength and comfort. The service called for the community to keep the Bell family in their thoughts and prayers and think of their neighbors as we continue to battle a pandemic that has brought stress on so many.

"I can’t imagine one of my children being gone like this," said Tim Critello, "Parents just hug your kids tighter."

Bell is being held at $2.5 million dollars bond and will appear in New Britain Superior Court Monday.