Impacted voters reported to the Town Clerk's office that they had received ballots for the wrong voting district, listing the wrong candidates. 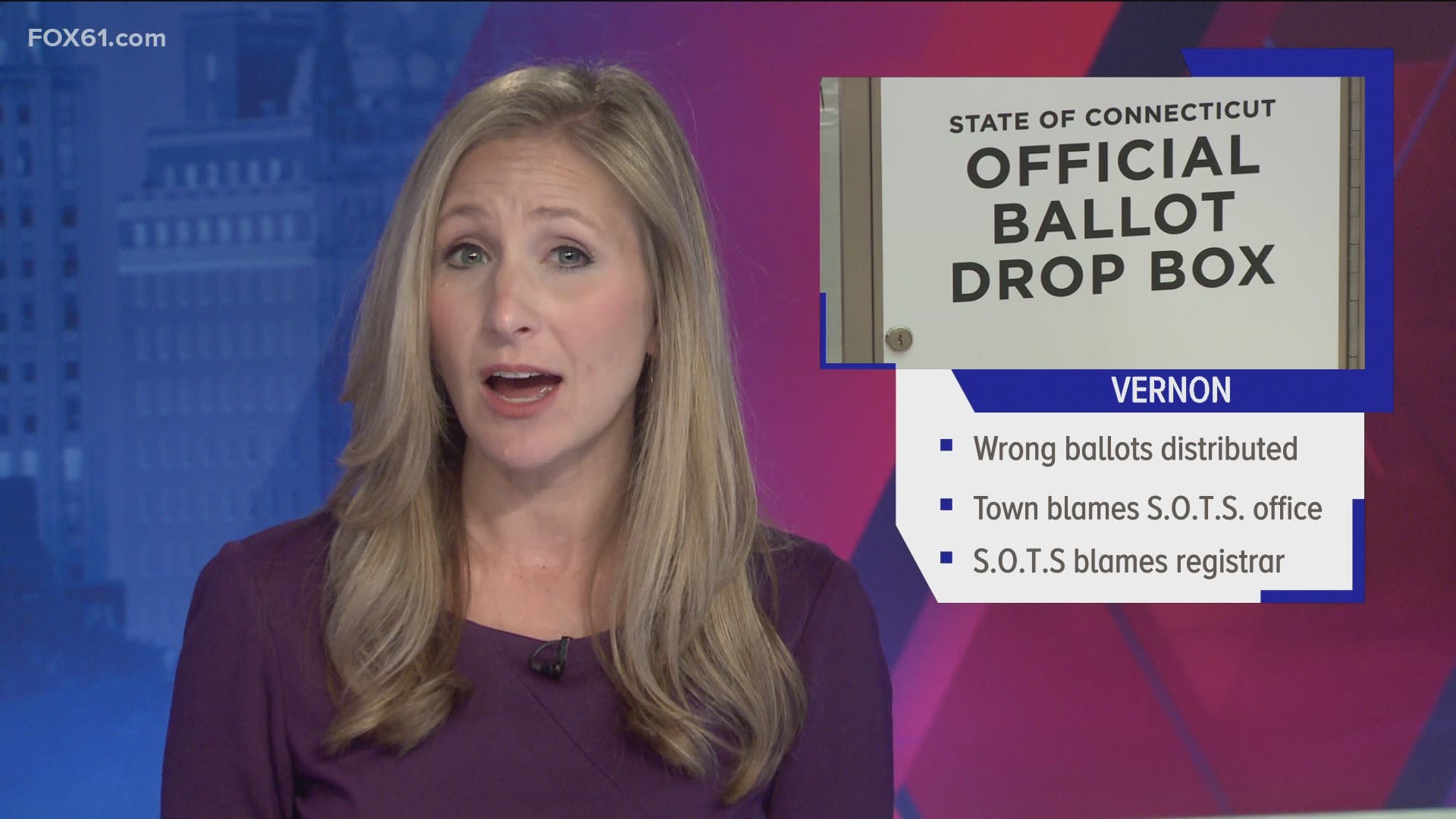 VERNON, Conn. — The Town of Vernon announced Tuesday evening that "a flaw in the Secretary of the State’s Centralized Voter Registration System" has caused some voters to receive the wrong ballots.

However, the Secretary of the State’s office disputes Vernon's claim and tells FOX61 that there is no flaw in the voter registration system.

According to a release, impacted voters reported to the Town Clerk's office that they had received ballots for the wrong voting district, listing the wrong candidates.

Vernon Mayor Dan Champagne says the integrity of our voting system is essential to the democracy.

“We are taking steps to make sure our voters receive the proper ballots so that their votes count,” Champagne continued.

Town Administrator Michael Purcaro said it was a coding error that caused the wrong voting district to be listed on the mailing label.

Vernon officials said they were told by the Secretary of the State’s office that the same issue was potentially affecting over 100 registered voters in town, as well as over 30 communities across the state.

However, before contacting Merrill's office, the town says they were never notified of the problem.

“Despite this lack of notice or guidance from the State, the Town has implemented procedures to correct the problem and protect one of our most basic civil rights – the ability to vote in a free and fair election," Purcaro said.

The Secretary of the State’s office issued the following statement:

There is no flaw in the voter registration system and no coding error, just incompetence in Vernon Town Hall. The voters of Vernon deserve better.

Vernon Town Clerk Karen Daigle said they have put internal controls in place to ensure that the proper absentee ballot is mailed to anyone who requests one.

“For those who received absentee ballots before the system error was discovered, we have procedures in place to verify, without opening the ballots, that the voter received the correct ballot. If an error is detected, we will contact the voter to ensure he or she receives the right ballot," Daigle added.

The absentee ballots were mailed on October 2.

Any resident who received an absentee ballot is asked to ensure it is for the district in which they live.