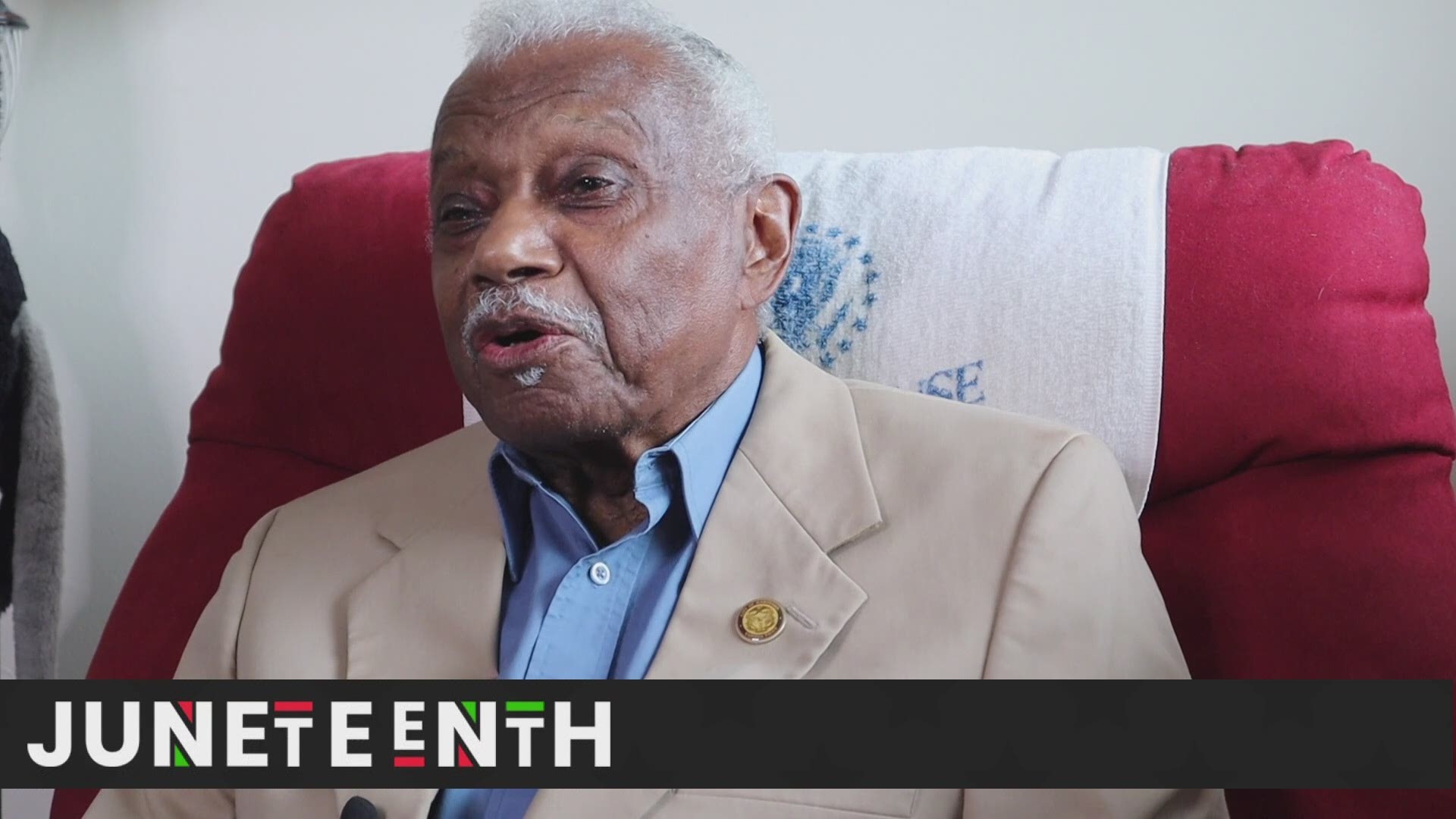 BLOOMFIELD, Conn. — On Saturday, millions across the world will commemorate the 156th anniversary of Juneteenth.

June 19 marks the actual end of slavery in America.

On that day in 1865, Union soldiers – led by Major General Gordon Granger – rode into Galveston, Texas.

It was there that he announced the Civil War had ended and read General Order No. 3., which stated: All enslaved people are free.

While President Lincoln's Emancipation Proclamation became official on Jan. 1, 1863, those still enslaved in Texas had not yet received that information.

“The fact that the people of Texas did not share the news that the emancipation had been declared, it is one of the dastardly and horrendous acts in our history,” African American Studies professor and historian, Dr. Benjamin Foster, told FOX61 News.

While celebrations were jubilant among formally enslaved people after the announcement, Dr. Foster noted that former slave owners and others in Texas resented their emancipation.

“They treated them very harshly, bodies could be found hanging on trees or floating in rivers,” he added.

However, the newly freed slaves marked the occasion by dressing up, singing spirituals, hearing sermons, enjoying traditional delicacies and prayers.

The name Juneteenth comes from a blending of the date. The holiday serves as an opportunity to cherish freedom, but also poignantly acknowledge the history of slavery in the country.

RELATED: Here are the Juneteenth 2021 celebrations across Connecticut

More than 150 years later, Juneteenth remains a day that is observed by millions across the country.

President Biden is expected to sign a bill Thursday that will officially declare June 19 a federal holiday.

"But simply recognizing a day and educating people about our country's history is not enough,” Lamont said after issuing the state Proclamation. “We must do more. We must take action to reach the goal of a more equal and just society.”

When asked why it is important for everyone to recognize and celebrate Juneteenth, Dr. Foster explained that it is simply the right thing to do.

“From my perspective, it’s the recognition of the humanity of a people who have given so much to this nation,” Foster said.

Dr. Foster noted that African people were the producers of the three major crops - tobacco, rice and cotton.

However, he said the significance goes beyond the times of slavery.

“When you go on to look at all the inventions and other contributions that people of African descent have made to these United States; by celebrating an end to a most inhumane act, is just the right thing to do,” he concluded.