Her business is typically open during the hours the shots rang out Tuesday, but the business was shut down for the day, due to a family funeral due to COVID-19 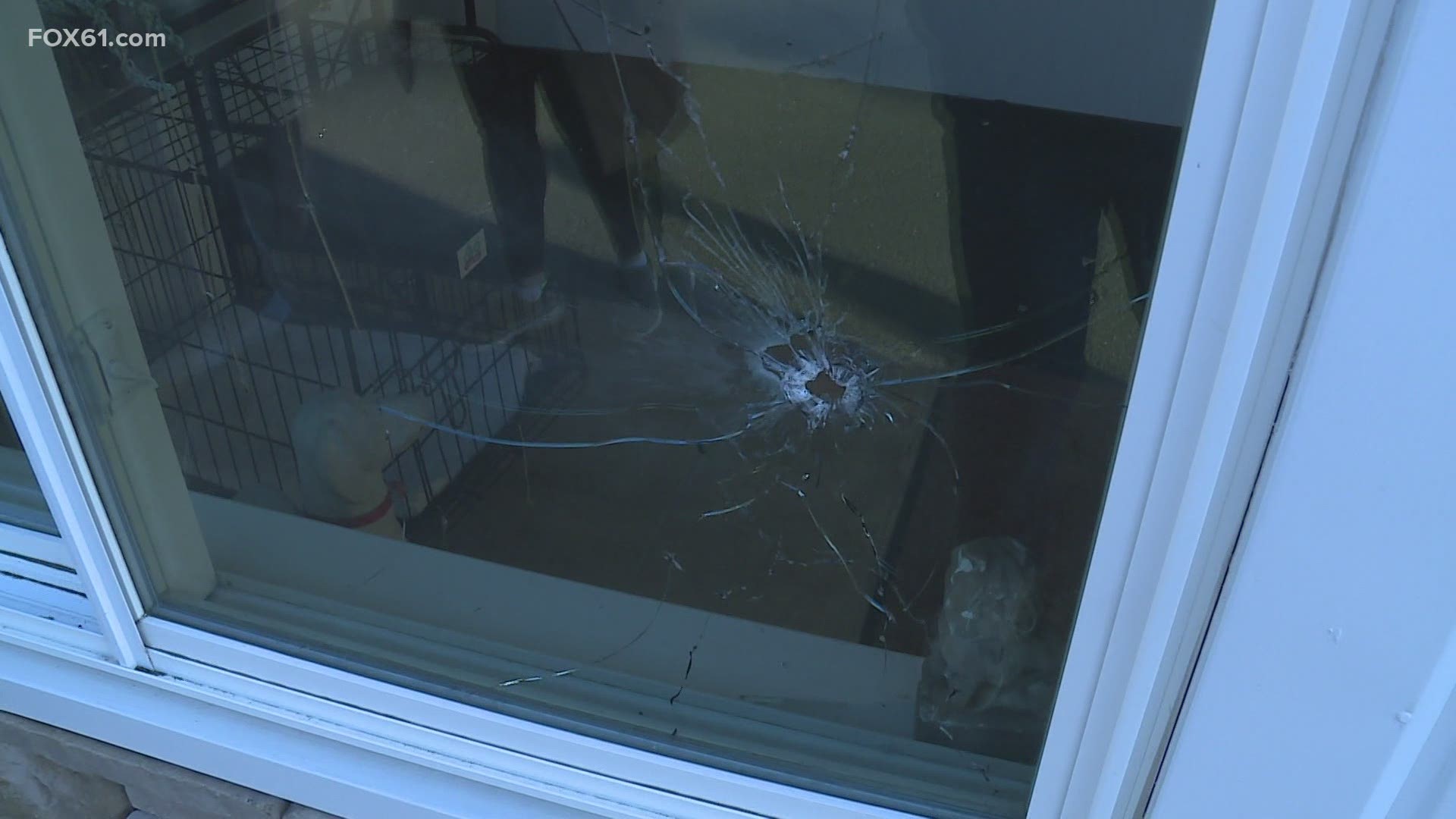 BRANFORD, Conn. — The community and local businesses are coming back to work after shots rang out for hours in a stand-off with police.

Colleen Hainsworth owns Angel Paws Dog Grooming on Main Street in Branford, across the street from where shots rang out of a second-story apartment.

"I was told the building had taken a couple of bullets, so I was expecting more damage than this. This is fixable but it's unnecessary. If gun violence has to touch your life, I guess this is the best way for it to happen, when no one is in the building" said Hainsworth.

Angel Paws Dog Grooming is typically open during the hours the shots rang out Tuesday, but the business was shut down for the day, due to a family funeral due to COVID.

"We were leaving the cemetery and my phone just started to blow up. I had clients and friends that were in town that had gotten the alert, texting, asking me if I was okay, asking if everything was alright" said Hainsworth.

Hainsworth now realizing that the funeral, which closed her business for the day, was a blessing in disguise.

"It's just beyond comprehension that this kind of a thing would happen that I'm just so thankful that nobody was, knowing that the bullets were actually coming in this direction, I'm thankful that there wasn't anybody here to have to survive it or get hurt by it," said Hainsworth.

Angel Paws is to remain closed until her business, now a part of a crime scene, is fully processed. Hainsworth, along with other business owners are thankful that the damage wasn't much worse.