FOX61 spoke exclusively with Aaron Freeman, the 11-year-old boy, who's being hailed as a hero in the incident. 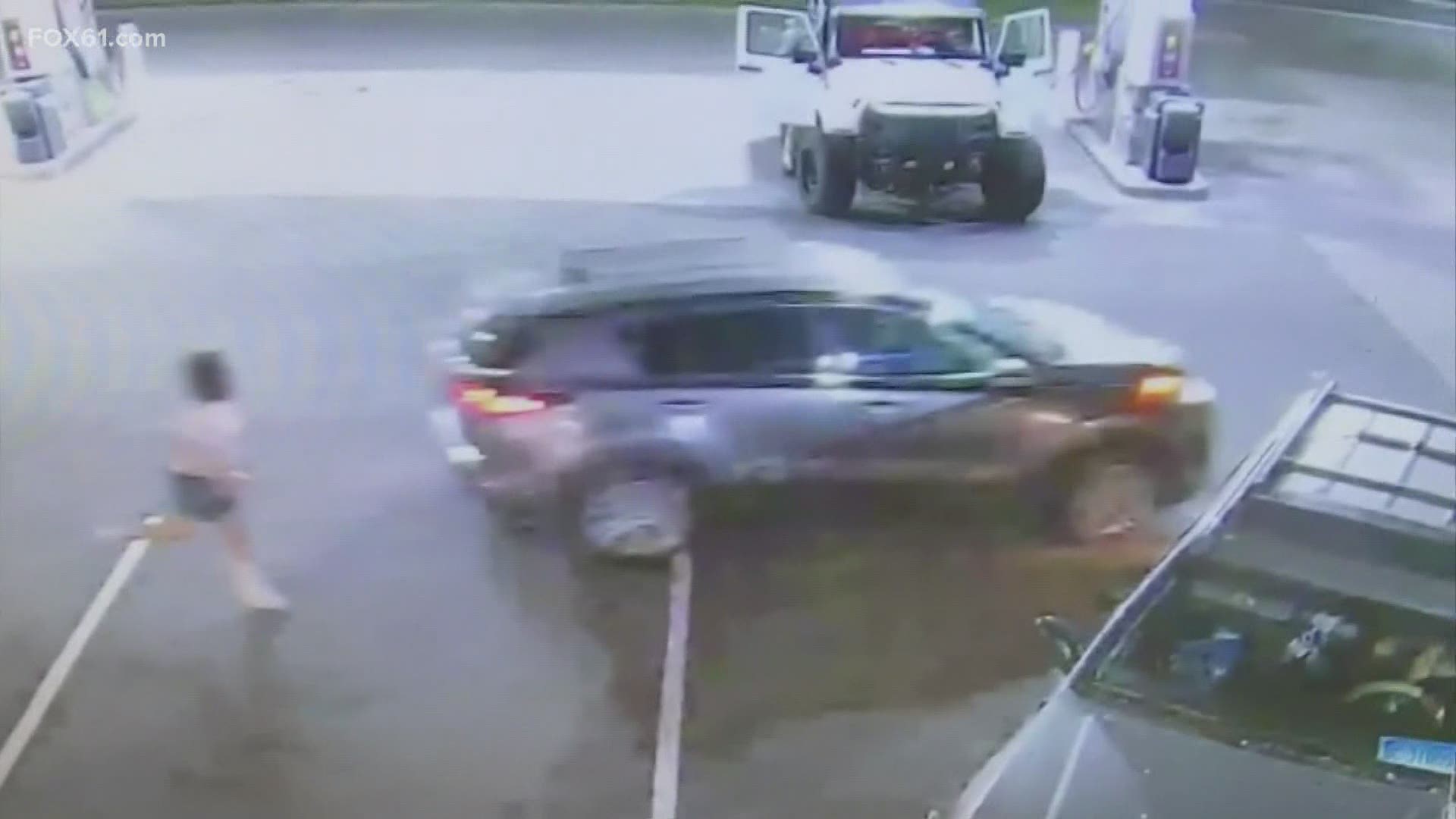 WOLCOTT, Conn. — Sunday night's terrifying carjacking at a Wolcott Cumberland Farms has scarred the Waterbury mother and children it impacted.

FOX61 spoke exclusively with Aaron Freeman, the 11-year-old boy, who's being hailed as a hero in the incident on Thursday.

Freeman says he now dreads when it gets dark out a night because it was nighttime when the crime of opportunity unfolded at Cumberland Farms on Meriden Rd. in Wolcott.

Since the terrifying carjacking, during which the 11-year-old boy jumped out of his mother's car that had just been stolen, he has experienced terrible nightmares.

"It’s like it replays in my mind what happened, and I could see everything over and over," Freeman told FOX61.

During his nightmares, his mother Deserea Morris says he screams out for his 5-year-old sister, Dez'ariha Morris, who was in the car with him when it was stolen from Cumberland's.

"I can’t go to sleep if she’s not next to me," said Freeman.

Deserea Morris says she now regrets leaving her children in the car unattended for the first time ever as she ran in to get her son Tylenol and a gift card for a teacher.

"I should’ve never have left my kids by themselves," said Deserea Morris. "It’s the biggest mistake that I ever made in my life."

Due to 11-year-old Aaron having a fractured leg and 5-year-old Dez'irayah was sleeping, mom left the kids in the car and told her son to lock up.

"But I was like on Tik Tok, watching Tik Tok the whole time so at the time I couldn’t hear her," said Freeman.

As his mother got into the store, Aaron says he was startled when someone jumped in his mom's driver seat.

"A kid just came in from the side and opened the door and all I screamed was mom and then when he drove, he looked back and I just hopped out when he looked back," said Freeman.

The boy hopped out trying to avoid being hit and then realizing his sister was in the car he ran after it on a fractured leg.

"I didn’t care about the pain. I just wanted to save her," said Freeman of his sister.

"I could tell you sorry 1 million times I’m sorry I didn’t mean it," said Deserea Morris. "I’m sorry but I can tell you this too that you are a hero."

Five-year-old Dez'ariha Morris was found unharmed and asleep in her mother's abandoned car after a two-hour search. Wolcott Police have not yet determined whether the mom will be charged.